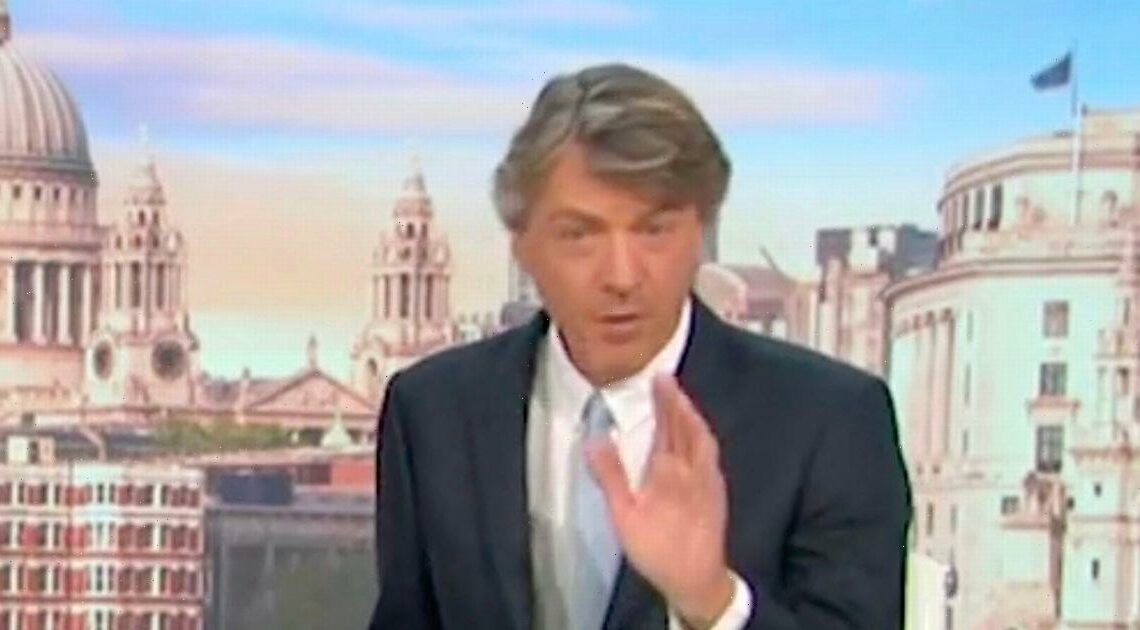 Richard Madeley was forced to apologise after he questioned whether the death threats made to Labour leader Keir Starmer were a "big deal".

In spite of the TV veteran's apology statement, Good Morning Britain fans called for the TV host to be sacked over his "lack of respect and nastiness".

Viewers of the ITV show flooded Twitter with their comments after Richard had attempted to set the record straight on Tuesday morning.

Another barked: "Death threats are not trivial and should be taken seriously. GMB now need to sack Richard Madeley."

A third online user demanded: "Richard Madeley must apologise to Keir Starmer and Angela Raynor about his lack of any respect and his nastiness. GMB can do better?"

"OMG that pathetic attempt at an apology Richard Madeley exacerbated your disgusting remarks about death threats towards Keir Starmer yesterday! GMB he needs to go," moaned a fourth.

While a fifth explained that they had been so angered by Richard's comment that for the first time ever they had filed a grievance with the regulator Ofcom.

They said: "I have never, in my whole 66 years, complained to Ofcom but I did today. Disgusting exchange between Richard Madeley and Andrew Pierce about death threats to Keir Starmer."

After Richard came under fire for seemingly down-playing the seriousness of death threats he attempted to remedy the situation.

He told viewers: "I tried to pose a question in one of our earlier discussions about how prolific online death threats are.

"I didn't actually quite address it properly, I didn’t go into enough and wanted to reiterate the obvious statement.

Good Morning Britain airs weekdays at 6am on ITV