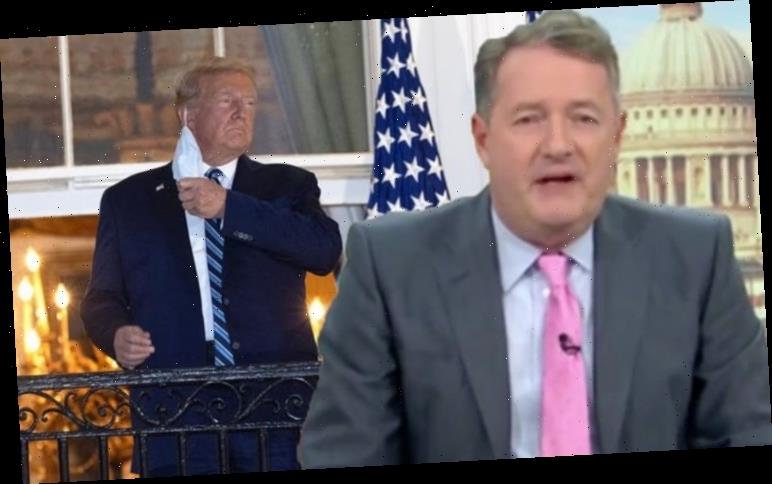 One of the top headlines on Good Morning Britain was Donald Trump’s return to the White House after he contracted coronavirus. Piers Morgan and Susanna Reid invited two guests onto the show to discuss whether or not the US President’s move was acceptable and how it could affect his chances in the upcoming election.

However, the debate quickly descended into chaos as all participants ended up speaking over one another.

Piers clashed with a Trump supporter as they argued over whether the President should have kept his mask on when entering the White House.

“He shouldn’t be taking his mask off when he goes in and comes across a group of people,” the presenter raged. “Why is he putting their lives at risk?”

The Trump supporter hit back: “This is the President of America, you’re telling me in his house, the White House, which happens to be his house. You’re telling me whether it’s there or Downing Street, that any world leader that is around any other person should be wearing a mask even in their own home? Give me a break.” 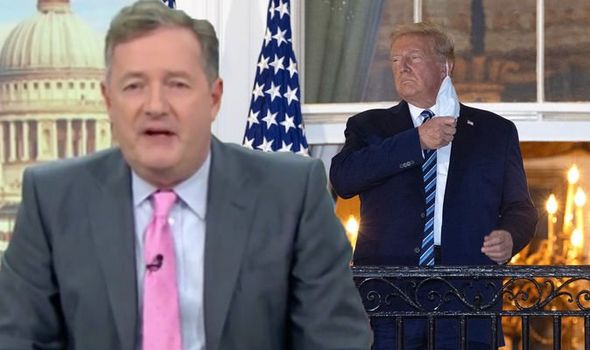 The pair continued to shout at one another leaving viewers struggling to work out who was saying what.

Taking to Twitter to complain, one viewer raged: “#GMB wow just a big shouting match, all of em at it. No wonder nobody from government wants to go on, it’s embarrassing, very unprofessional.”

Another added: “Let’s have a heated debate? That was not good television! sorry @piersmorgan #GMB.”

“#GMB another day another absolute car crash of an interview,” a third posted.

Someone else tweeted: “Embarrasing. Everyone shouting and talking over each other. Susanna can’t get a word in. She might as well not be there. Show is a mess. #GMB.”

“That was not a debate, it was a shouting match and an embarrassment to watch…@gmb #gmb,” a fifth tweeted.