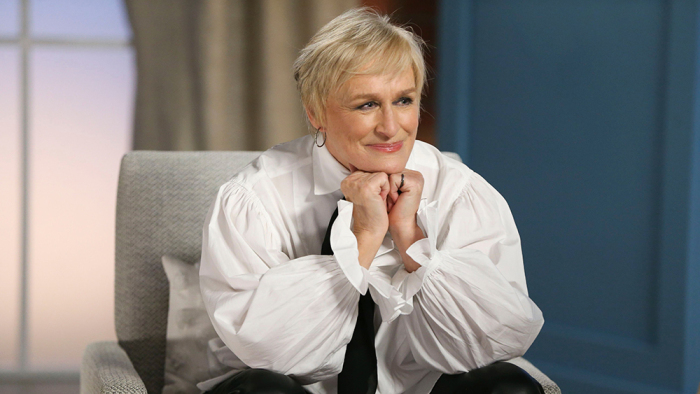 “The Wife” features a tumultuous relationship between a married couple (Jonathan Pryce and Glenn Close), and one scene in particular shook Close to her core, so much she almost refused to do it.

“The one where he’s dying and he says, ‘Do you love me?’ It was so upsetting to me that I stopped and said, ‘Do we have to have that line?” Close says. “‘Does he have to ask me that question as he’s dying? That’s not fair!’ But it’s more about him, and that’s what breaks my heart about that character, because he didn’t ever think he was worthy of love.”

Close also says the messy, tortured element is exactly what she loved about the story. “It was grown up and it was realistic and it was complex,” she says to Sam Elliott in Variety’s Actors on Actors series.

The actress also reflects on working with Robin Williams and director George Roy Hill for her first film, “The World According to Garp.” She says Hill never coddled anyone, and recounts the time when she told him about how hard it was to transition from theater to the stage.

But at the same time, Close says Hill cared deeply about the actors he worked with and that he gave her notes about two habits she overused, “that still I would do and not be aware of, it it wasn’t for him,”

“The slow shake of the head, and then also he said I could do a slow blink,” Close says, reenacting her old mannerisms.

She also worked with Williams when he was at his “wildest,” as he had reached the height of fame, thanks to “Mark & Mindy.”

“Robin was so wonderful,” Close reminisces. “He worked hard and had that great gift of making people laugh when they needed to.”

What Is the Best Christmas Movie of All Time?
World News