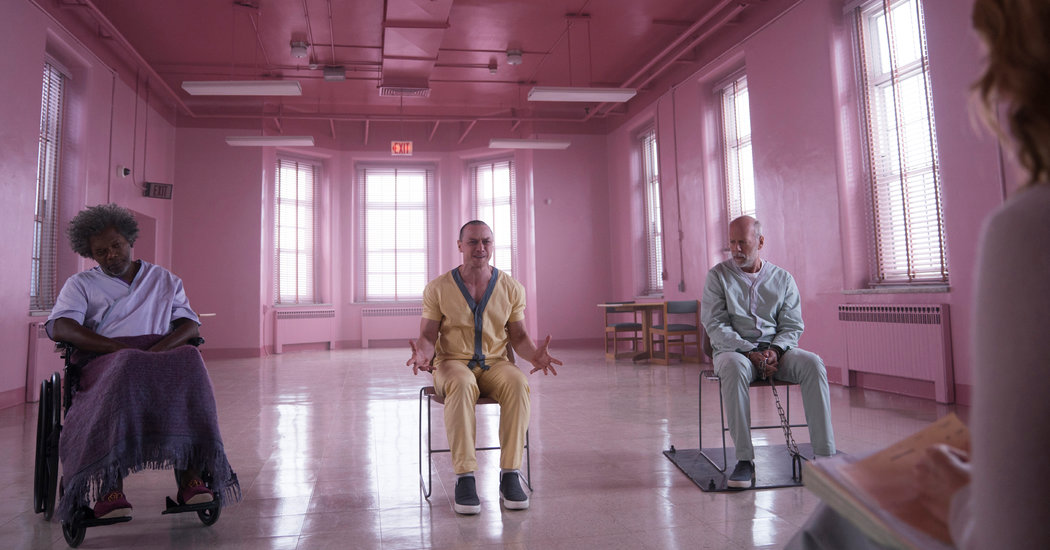 ‘Glass’: 5 Things That Left Us Scratching Our Heads

This article contains extensive spoilers for the film “Glass.”

M. Night Shyamalan’s “Glass” was, as expected, a box office smash over the weekend, taking in more than $46 million domestically over a four day period. Shyamalan has sent mixed messages over whether this story — thus far an original superhero trilogy that also includes “Unbreakable” (2000) and “Split” (2017) — might continue beyond “Glass,” and with that film already profitable, he may feel pressure to do so. (Shyamalan self-financed “Glass” for a modest $20 million.)

But based on where “Glass” left us, the “Unbreakable” trilogy would be a tricky tale to continue, and not only because of the fates of its main characters. It also left a lot of unanswered questions, not least of which was: Why did it feel so anticlimactic?

Any lingering questions of your own? Still waiting for that plot-saving twist? Let us know in the comments. 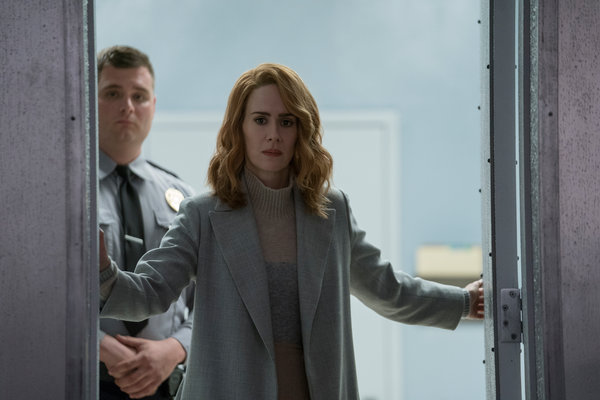 Why was Raven Hill Memorial so understaffed?

For the bulk of the picture, our three key characters — the superhero David Dunn (Bruce Willis) and the super villains Mr. Glass (Samuel L. Jackson) and Kevin Wendell Crumb (James McAvoy) — are held at a psychiatric research hospital for observation and testing by Dr. Ellie Staple (Sarah Paulson). She tries to convince them that they’re merely mentally ill, but even so, they’re all dangerous men responsible for assaults and deaths … so why, as far as we can tell, are all three left in the care of a single orderly for hours at a time? Has the hospital been abandoned? (Staple keeps saying she has only “a few days,” though she never indicates why.) If it has, why, suddenly, are other patients and employees there to herd around during the film’s climax?

Why the red herring of Osaka Tower?

Speaking of that climax: Why go to the trouble of setting up a big final confrontation at a huge public event (the unveiling of a new Philadelphia skyscraper), only to have our heroes duke it out in the parking lot? Was there some kind of budget revision once shooting was underway? Was a set not finished in time? Was Shyamalan just trying to create the biggest “get to the fireworks factory” moment in contemporary cinema?

Was our hero really killed by … drowning in a puddle?

“Unbreakable” took great pains to establish Dunn’s Kryptonite: He is rendered powerless by water, the result of a near-drowning as a child. (Shyamalan has weakness for water himself; it also kills the aliens in “Signs,” and it incites the action of “Lady in the Water.”) So when he finds himself fighting in a swimming pool at the end of “Unbreakable,” or battling the Beast in a giant tank at the end of “Glass,” the stakes are high and the danger is real.

Does it not seem a little anticlimactic, then, that he is apparently snuffed out for good when a thug holds his face in a puddle? It’s not even a deep puddle! He’s very strong! Stronger than the guys holding him down!

Did Shyamalan really do that to Casey Cooke?

Casey Cooke (Anya Taylor-Joy) was, to borrow the horror terminology, the “Final Girl” of “Split,” kidnapped by Kevin, terrorized and tortured, but alive at the end to tell the tale. Her survival was thanks to keen survival instincts that were partly a response to a lifetime of sexual abuse by her uncle. The trauma of her experience with Kevin prompts her to confront that other monster in her life, and by the time we get to “Glass,” she has reported him to the police and found a new home with a foster family.

It is especially troubling, then, that “Glass” makes her into a sympathetic shoulder for a man who literally almost ate her — the good woman who will bring out the best in poor Kevin just as long as he can “stay in the Light.” Casey’s journey was part of what made “Split” more than just another monster movie. Her regression in “Glass” is an outright betrayal.

And how powerful would those videos actually be?

Although our three marquee stars are wiped out by the end of “Glass,” its concluding scene assures us that their legacy will live on thanks to Mr. Glass, who ingeniously preserved the security camera feed of the events at Raven Hill. And thus, the world will see Kevin (as the Beast) galloping and transforming; they’ll see David bending steel; and they’ll see those evil agents drowning him to death. And those images will change the world!

But would they? The videos look like the kinds of manipulated content that pops up on Facebook feeds every day. And videos capturing police abuse, sad to say, rarely create lasting change.