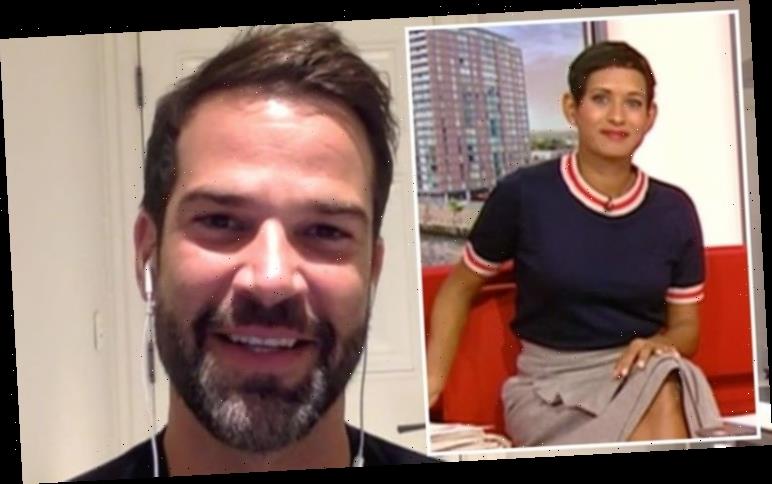 Gethin Jones teased by Naga Munchetty over ‘going wrong’ on new show ‘Put money on it!’

BBC viewers will soon have a new programme to tune into every weekday after it was announced last month Gethin Jones and Kym Marsh would be at the helm of the daytime show set to follow on from BBC Breakfast, titled Morning Live. The pair will be joined by a host of experts to talk about some of the biggest issues in the UK areas such as health, lifestyle and food. This morning, Gethin joined Naga Munchetty and Charlie Stayt to discuss his new venture – but he went on to joke the former had “put money” on something going wrong live on-air.

The show was revealed to be coming to screens last month in a bid to rival ITV favourite Lorraine.

And Gethin was a guest on Saturday’s edition of BBC Breakfast to give a bit of insight into what would be coming up ahead of Monday’s debut.

The BBC favourite – who regularly steps in to present The One Show and is Strictly Come Dancing’s roving reporter – will be joined by Kym Marsh to host the new show.

This morning, Naga and Charlie asked Gethin how he had felt being able to present on The One Show during the ongoing coronavirus crisis. 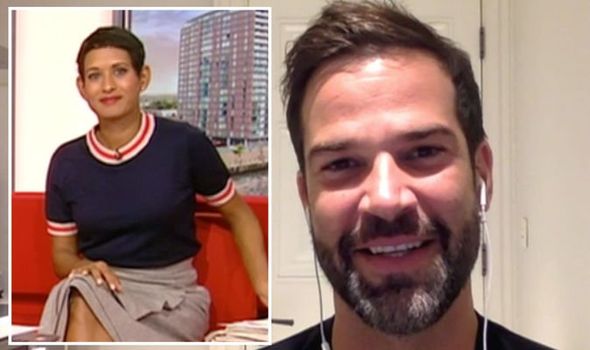 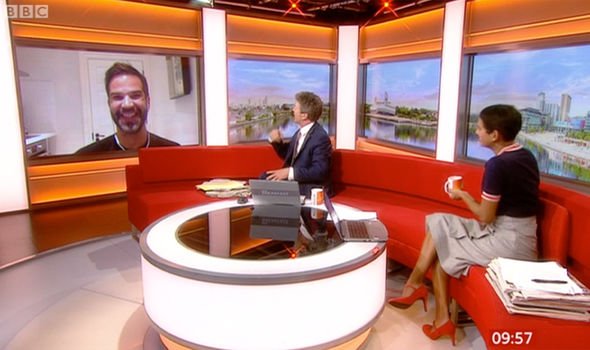 He has presented alongside Alex Jones on multiple occasions and admitted: “I really enjoyed doing The One Show during lockdown too.

“You really felt that immediate engagement from people, sort of that live event,” he said – as he addressed the challenges of live TV.

When quizzed further on the issue, the star joked: “I put… Naga will tell you, she’ll put money on me doing something wrong this week!”

Getting in on the light-hearted joke, Naga replied: “I already have,” which caused Gethin to burst into laughter. 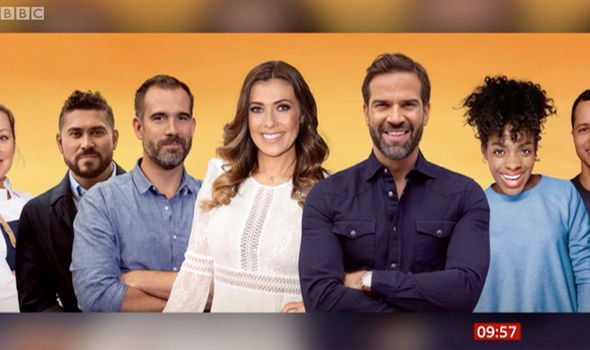 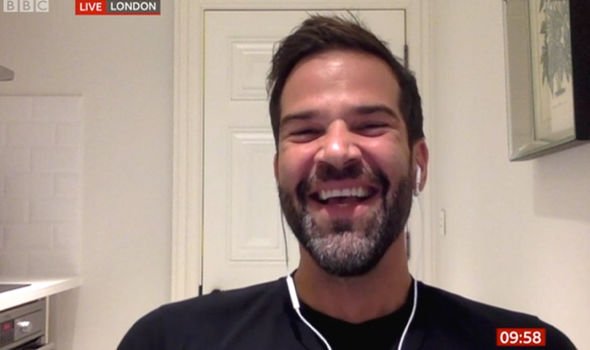 The presenter added: “We’re just doing television and we’re trying to do our best job. Quite honestly, I feel really privileged to work at the moment.

“My sister works at a Covid ward in Wales and my mum and dad are shielding. So I feel really lucky to go to work, I feel really safe doing it,” he said.

The much-loved presenter will co-host alongside former Coronation Street star Kym, who exited the soap in dramatic fashion at the end of 2019.

And it seems the pair are making quite the pairing already as he praised his new co-star’s sense of humour.

“Kym and I have very much the same sense of humour so, from a personal point of view, I’m delighted!”

Detailing the special way his family will be involved, he said: “I am filming with my mum a bit next week and also my nephew has autism, it’s going to be a lot of fun along the way!”

Charlie couldn’t help but also comment on a near-avoided blunder as they addressed the struggles of live TV once more.

Gethin had been joining them via video-link and was luckily not interrupted by anyone during his interview.

Charlie said: “Given what you said about things going wrong I’m a bit disappointed no one’s walked through that door.

“I’ve been waiting for someone to burst in behind you and have it all go wrong but it’s all gone very smoothly – as I’m sure it will on Monday,” the host reassured him.

Beginning next week, the programme will look at some of the biggest concerns in areas such as lifestyle, health and food.

The show’s team will feature some other BBC daytime regulars including Dr Xand van Tulleken and Rav Wilding.

BBC Breakfast airs daily from 6am on BBC One and Morning Live airs weekdays from 9:15 on BBC One.