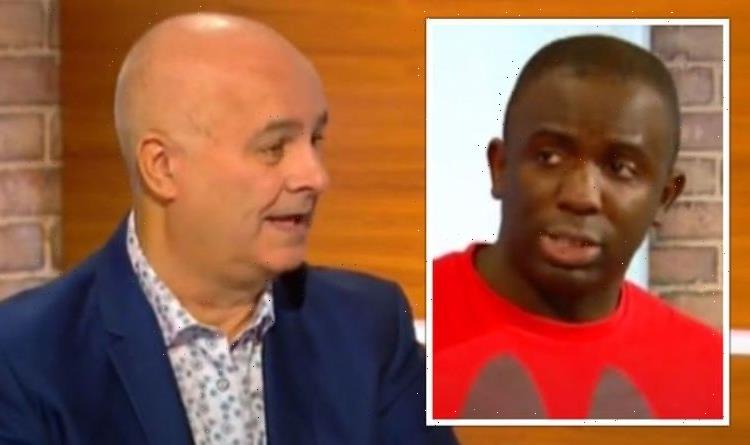 ‘Get your facts right!’ Iain Dale clashes with Femi as Covid debate turns into Brexit row

Iain Dale shuts down Femi over 'scientific advice' on coronavirus

Femi Oluwole made comparisons between the handling of the Brexit debate and the coronavirus pandemic and claimed the Government’s history of distrusting experts and ignoring their advice is at the detriment of UK citizens who have also adopted this way of thinking. Mr Oluwole explained the Government ignored experts on fishing which has led to the industry in “tatters” and added exploring personal freedoms during the pandemic would lead to your grandparents dying. But fellow panellist Iain Dale picked up on Mr Oluwole’s argument and accused him of getting his facts wrong by telling him Prime Minister Boris Johnson never made comments about distrusting or ignoring experts.

Speaking on the Jeremy Vine Show, the panel debated the Government’s handling of the pandemic and the advice given by experts on furlough, rising cases and travel restrictions.

The UK is set to publish its review of the Covid travel restrictions which is looked at every three weeks.

The BBC reports the proposed amber watch list, which includes countries that are at risk of being put on the red list quickly, has been scrapped.

Chancellor Rishi Sunak penned a letter to Boris Johnson urging the lifting of travel restrictions to save the summer travel industry with other MPs reportedly backing the move.

But Mr Oluwole thought the move would be reckless and feared lifting the restrictions would open up the UK to more cases and variants.

He told the show: “[The Government] are the ones who spent the last five years telling us we didn’t need to listen to experts, we didn’t need to follow the same rules as other countries, that we can pursue personal sovereignty and there won’t be at cost.

“And now they have to tell us you have to listen to experts, you have to follow the same rules as other countries and if you’ve followed personal freedom, your grandparents will die.

“It’s their ideology that led to this.”

But Mr Dale intervened and said: “With respect, if you can make that argument at least get the facts right.

“Boris Johnson did not say that nor did Dominic Cummings, it was Michael Gove who said we’ve had enough of economic experts.”

In 2016, Cabinet Office Minister Michael Gove was interviewed by Mr Dale for LBC and said people “had enough” of economic experts.

He explained economic forecasters were often wrong as he defended voting for Brexit against economic attacks.

Later on, he apologised for the comments but stressed they were taken out of context.

Mr Oluwole said Mr Johnson had commented against “doomsters and gloomsters” when talking about the pandemic.

The commentator appeared to be referencing Mr Johnson’s first speech as prime minister where he said: “The doubters, the doomsters, the gloomsters, they are going to get it wrong again.

“The people who bet against Britain are going to lose their shirts because we’re going to restore trust in our democracy.”

Mr Dale responded: “What would you like a prime minister to say that we should just take notice of all the doomsters all the time?

“Part of the role of a prime minister is sometimes to look on the bright side and give the country a lead – you could argue he’s gone over the top [and I would agree].”

Mr Oluwole said there were consequences to ignoring experts such as the more than 100,000 deaths from Covid and the UK’s fishing industry “in tatters”.

Government advisors had warned the Government that daily cases could reach as high as 100,000 each day as the UK dropped legal lockdown restrictions on July 19.

However, daily cases have recently been teetering around 20,000 a day with deaths and hospitalisations also dramatically falling.

Teachers welcomes FOUR babies in less than a YEAR