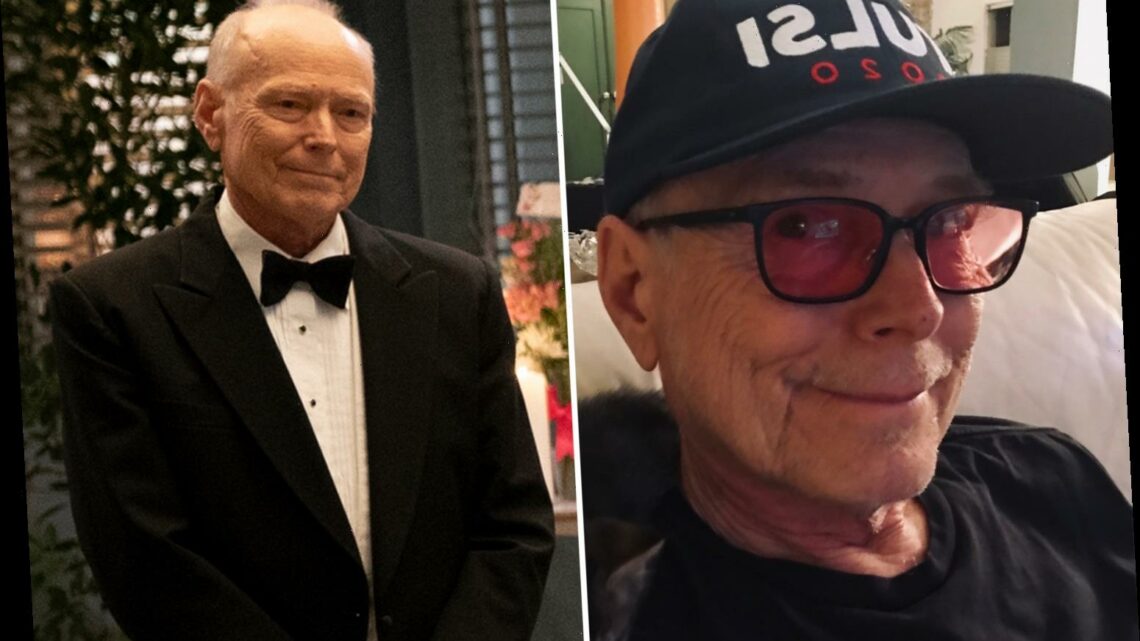 GREY'S Anatomy star George Gerdes has died at the age of 72.

The singer and actor allegedly passed away after suffering a brain aneurysm on New Year's Eve. 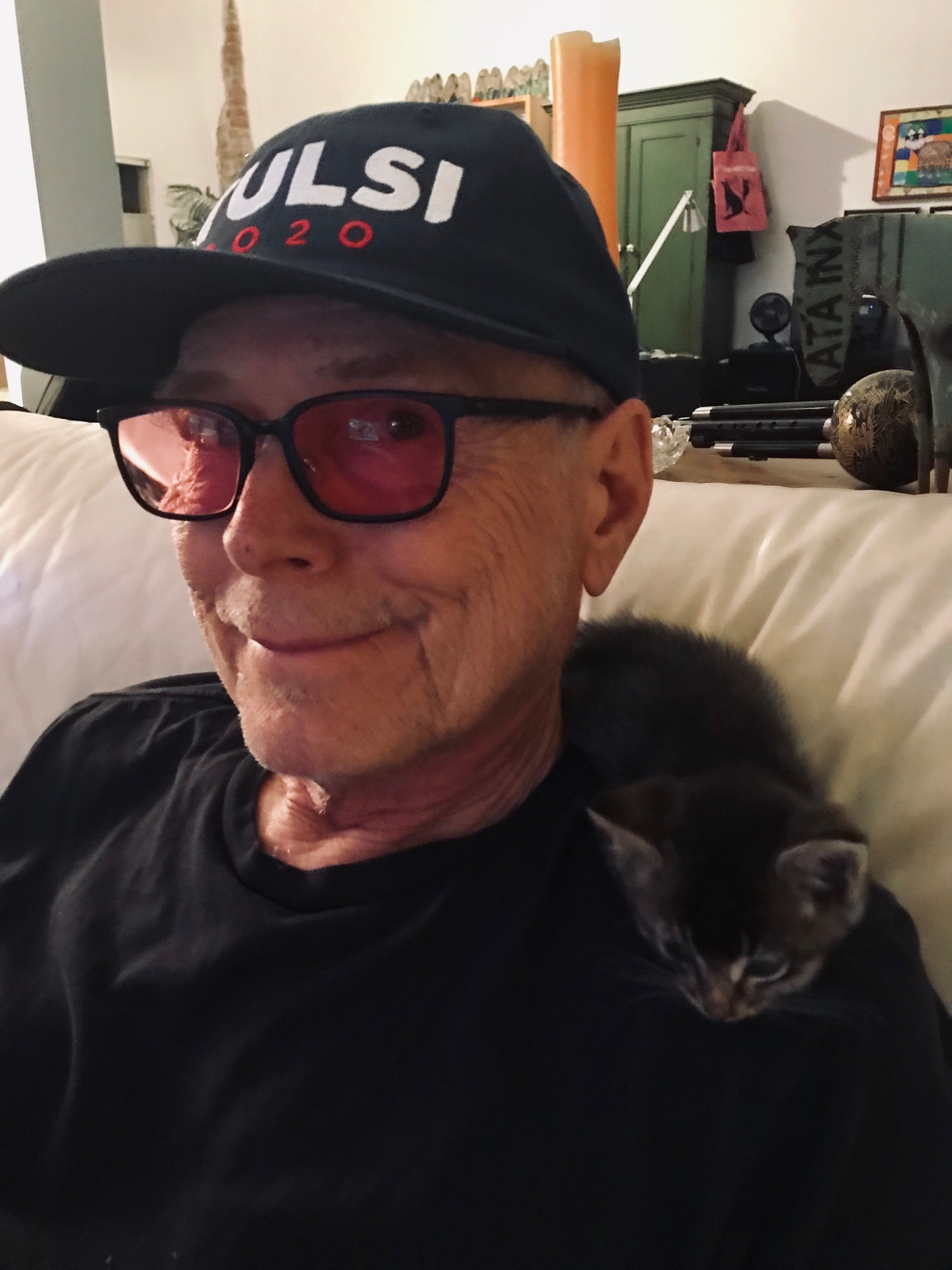 Aside from his partner, he is survived by his sister, Julia, and nephews Zachary, Michael and Will.

George's career included turns in The X-Files, The Girl With The Dragon Tattoo, A Few Good Men and Bosch.

In 2020, he starred in Grey's Anatomy and the rebooted Perry Mason and played President Dwight Eisenhower in Christopher Munch's sci-fi drama The 11th Green. 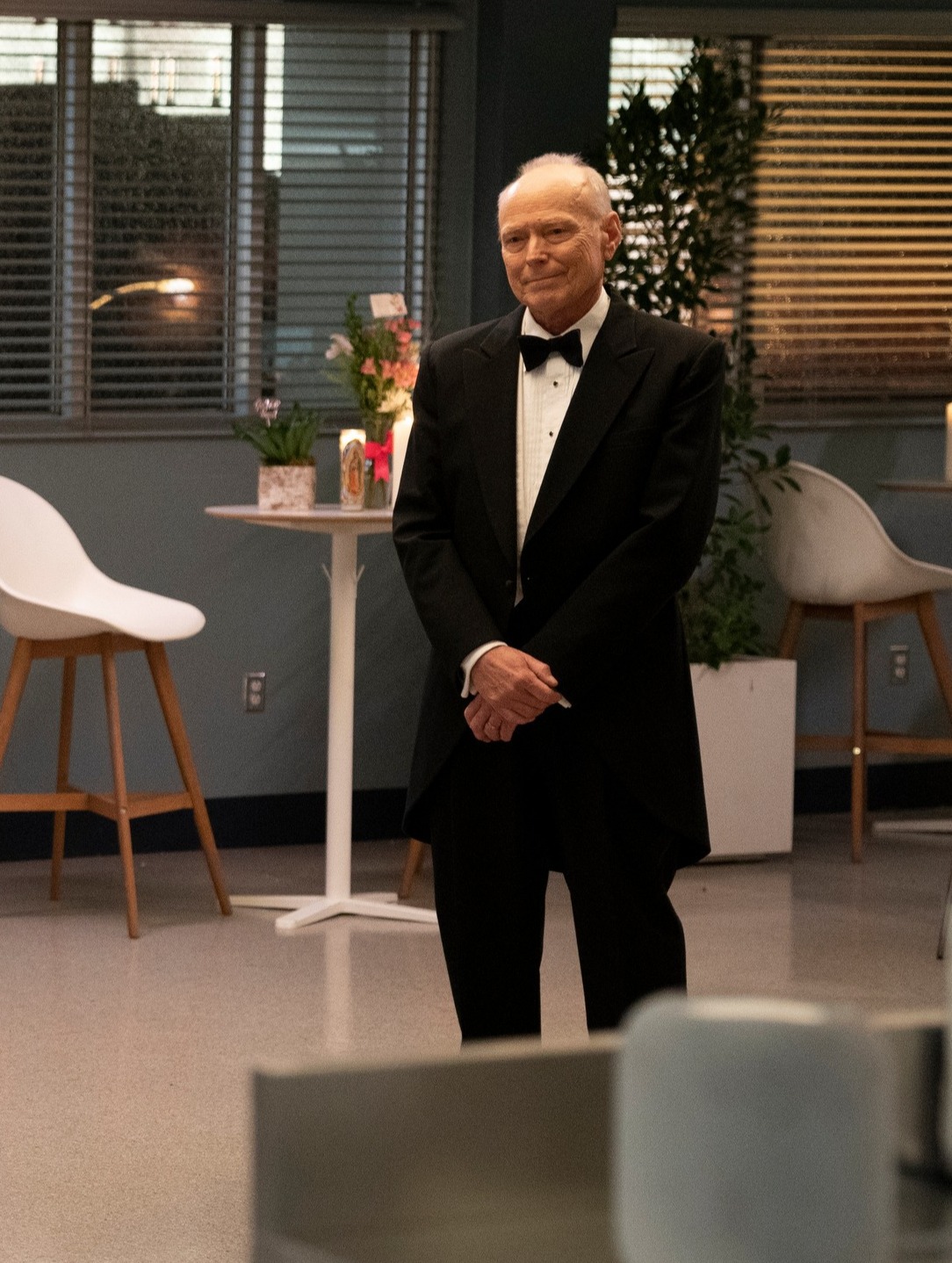 His costar, Titus Welliver, called him a "deeply kind man" in a tribute to him on Twitter. 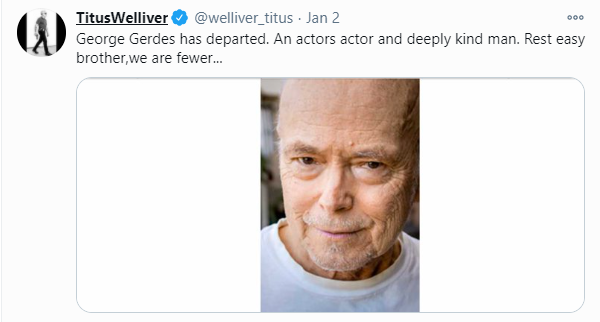 Better Call Saul actor Michael McKean tweeted: "Dear old friend… was a wonderful songwriter, poet and actor, much beloved by everyone who knew him. You would have liked him, too."

Born in Queens in 1948, George started off as a singer and recorded two folk albums in the '70s.

Singer Joni Mitchell once described his tune "Say So What Else Is New?" as "the happiest sad song I've ever heard".

Terre Roche, the founding member of the vocal group The Roches – who introduced George to his partner Julia – described him as a "triple threat". 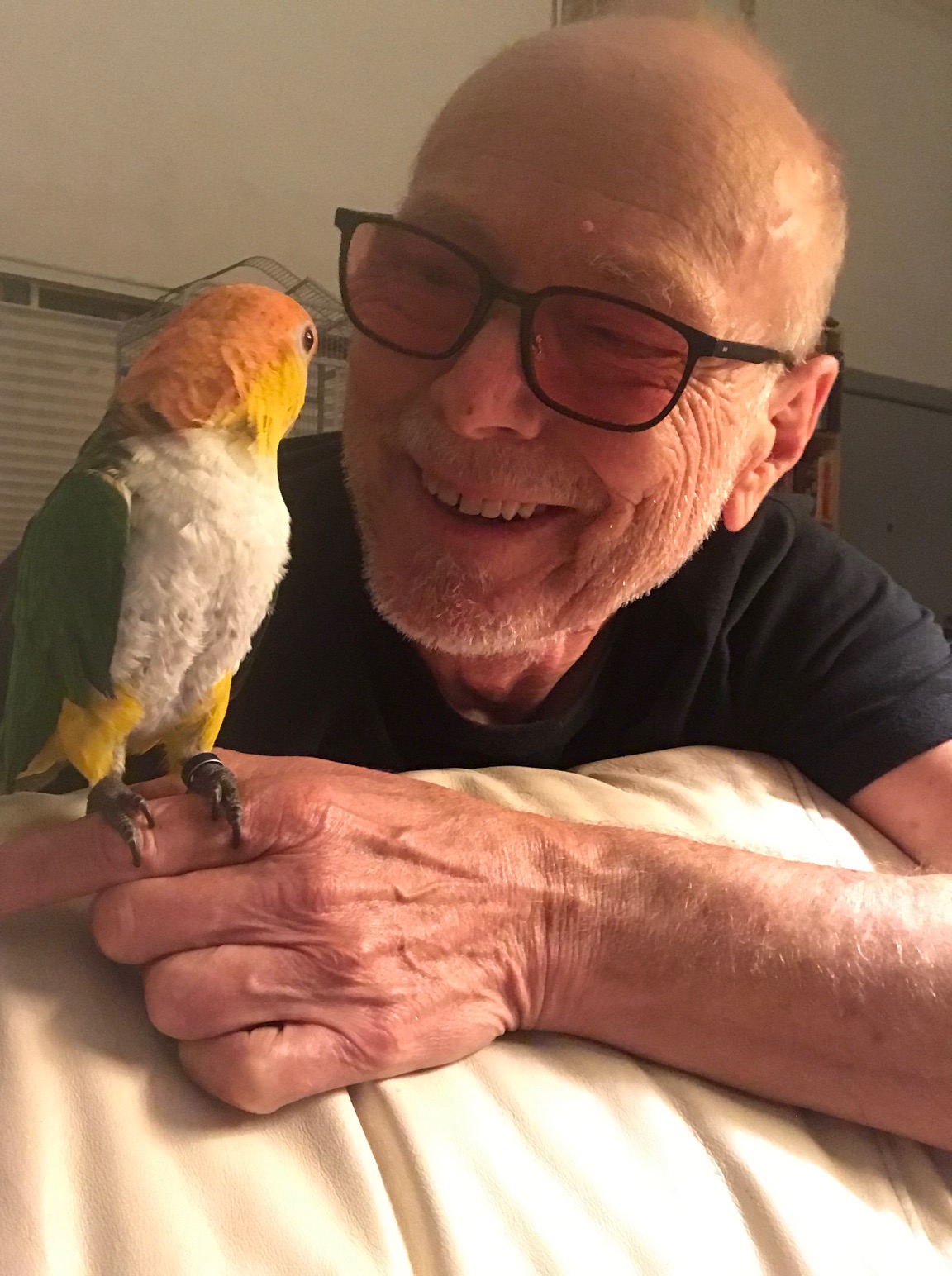 "George's songs and performances were unlike anything I've ever heard before or since. The songs were beautifully crafted," he told THR.

"But when he mounted the stage, it was as if he had become a channel for all sorts of characters from out of the movies as he effortlessly held rapid-fire conversations between Buster Keaton, Elvis, the Wicked Witch of the West, Laurel & Hardy and myriad others from his youth."

George made the move to Broadway in the '80s, appearing in Sam Shephard's hit, Fool For Love and Aaron Sorkin's A Few Good Men. 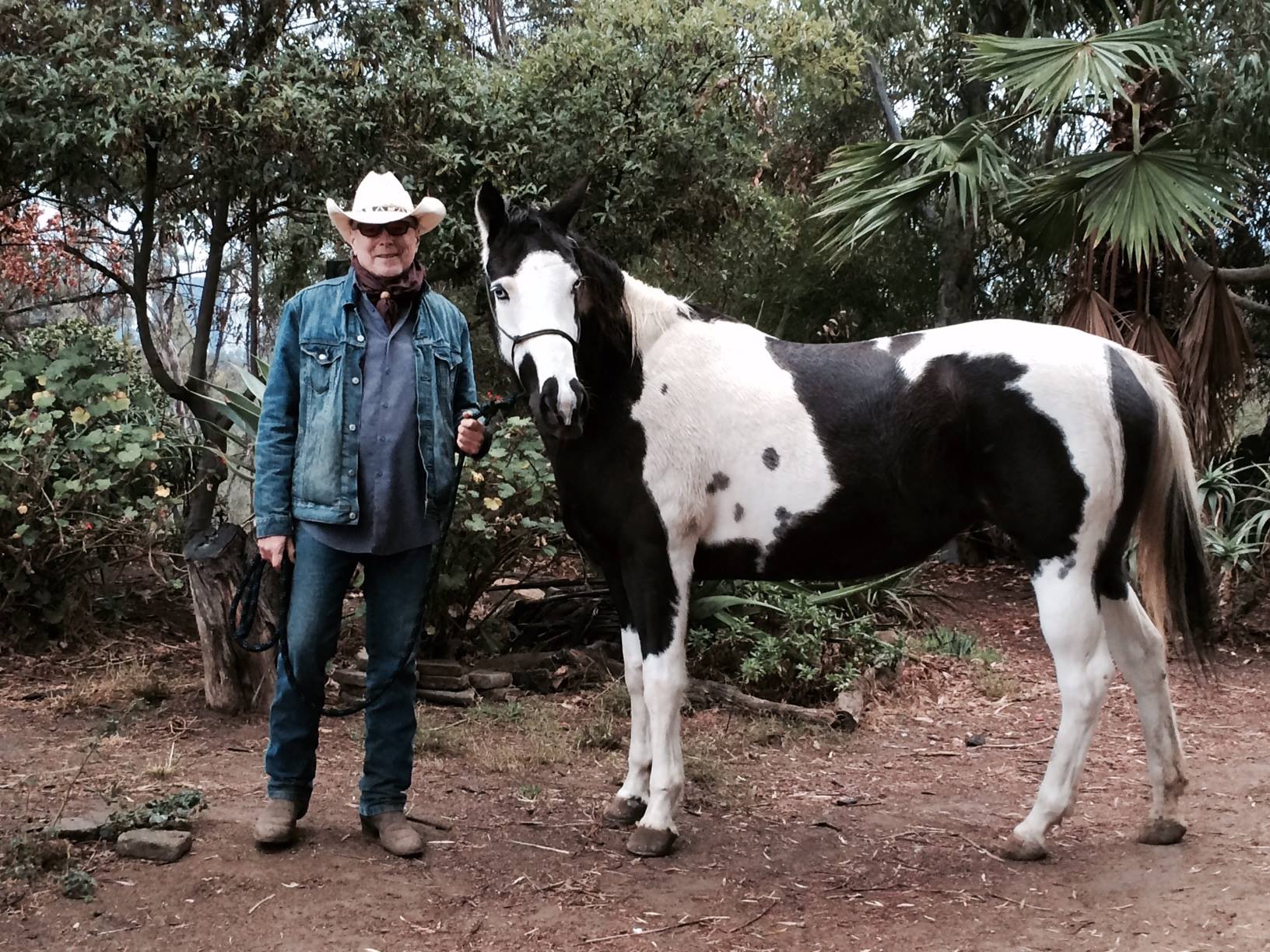 He also played an outspoken Southern preacher in a 1994 episode of The X-Files and a detective in the 2011 film, The Girl With the Dragon Tattoo.

He has starred in other films like 2005's Rumor Has it and TV shows like Miami Vice, NYPD Blue, ER, Lost and True Blood.

A memorial is planned for when Covid restrictions are eased and donations can be made in his name to the Meher Spiritual Center.