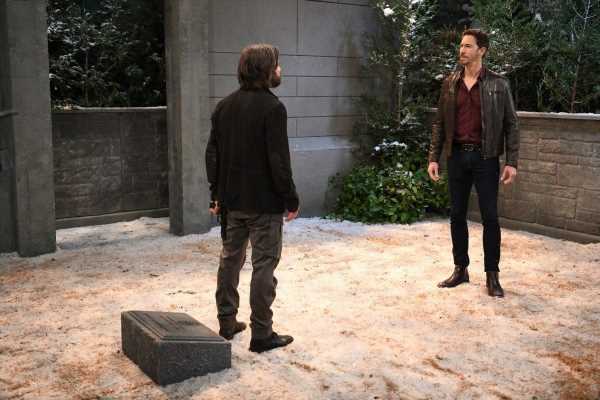 The latest General Hospital speculation focuses on Peter’s fate. Anna Devane isn’t going to stop until she gets answers. And now, if you believe the latest spoilers, her suspicions are finally going to be confirmed. What will upcoming episodes reveal?

[Spoiler Alert: Potential spoilers for upcoming episodes of General Hospital are up ahead.]

‘General Hospital’ speculation proves Anna was right all along

On General Hospital, Anna Devane has been hot on Peter’s trail. She wasn’t going to stop until she found out the truth. And if she was able to find out, it’s safe to say that everyone else could, as well.

Of course, it didn’t help that so many people were talking about the Peter situation in public. Hamilton and Elizabeth, especially, couldn’t stop flapping their gums. (Who talks about potential foul play in a public park?)

With all this talking, it was inevitable that Anna Devane would get wind of it all. And eventually, Anna and Hamilton have a face-to-face meeting about it.

Hamilton confirms he was there when Peter disappeared

According to the latest General Hospital speculation by SoapHub, Anna Devane’s theory is going to soon be proven correct.

Initially, Hamilton was hedging about the truth. But he finally is going to come clean. Yes, he was on the rooftop when Peter disappeared. Whether he admits responsibility, however, remains to be seen.

But if Hamilton goes toe-to-toe with Anna, things are only just beginning to get ugly for him.

Let’s face it: if Anna Devane can figure out what’s going on, it’s safe to say that the police aren’t going to be far behind her.

So, the next General Hospital speculation will ask the question: what’s Hamilton going to do about it? Surely, he’s not going to just sit around waiting for the police to show up, and then go willingly. No — if anything, he’s going to want to hide what he knows for as long as he can.

Hamilton and Elizabeth both know that they’re going to have to get rid of the body. The question is: is it going to be where they left it? Spoiler alert: probably not. The drama is just beginning in this saga.

California firefighters hold back huge blaze near town torched in 2018

Bradley Walsh mocks The Chase contestant for ‘bizarre’ request ‘What is the point?’
World News