Home » TV & Movies » 'General Hospital': Josh Swickard Wasn't Sure Chase Would Survive: 'I Hadn't Gotten a Talking to About Being Killed Off' 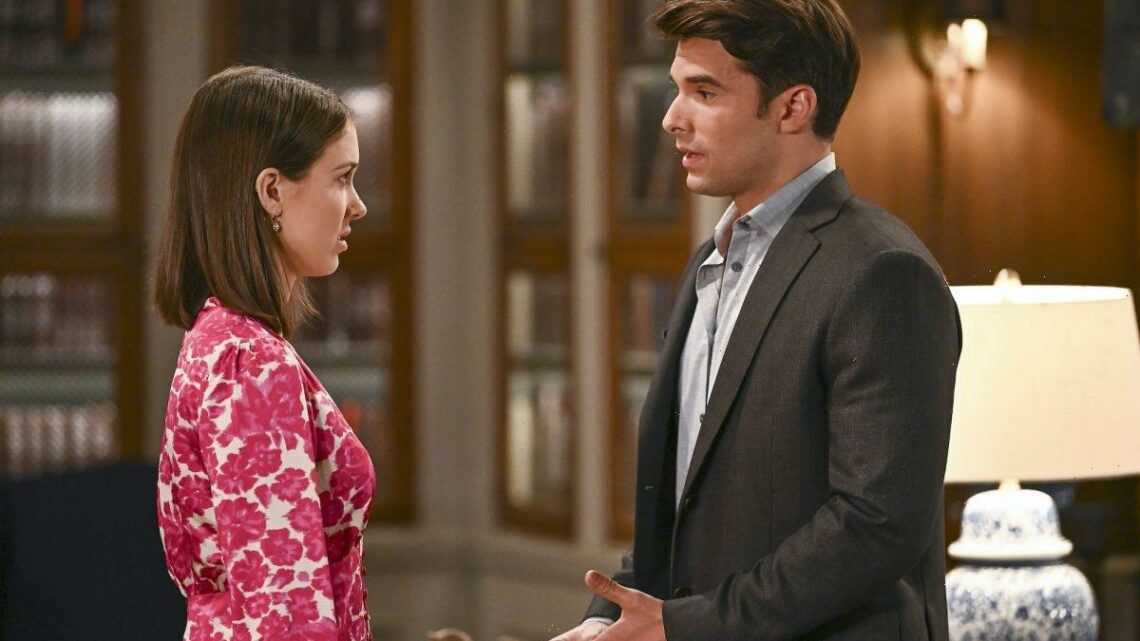 'General Hospital': Josh Swickard Wasn't Sure Chase Would Survive: 'I Hadn't Gotten a Talking to About Being Killed Off'

Playing a fictional role always leaves the possibility that your character will be killed off or otherwise written out of the show, but when you’re starring in a soap opera like General Hospital, the sword hanging over your head is even sharper.

Soap operas thrive on the kind of cliffhanger drama that leaves characters’ lives in the balance. From car accidents to comas to mysterious returns from the dead, soap opera stars know that any episode could bring a surprising twist that leaves their character behind.

Recently, the General Hospital character Chase was in a precarious position, and even the actor who plays him wasn’t sure if he’d pull through.

General Hospital, one of the longest-running television shows still on the air, has been going since 1963. The longest-running actors on the show today have been there since the early 1990s and have starred in literally thousands of episodes. The series’ ongoing nature, however, leaves plenty of room for newcomers, and Josh Swickard’s portrayal of Harrison Chase (known simply as “Chase” on the show) hasn’t been going on for very long.

Joining the cast in February 2018, Swickard stepped in as Detective Chase to replace Detective Nathan West as Dante Falconeri’s partner. Since then, he’s been at the center of several romantic dramas, but the most thrilling development for Chase has certainly been his near-death experience.

‘General Hospital’: Josh Swickard was not sure if Chase would survive

Chase was in a relationship with Willow when Willow realized she was actually in love with (and subsequently slept with) Michael. She intended to break things off with Chase, but before she could do so, he had a medical emergency. Feeling guilty about breaking up with Chase while he was recovering from the mysterious illness, Willow kept her romantic revelations to herself.

It quickly became clear that Chase’s illness was no quick fix. In fact, it seemed very likely that he would die. Even Swickard was uncertain about his character’s future.

As he told TV Insider, “actors don’t know much more than the audience does. I know about three weeks out. I was getting scripts where Chase was having seizures. Then, Finn’s antidote didn’t work. I hadn’t gotten a talking to about being killed off but then, I read the script where Chase flatlines. I thought, ‘Oh, is this it?’”

Uncertainty about the future hangs over Chase’s head

Obviously, a miracle cure was produced and Chase was saved, but that left more questions than answers.

Willow married Chase on his deathbed, but she obviously did not think he was actually going to pull through. This lifetime commitment was made without the actual commitment behind it, and the audience knows the truth about Willow’s feelings for Michael. The entire situation has left a still-recovering Chase in a desperate position.

As Chase went through physical therapy to try and regain feeling below the waist, the viewers watched on waiting for the other shoe to drop. A secret that juicy wouldn’t stay secret forever, especially not while Michael was getting impatient about the delay in his relationship with Willow.

Predictably, Chase did find out about the cheating, but he didn’t let Willow know what he knew, making an even more tangled web of secrets, distrust, and betrayal. Some viewers are excited to see the love triangle continue to deepen, but others are frustrated with where it’s heading and just want Willow to be honest with Chase and move on.

Now that it seems like Chase’s recovery — however slow it might be — is ongoing, is it time for Willow to own up to her betrayal?