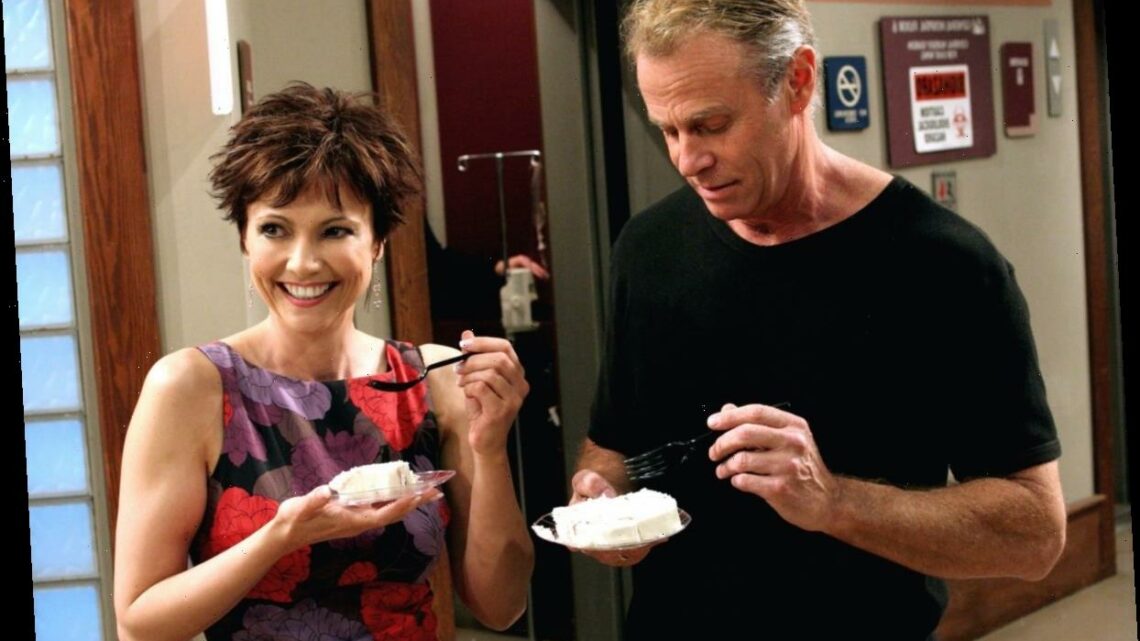 One of the golden rules connected to General Hospital is that unless you see the body, no one is really dead. They can always be brought back.

There have even been times there was a body yet the show managed to resurrect the character. Some of the most infamous character resurrection storylines General Hospital has recently embraced include bringing Jason Morgan back (twice,) Helena Cassadine, Lucky Spencer, and AJ Quartermaine.

It was recently revealed that Holly Sutton is the latest character to join the long list of characters who weren’t really dead.

Who is Holly Sutton on ‘General Hospital’?

Fans who have just started to tune into General Hospital might not be familiar with Holly Sutton or the important role she plays in Port Charles’ history. The character debuted in 1982.

At the time it appeared that Holly’s main function was to shake up Luke and Laura’s epic romance. She did this by having a one-night stand with Luke Spencer. Shortly after their night together, viewers learned that Holly was a con artist.

Luke Spencer had already developed a soft spot for the newcomer and refused to believe the rumors of her previous misdeeds. Eventually, Holly admitted the truth but still convinced Luke to help her bring down her family.

Shortly after discovering she was pregnant with Luke’s baby, Luke was lost in an avalanche and presumed dead. This laid the groundwork for Holly to fall in love with and marry Luke’s best friend, Robert Scorpio. Luke wasn’t dead. When he returned to Port Charles he was shocked to discover Holly and Robert together. Many fans feel that the resulting love triangle was the best in GH history.

As the years passed, Holly was involved in several high-drama antics, many of which involved Luke, and many of which weren’t fully legal. It appeared that her story had ended when Winston Rudge explained that she’d been taken by the WSB and killed at Le Lucien. Fans now know that to be false, per Twitter. Holly is not dead.

Holly Sutton isn’t a stranger to resurrection. In true soap opera fashion, her character has been presumed dead many times only to be brought back to life. In 1987, she was killed in a plane crash.

She was resurrected in 1992 when it was revealed she’d been a coma following a car accident. She “died” again in 2020 but it seems that this time her “death” was temporary. In mid-September, it was revealed that she wasn’t really dead.

There’s little point in bringing a character back unless they can shake up one of the show’s current plots. Holly’s resurrection promises to do just that. Fans believe that she is going to be the key to finally getting her niece, Maxie Jones, away from Peter August.

It’s obvious that August had something to do with Holly’s kidnapping, and many are convinced that he ordered her “murder.” Based on the plot’s current trajectory, Holly holds the key to bringing about August’s downfall, something fans have been waiting for a long time.

It’s unclear how soon Holly will clash with August. It’s possible that it could happen in a few days, but based on how much build-up the writers have been putting on the current plot, it could also take weeks. It should be really fun to see how the writers eventually make all the General Hospital sub-lots merge into a suspenseful and exciting climax.

Hopefully, the writers will set aside a little time to allow Holly and Robert to enjoy an intense reunion followed by a touching and sweet romance.