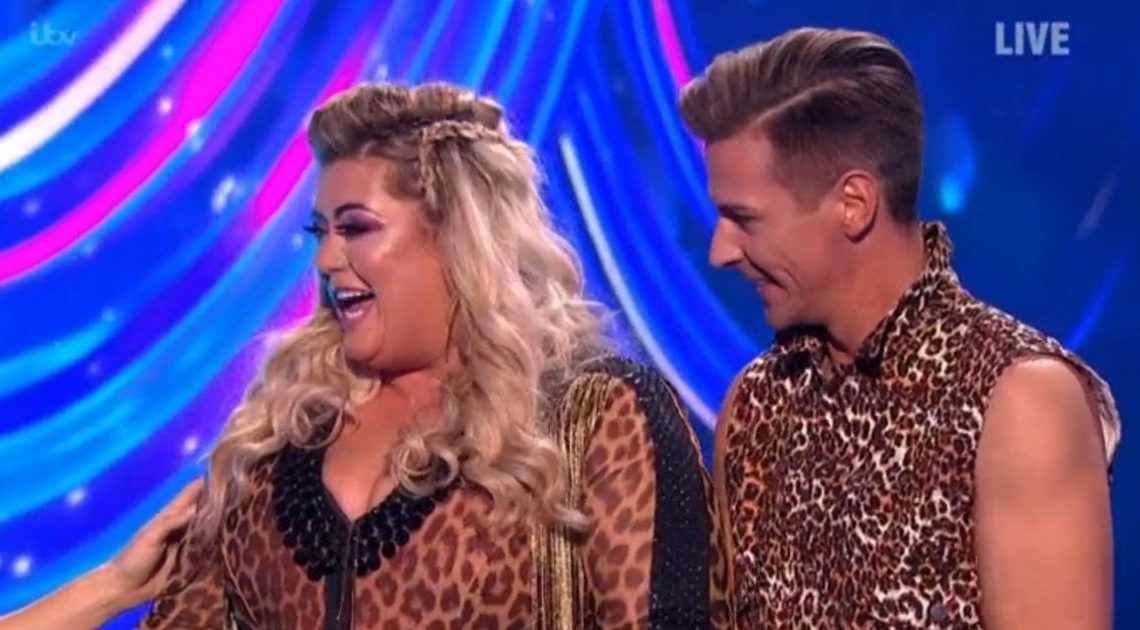 Gemma Collins has finally been booted off Dancing On Ice.

The TOWIE star left the competition after failing to get the backing of the voting public or the judges.

All four judges decided to save injury hit cricketer Ryan Sidebottom after the dreaded skate off.

Giving one last savage jibe, Jason Gardiner said: "It is very easy for me to say this. And it gives me great pleasure to say I will be saving Ryan and Brandee."

Speaking after the result to presenters Phillip Schofield and Holly Willoughby, Gemma admitted it was her time to go.

She said: "I said tonight’s my night. I’m just going to bow out gracefully now. I wish them all the best of luck."

When asked if she would carry on skating, Gemma confessed: "Probably not though but I have enjoyed working on my fitness."

Before the skate-off, Gemma said: "You have to let the best move on and do what they need to do. If I got tonight I’ve given entertainment every week."

After taking to the ice for a second time, she confessed: "I really need to go now. I’m exhausted as well."

Gemma was gracious in defeat and waved to the audience as she left the rink for the last time.

Dancing On Ice viewers took to Twitter to back Gemma and slam Jason for his comments.

Another added: "No need for Jason to be nasty when sending Gemma home tonight."

A third said: "Jason keeps up his unprofessionalism towards Gemma right until the last minute, hope he’s replace next year"

Gemma actually disputed her low scores and launched an attack on all four judges.

The TOWIE star, who skated to Destiny’s Child hit Survivor, was not impressed with her disappointing marks.

When asked about her confidence, Gemma said: "I loved it tonight. The judges are just confusing me. You said come back this week.

"Ashley you said you’re better off trying than not doing it. I tried the moves and took your advice."

Defending himself, Ashley Banjo replied: "It shows. That’s what I love about you Gemma. I don’t know if I’m gonna get Gemma or the GC. But whatever this one was I loved it."

Gemma was pleased with her performance and it seemed the audience were as well as they booed the judges.

Jayne Torvill admitted it was better than last week but was not impressed with some of her moves.

While Jason Gardiner, who had that massive on air clash with Gemma, claimed she was "nowhere near" the rest of the competition.

There will be more pressure on the skaters next week because of a double elimination.

Breaking the news to the couples, Phillip Schofield said: "Huge news for them all now. Next week it will be twice as tense as it is right now as there will be a double elimination.

"Not one but two couples will be leaving the competition."

Who will be sent packing when two stars face the chop?

*Dancing On Ice airs Sundays on ITV at 6pm