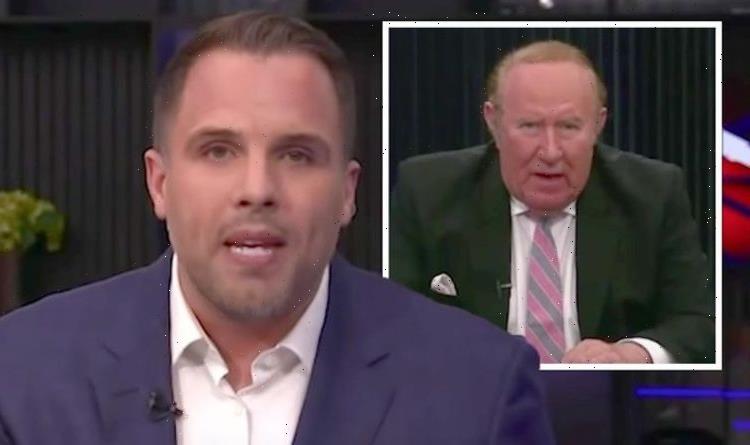 On Sunday evening, Andrew Neil and Dan Wootton were the first two big names kicking off GB News as the new channel launched to rival the likes of BBC and Sky News. However, comments made by Dan during the first episode of Tonight Live with Dan Wootton has reportedly resulted in hundreds of complaints being made to regulating broadcaster, Ofcom.

GB News launched in the wake of reports prime minister Boris Johnson would announce there would be a four-week delay to ‘Freedom Day’ – which he confirmed in a press conference the following day.

As a result, this became a hot topic of conversation on Dan’s very first show, although his comments appear to have irked a number of viewers.

“We will still be haunted by the pandemic despite having the world’s best vaccine rollout. 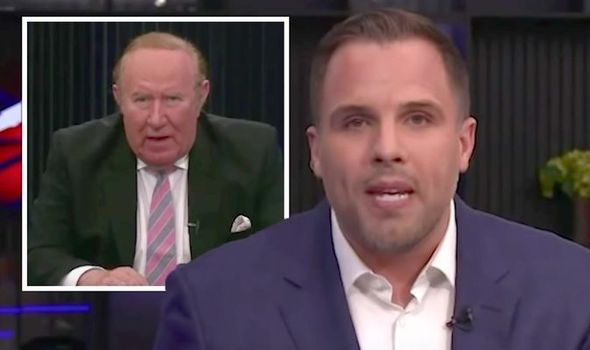 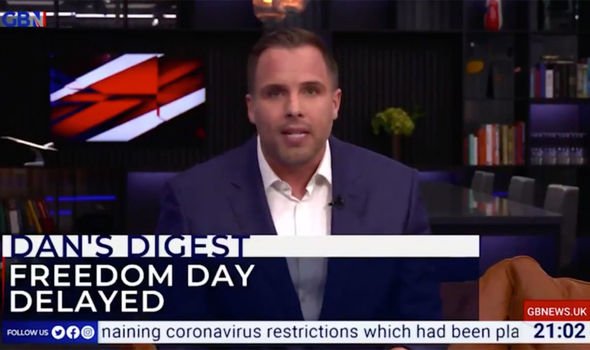 “Lockdowns are a crude measures. Mark my words in the years to come we will discover they have caused far more deaths and devastation than the government has ever admitted.”

Dan went on to blast “doomsday scientists” for the extension of the deadline, insisting they had “taken control”.

It’s been reported by the Daily Star Online that Ofcom received a total of 373 complaints after his comments. 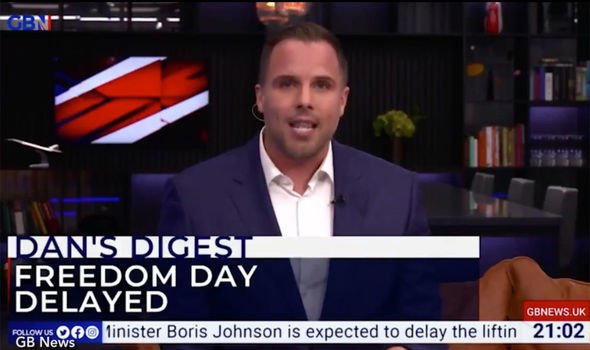