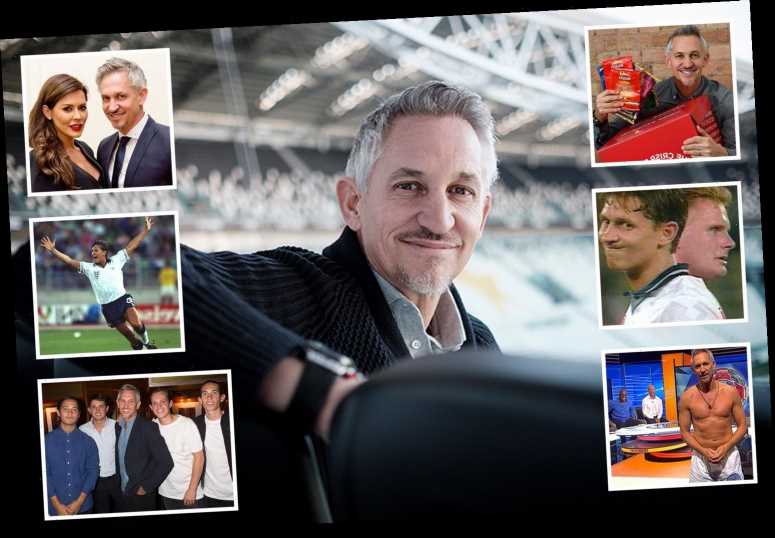 FOR the past 21 years Gary Lineker has been the smooth-talking and authoritative face of Match Of The Day.

Albeit a tad too smooth for a few months following a spot of ill-fated Botox. 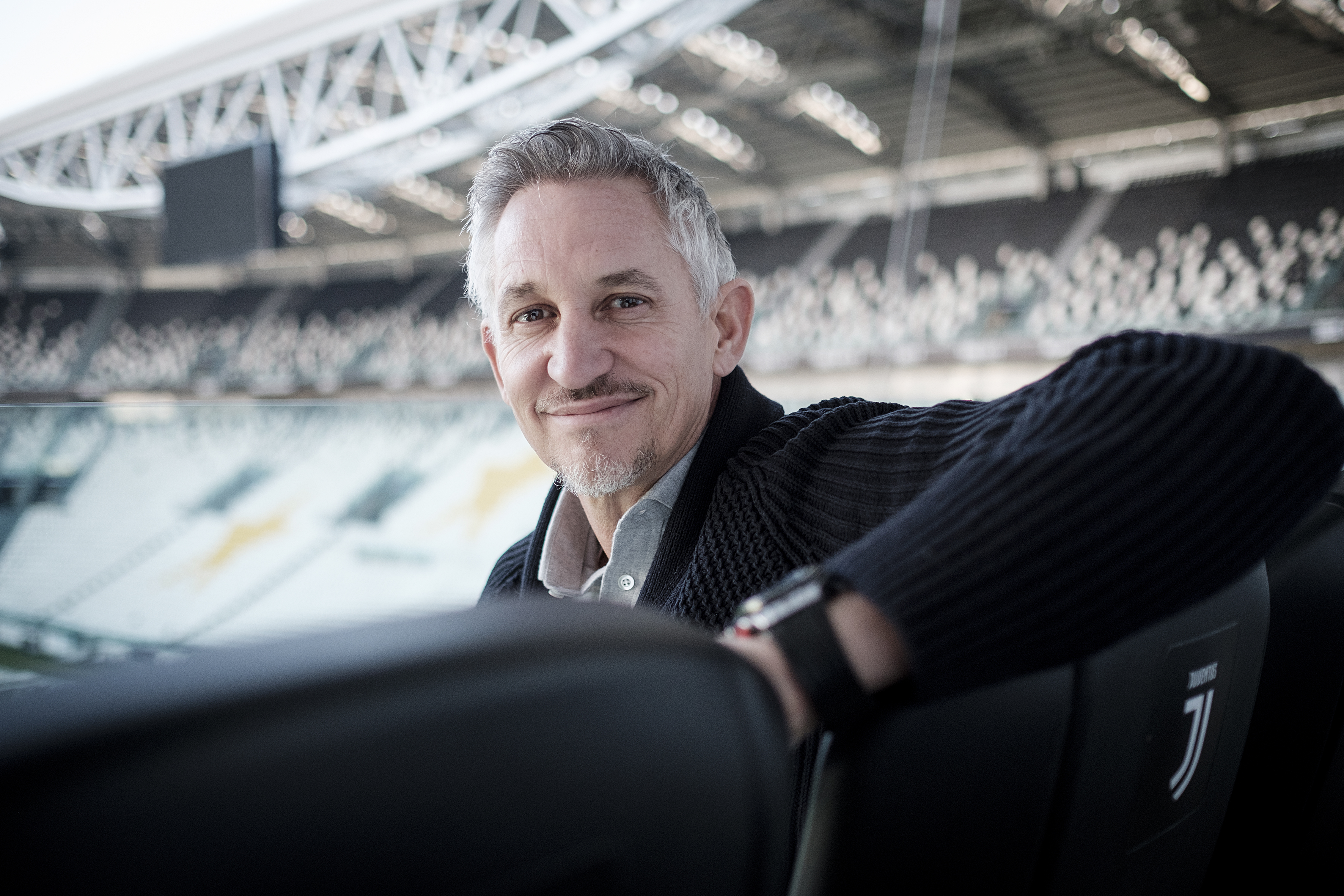 The popular presenter and England goalscoring legend has revealed he once tried out the beauty jab after being told it would help banish on-screen wrinkles.

Gary says: “I did try Botox once. I absolutely hated it. I’m quite expressive, then all of a sudden I couldn’t move.

“It was on my forehead and I just couldn’t raise my eyebrows. It was a really awful, weird feeling. Just urrrgh! Horrible.

“I had three months of feeling very self-conscious. Someone suggested it — I wasn’t bullied into it — and it was quite a few years ago, so I don’t mind admitting I tried it once.

“I also tried dyeing my hair . . . and that was an even worse mistake. I looked even more ridiculous. That wasn’t my idea, either. It was my old hairdresser’s fault!”

Today, on the brink of turning 60, Gary is a (relatively) smooth-faced and chiselled silver fox. His pal Piers Morgan might call him “Jugs” — a reference to his not unnoticeable ears — but women everywhere fancy him. 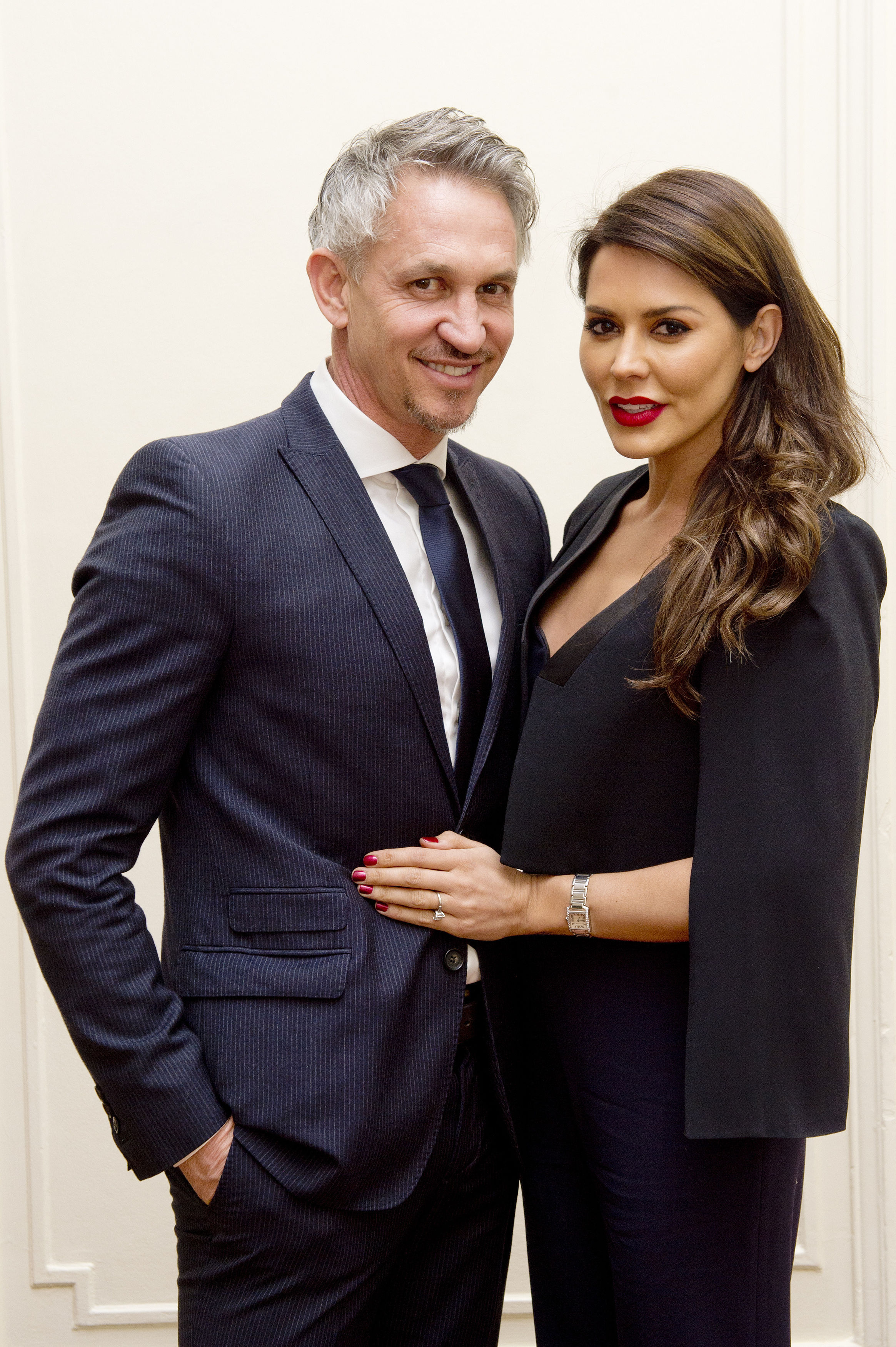 Having split from second wife Danielle Bux in 2016, is Gary still single?

“Yes, I’m very single, especially in lockdown. Even the sight of a female is very rare.

“But I’ve never been on a dating app and cannot ever visualise that happening. I’ve had lots of people sliding into my DMs but it’s normally requests for plugging their book or their charity.

“I’m nearly 60! Who’s going to slide into my DMs? My sons tell me that’s the way they date nowadays — but that’s fine, as they’re in their twenties. I can’t imagine it happening for me. It certainly hasn’t yet, anyway.”

Since separating from Danielle after seven years of marriage, the devoted dad of four adult sons from his first marriage, to Michelle Cockayne — George, the oldest, plus Harry, Tobias and Angus — has remained resolutely single. 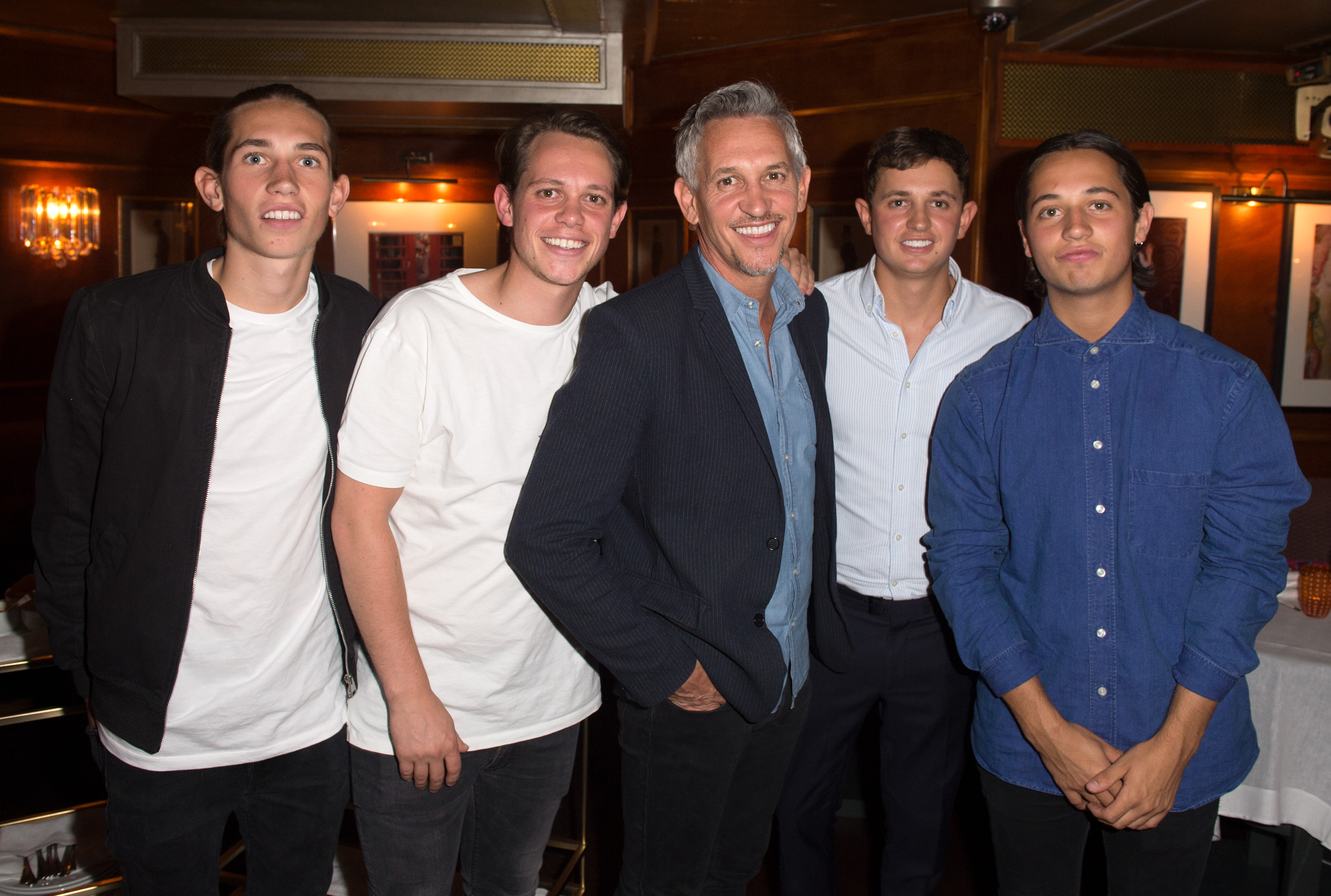 But divorce has not been all bad, it inspired Gary to take up cooking. Judging by the Instagram shots of his expertly presented epicurean delights, Gordon Ramsay and co should be worried.

Gary says: “I got into cooking when I became single again. I got fed up with takeaways and eating on my own at restaurants.

“I thought, ‘Come on, get a grip, learn to cook’. I taught myself by reading lots of books, going online and following all the obvious chefs.

“Actually it was one of the best things I’ve ever done. It’s become a real passion.

“I can make stuff up now and go off-piste a bit. I’ve found that if you add just one ingredient, then it becomes your recipe.

“My signature is probably gambas al ajillo,” Gary continues, his Spanish pronunciation perfected during three years playing for Barcelona, “which is prawns in garlic, basically. 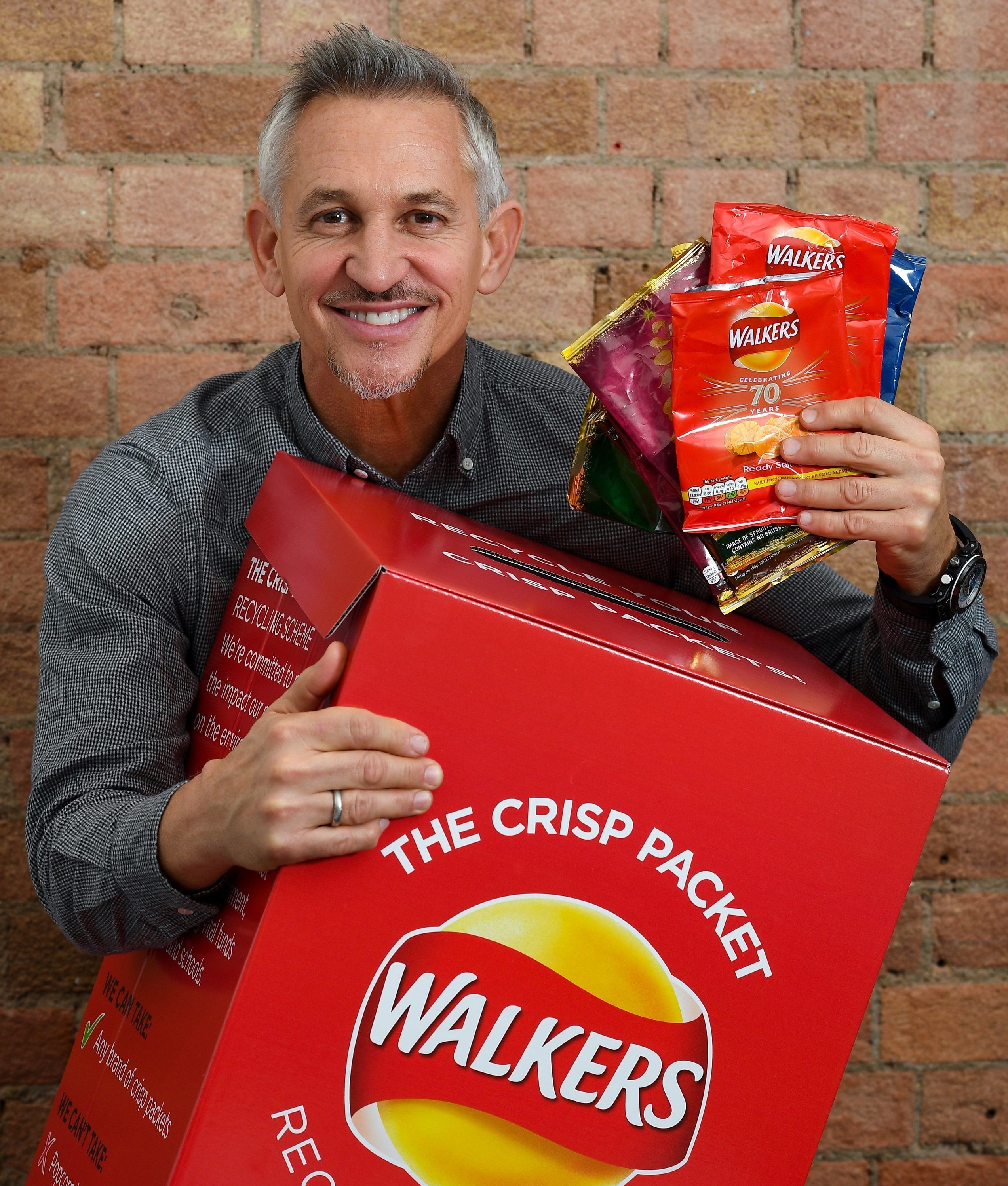 “Often I’m just cooking for myself but I don’t mind cooking for one. It gives me the chance to experiment, although I do have a lot of food in the freezer . . . ”

On the subject of food, when Gary is not pan-frying garlicky prawns, he is Britain’s best-known crisp fan.

For 25 years he has been the face of Walkers and recently shot a new Christmas ad for the fried-potato behemoth. In what is undoubtedly a personal journalistic low, I earnestly ask the Leicester City, Everton and Spurs hero about his favourite flavour of crisps. (Salt & Vinegar.)

While the ad has Gary bah-humbugging for laughs, the campaign has a serious message and is raising money for the country’s biggest food bank charity, The Trussell Trust. Walkers will also donate £1million.

The Crown or Tiger King?

Having to do MotD in my pants

Love them both, but Messi

I don’t use Ocado, ever. Amazon for books and stuff

Losing the 1990 World Cup semi-final against Germany. Football immortality was that far away

Joe Wicks or the gym? 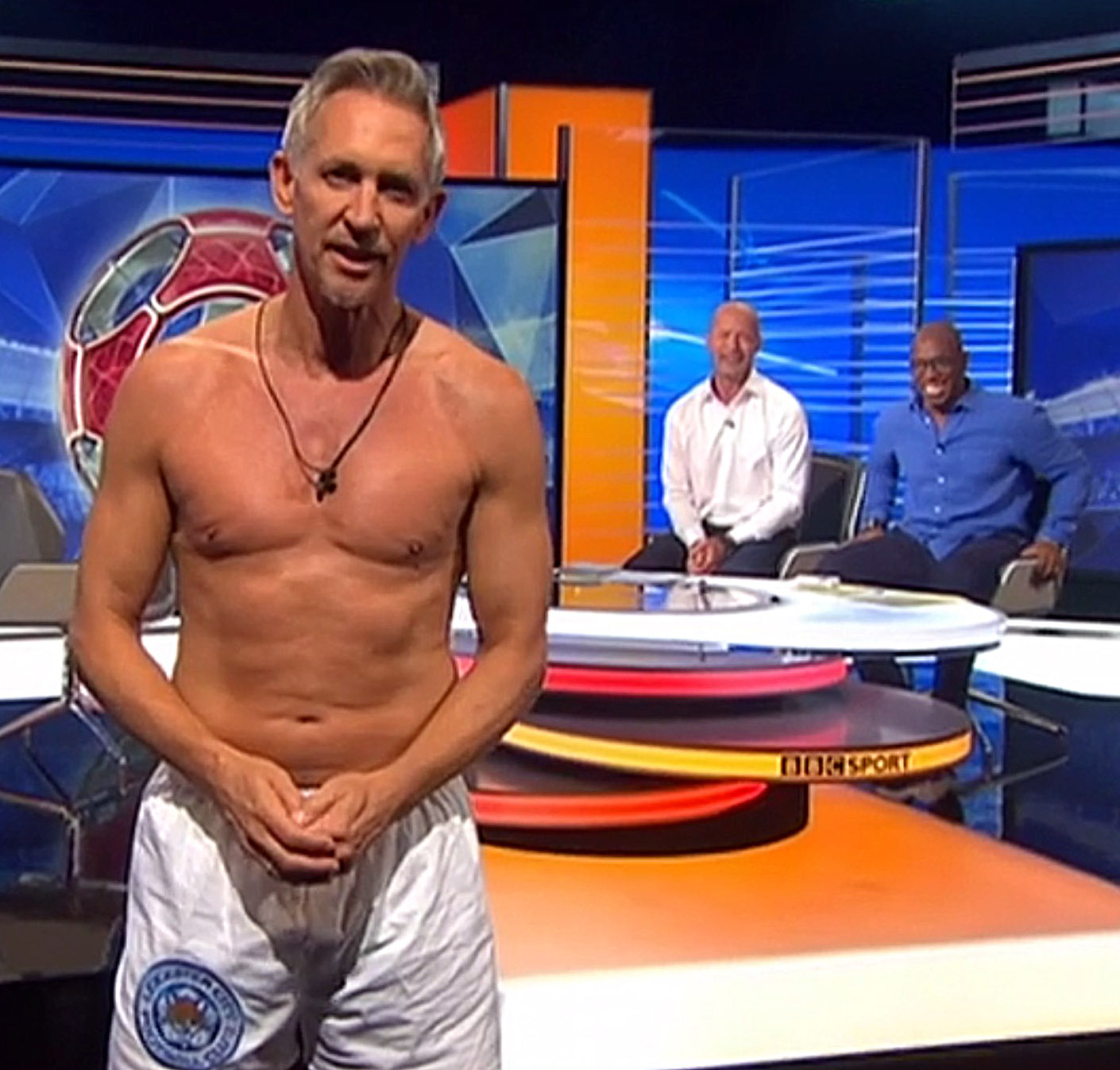 Gary is, he says, “so proud” of the initiative, adding: “I read that 14million people in the UK are in poverty, and it’s not just the homeless that are struggling.

“So many people have lost their jobs in this pandemic and are in desperate straits. A lot of people are turning to food banks so this will make a big difference.”

Of course, this is not the only charitable endeavour of late for the former England captain, who scored 48 times for his country and shared the field with a tearful Paul Gascoigne as England lost their Italia 90 World Cup semi-final.

Last month he had a Pakistani migrant stay in his house for three weeks after teaming up with Refugees At Home, a cause about which Gary is passionate.

He says he feels “privileged” to have taken part and would like to take in another refugee next year once Covid restrictions are eased.

Before moving into television, Gary enjoyed a stellar playing career. 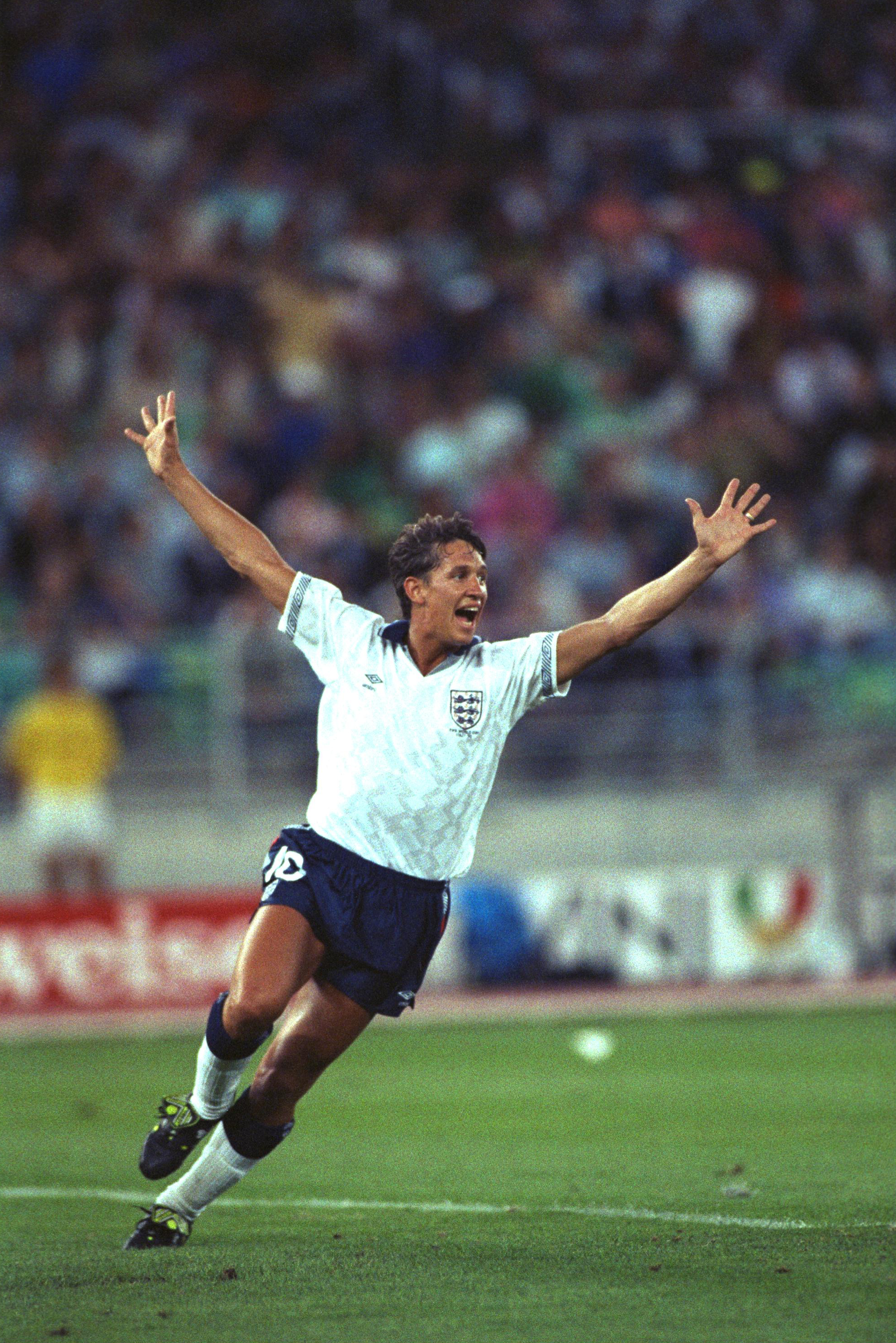 He claimed the Golden Boot at the 1986 World Cup in Mexico, netting six times, including in the quarter-final loss to Diego Maradona’s triumphant Argentina.

Only Sir Bobby Charlton and Wayne Rooney have scored more goals for England.

Heartbreakingly for a Tottenham fan (my parents still proudly display a picture of me, aged seven, wearing full Spurs kit, kissing a poster of Gary), the ace goal-getter once wanted to play for Arsenal.

Thankfully, the Gunners couldn’t afford him.

Gary says: “It was 1989, a year before the World Cup (in Italy), so I thought I was perhaps better off going back to England (after Barcelona). I quite fancied living in London, and Arsenal were the best team at that time.

“I thought that would appeal, as they were a really good side. But (Gunners then-manager) George Graham was famously quite tight and they got nowhere near the required rate. Then Tottenham came along and, thank heavens, I ended up with them.” 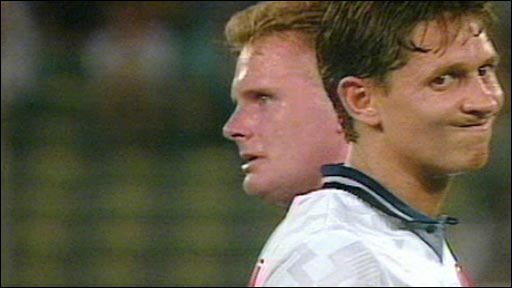 Injury forced him to retire in 1994, following a spell in Japan, and Gary turned his hand to broadcasting. He has presented, brilliantly, Match Of The Day on BBC1 since 1999.

In September he signed a new five-year deal to stay at the Beeb, taking a 23 per cent pay cut as part of the broadcaster’s drive to cut the gender pay gap.

Gary remains one of the BBC’s top earners, and though he also works for BT Sport, he has turned down numerous offers from rivals and streaming services.

He turns 60 on Monday but remains as fit and lithe as ever, thanks to sessions three times a week with his personal trainer Dan “and a pretty fast metabolism”.

Chatting over Zoom from his West London home and fresh from the gym, he is passionate about fitness and wellbeing.

But a recent scare over prostate cancer — an increasing threat as men get older — has made him even more vigilant. 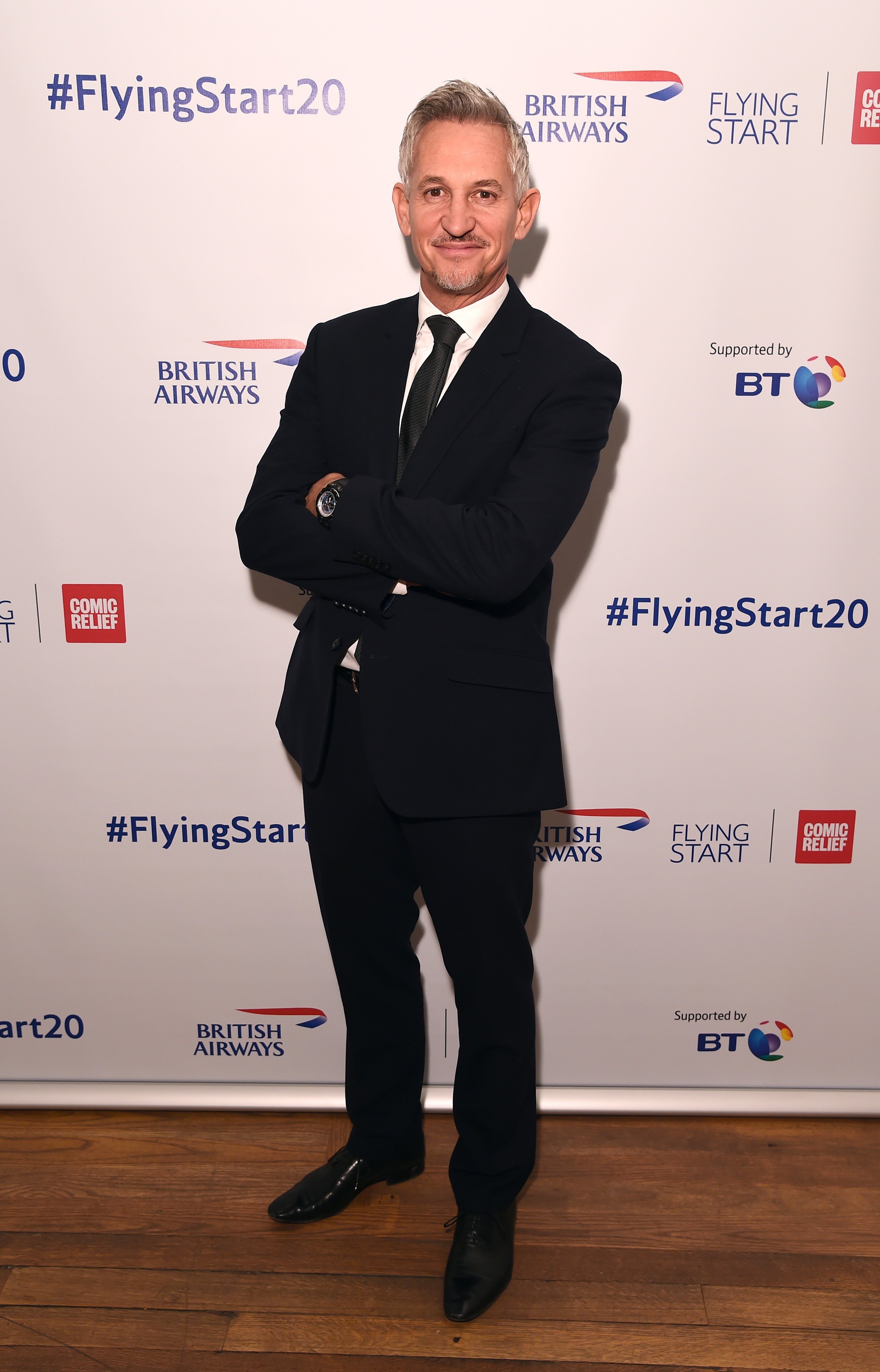 Gary urges other men to get tested for a disease which affects one in nine fellas — but which retains a certain stigma.

Gary says: “I have a full body check every couple of years and I did have one prostate scare.

“It’s important to get ahead of it and a lot of men, we sometimes think, ‘I’m all right’. We don’t want to see doctors.

“But that’s a dangerous game. We are all a little bit scared of having something and I think it’s fair to share that. It turned out to be nothing with me but it’s important to get ahead of it. It makes it a lot worse if you catch it late.

“It’s vital for people my age to make sure they are OK, to constantly get checks if possible.”

With another test due next year, Gary says he will also ask for a brain scan in the wake of fresh evidence that repeatedly heading the football may cause dementia.

Gary says: “Any footballer should be apprehensive and I don’t mind admitting that I am. I headed the ball a lot as a kid — and when I was 20, 21, I made a conscious decision not to do it in training.

“We’d get wet, heavy balls in the winter months — we didn’t get new balls every week like they do now — and it was something I was concerned about, as I was a player who scored a lot of headers.

“I don’t see there’s any necessity to head the ball in anything other than the match itself.

“My health checks have previously involved the brain and so far, nothing has shown up. But this is something I will address at my next check.”