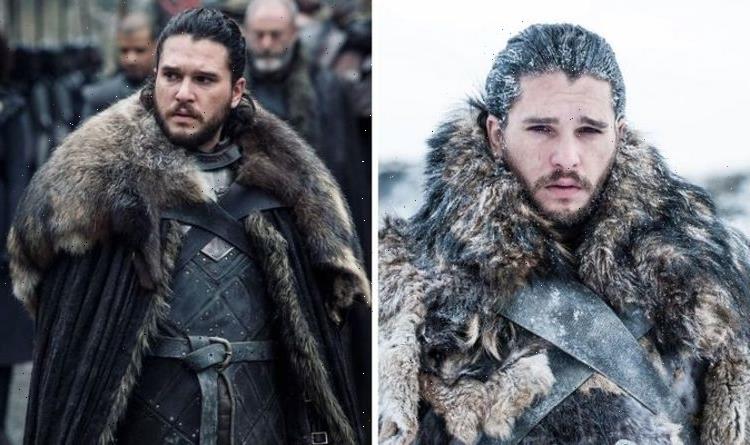 Game of Thrones: House of the Dragon teaser trailer

It’s been three years since HBO aired Game Of Thrones’ controversial season finale and thankfully for fans its prequel, House of the Dragon, is premiering next year. Ahead of its release, Jon Snow star Kit Harrington made a surprise confession highlighting his difficulties with the upcoming show.

With the series still in production, the actor stated he was expecting to be overcome with “a lot of emotion,” adding, “I’m really looking forward to it.”

He explained: “It’s my good friend Miguel [Sapochnik] who’s show-running it, I’ve got a friend Matt in it, so I’m looking forward to it.”

Kit confessed: “But it’s gonna be hard, I’ve got a huge emotional connection to that piece, to that story, to that world.”

Jon Snow (played by Kit Harrington) was introduced to fans as the unlawful son of Lord Eddard Stark (Sean Bean).

Throughout his upbringing in Winterfell, he was looked down on and shunned for his status as a child born out of wedlock.

However, throughout the series viewers watched as Jon proved himself and was recognised for his bravery, becoming a hero for leading the battle to kill the Night King.

While the Night King was eventually murdered by his half-sister Arya Stark (Maisie Williams), in the end, Jon walked away from the throne – one of the many controversial conclusions of the series.

House of the Dragon will be set 300 years before the events which took place in Game of Thrones.

As written in Fire & Blood written by George R. R Martin, House of the Dragon will unfold the intriguing Targaryen Civil War.

Elsewhere in the interview Kit highlighted other difficulties: “I think to see people get into outfits and costumes that resemble what we wore for all those years.

“It has the same music and style and tone but not in it, there’s gonna be a rawness there,” he concluded.

Thankfully, fans will soon have another opportunity to see Kit on screen, with the release of his upcoming role in Marvels, The Eternals.

The actor will also be reunited with co-star Richard Madden, who played his half brother King Robb Stark on the Game of Thrones.

When asked about their reunion at the film’s premiere, Kit joked: “Yeah, he can’t get rid of me.”

He added: “He couldn’t believe it when I turned up on set, he was like ‘what the hell are you doing here?’”

Consisting of ten episodes, fans will soon get to witness what truly happened in the years leading up to the Targaryan civil war.

In the meantime, viewers can watch Game of Thrones seasons 1-8 which are available to stream on HBO.

Fanatical About Skin Care? You Need to Take Care of Your Hands, Too — Try These 18 Creams