Home » TV & Movies » Game of Thrones: All the Spinoffs in the Works and What We Know So Far 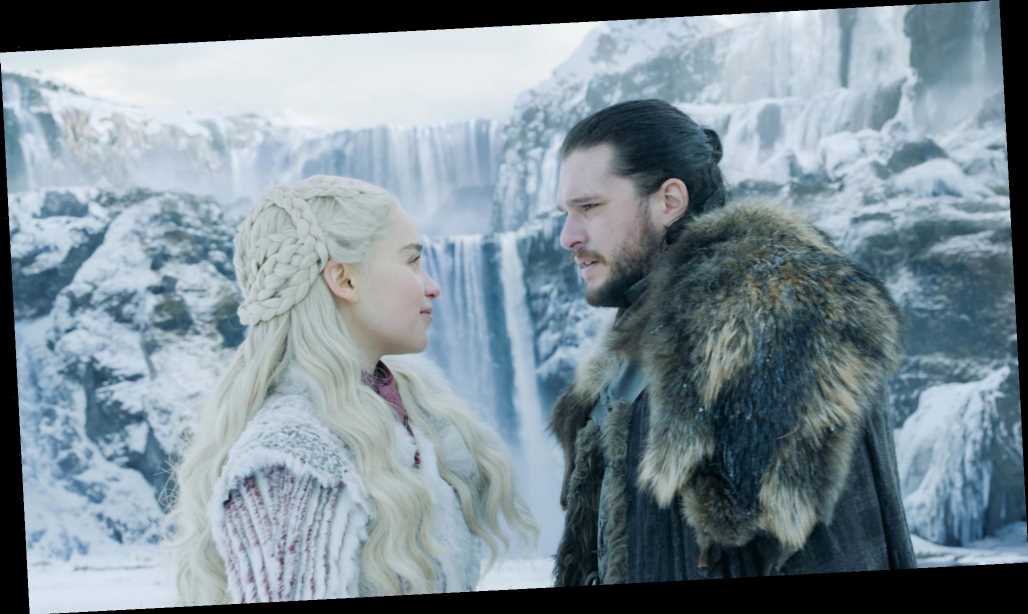 Game of Thrones: All the Spinoffs in the Works and What We Know So Far Winter will soon be coming to an end for fans of Game of Thrones.

It's been nearly two years since the hugely popular show aired its series finale in May 2019, and multiple spinoff series are currently in various stages of development at HBO, including a 10-episode prequel that will be sure to satisfy the dragon-shaped hole in our hearts.

The projects reportedly include a show based on another popular book series by author George R. R. Martin, and talks are also apparently underway for an animated take on the fantasy world.

Read on for a breakdown of all the Thrones-related offshoots that have popped up so far.

Shortly after the GOT series finale, HBO announced that five prequel series were in development. Among them was an untitled project unofficially referred to as The Long Night by Martin, who co-created the concept with showrunner Jane Goldman.

The prequel was set to take place thousands of years before the events of GOT, chronicling "the world's descent from the golden Age of Heroes into its darkest hour."

"From the horrifying secrets of Westeros's history to the true origin of the White Walkers, the mysteries of the East to the Starks of legend, only one thing is for sure: It's not the story we think we know," the official description said.

The full pilot episode, directed by SJ Clarkson, was shot in Northern Ireland. But in October 2019, HBO pulled the plug.

"After careful consideration, we have decided not to move forward to series with the Untitled Game of Thrones prequel," the network said in a statement at the time. "We thank Jane Goldman, S.J. Clarkson, and the talented cast and crew for all of their hard work and dedication."

House of the Dragon

The same day the untitled project was canceled, HBO gave the green light to another prequel.

Titled House of the Dragon, the prequel is co-created by Martin and Ryan Condal, who will act as co-showrunner alongside Miguel Sapochnik. Sapochnik directed some of the most memorable GOT episodes, including "The Bells," "The Long Night" and "Battle of the Bastards."

The 10-episode series, starring British actor Paddy Considine as King Viserys Targaryen, will tell the story of the Targaryen civil war that took place about 300 years before the events portrayed in GOT.

"Viserys was chosen by the lords of Westeros to succeed the Old King, Jaehaerys Targaryen, at the Great Council at Harrenhal," the official character description for King Viserys reads. "A warm, kind, and decent man, Viserys only wishes to carry forward his grandfather's legacy, but as we've learned from Game of Thrones, good men do not necessarily make for great kings." Last December, HBO released concept art for the new dragons featured in the series. The renderings depict one dragon's face up from up close, with dark red scales and saliva dripping from its teeth. The other photo depicts an orange dragon with spikes on its tail, wings and head.

Production on House of the Dragon is scheduled to begin later this year.

The Tales of Dunk and Egg

Variety and Deadline reported last month that another prequel is in early stages of development at HBO based on Martin's series of novellas, the Tales of Dunk and Egg. The story takes place 90 years before the events of Martin's A Song of Ice and Fire series that served as the inspiration for GOT, and tells the tale of Ser Duncan the Tall (Dunk), a knight who eventually joins the Kingsguard, and his young squire Aegon V Targaryen (Egg), who eventually becomes king.

Martin has published three novellas so far in the series: The Hedge Knight, The Sworn Sword and The Mystery Knight.

According to The Hollywood Reporter, an animated drama set in the GOT universe is also in early development at HBO Max. Though animated, the outlet reported that the series would be "adult-leaning," but the project is still in very early stages.

No deals have been made regarding the animated series or the Dunk and Egg series, so it's possible they may end up getting scrapped.

A Song of Ice and Fire

Despite all the prequels in the works, eight seasons of GOT and 18 books published by Martin, there is still some source material missing.

The author has yet to finish the Song of Ice and Fire series, which served as source material for GOT. So far, five books in the series have been published. Nearly 25 years after the first book was published in 1996, there are two more to come: The Winds of Winter and A Dream of Spring.

Last year, Martin said the "enforced isolation" of the pandemic-induced lockdown had "helped me write."

"I am spending long hours every day on The Winds of Winter, and making steady progress. I finished a new chapter yesterday, another one three days ago, another one the previous week," he wrote on his blog last July. "But no, this does not mean that the book will be finished tomorrow or published next week."

"It's going to be a huge book, and I still have a long way to go," he continued. "I have bad days, which get me down, and good days, which lift me up, but all in all I am pleased with the way things are doing." There's still no word on exactly when the next book will be released. According to Entertainment Weekly, Martin said he expects to finish it sometime this year.

While Martin has said there will be similarities between the TV show's ending and the ending in the books, there will also be differences.

He answered his own question with, "Well… yes."

"There are characters who never made it onto the screen at all, and others who died in the show but still live in the books," Martin wrote. "So if nothing else, the readers will learn what happened to Jeyne Poole, Lady Stoneheart, Penny and her pig, Skahaz Shavepate, Arianne Martell, Darkstar, Victarion Greyjoy, Ser Garlan the Gallant, Aegon VI, and a myriad of other characters both great and small that viewers of the show never had the chance to meet."