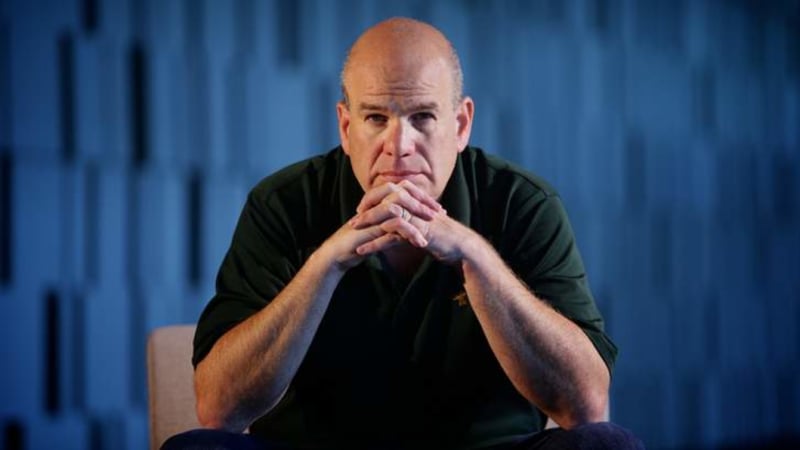 The borders between television and prose fiction grow ever more porous. At the University of Iowa's Writers' Workshop – a bastion of literary purity for aspiring novelists and poets, which, not coincidentally, has been featured on the TV show Girls – evidence of this porousness is sometimes subtle: "It happened a few years ago," said the workshop's director, Lan Samantha Chang. "Everyone was suddenly using the word 'reveal' as a noun." 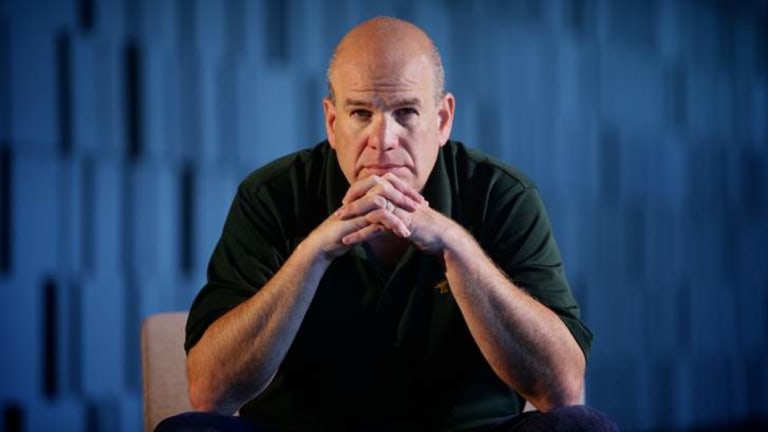 If, as William Faulkner once put it, "Hollywood is the only place on Earth where you can get stabbed in the back while you're climbing a ladder", what or who has made television palatable to Faulkner's spiritual offspring? Many would point to David Simon, the creator, show runner and head writer of The Wire, a show that helped put long-form, multi-storied episodic television on the map.

Simon was a former crime reporter for The Baltimore Sun who had written two doorstops of narrative nonfiction (Homicide and, with writer Edward Burns, The Corner), both of which he turned into television series. In 2001, while Simon was in the throes of creating The Wire, his then girlfriend, crime novelist Laura Lippman, told Simon about her friend, novelist George Pelecanos.

Simon recently recounted: "She said, 'This guy is writing in the same tonality and vernacular as you'."

Simon read some of Pelecanos' work and then hired him to write for The Wire, telling him, in Pelecanos' words, that the show would be "a novel for television" and that "each episode would be like a chapter in a book".

Once on The Wire's writing staff, Pelecanos introduced Simon to novelist Richard Price, who also came on board the show. Simon said: "After that, I said, 'Who's next?' We decided Dennis Lehane."

Simon maintains that novelists are particularly well-suited for long-form television, where stories unspool over several episodes or a whole season: "They can see the whole."

Currently, his writers on HBO's The Deuce, which he created with Pelecanos, include Price as well as crime novelists Megan Abbott and Lisa Lutz. The experience has "required us all to leave some authority and ego at the door and engage in a collective act of storytelling", Simon said. "Nothing defines selflessness more than telling Richard Price that a great scene he wrote for episode two is going in Megan's later script because it works better there. Or vice versa."

Indeed, for many novelists who make the transition to TV writing, collaboration – and the threat it poses to a fiction writer's default setting of solitary, gauzy daydreaming – is chief among the challenges. 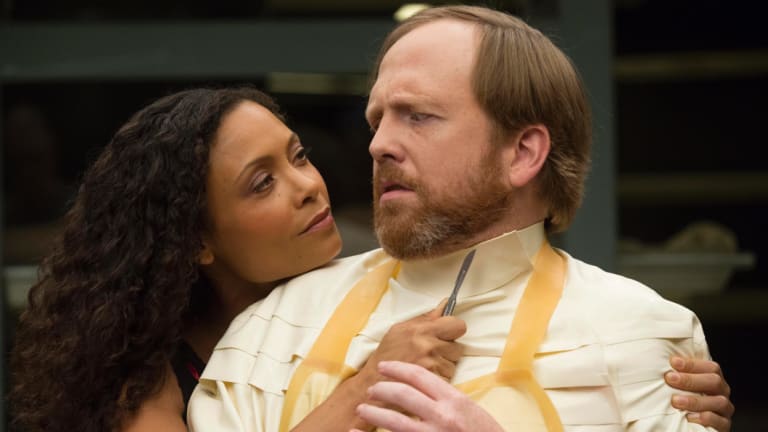 Thandie Newton as Maeve and Ptolemy Slocum as Sylvester in Westworld.Credit:Showcase

"Having to sit at a conference table looking at other humans for many hours a day takes a kind of mental energy," said Charles Yu, author of How to Live Safely in a Science Fictional Universe and a 5 under 35 honoree by The National Book Foundation who has gone on to write for Westworld, Here and Now and Legion. "It also took me a while to realise when my story pitches had been rejected by show runners in story meetings, because the pitches were turned down so nicely. I'll still be noodling on about some idea I think is fascinating, and the rest of the room is two or three pitches further on."

Another issue that novelists struggle with when writing for TV is economy. "With novels, I could write 15 pages on a piece of furniture if I wanted," said Crazy Rich Asians author Kevin Kwan, who is working on an original series for Amazon. "But in TV, one page is one minute. You've got 60 pages to tell a story and make people want to download the next episode."

Novelist Ali Liebegott, who wrote for Transparent and is now a writer and co-executive producer of the Roseanne spinoff The Conners, said: "There's so much room in fiction just to be in a mood. But TV is all about the action. It's economical, whereas I'm much more tangential by nature. I mean, all my favourite movies are about two alcoholics sitting across a table from one another." 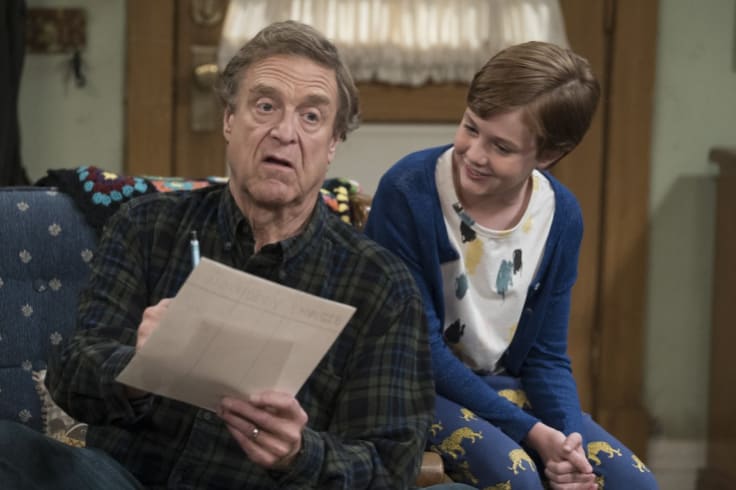 John Goodman as Dan Conner and Ames McNamara as his grandson Mark in The Conners.Credit:ABC

Do novelists worry that their participation in the time-consuming but highly lucrative world of television might cause them to squander their fiction careers, gradually transforming them from ink-stained wretches to Malibu caftan-wearers? "That is a favourite topic in my therapist's office," said Attica Locke, who has written for Empire and Ava DuVernay's upcoming series Central Park Five. "But I can't eat off books. I can't send my kid to private school off books."

Locke offers a sterling example of how writing for TV can actually aid a writer's prose. "I wrote my last book, Bluebird, Bluebird, in between seasons of Empire, and then during the third season. When I finally showed it to my agent, he couldn't believe how short it was! He said, 'The best thing you got out of Empire is brevity!' All my other books were over 400 pages."

Bluebird, Bluebird went on to make 18 "best of the year" lists, be a finalist for The Los Angeles Times Book Prize and win the 2018 Edgar Award for Best Novel. The book is – here's the reveal, folks – being developed as a TV series.