“There was this thing that we kept saying,” García said in a recent phone interview. “If you scratch the surface, what’s really behind the macho guy? A man that loves other men.”

The 44-year-old actor confronts that duality from a new perspective in “Cassandro,” the performance name of real-life gay Lucha libre wrestler Saúl Armendáriz. The El Paso native became a cultural phenomenon in the ’80s when he constructed the persona of Cassandro, a variation of a flamboyant luchador. Known as exóticos in the world of the ring, these characters reduced their sexuality to a villainous cartoon — but Cassandro flaunted his.

The narrative feature is the directing debut of Oscar-winning documentarian Roger Ross Williams, who uses its underdog character to construct a rousing portrait of sexual identity in a public arena. “Cassandro” hits some familiar beats — think “Rocky” in leopard-skin tights — against a fresh backdrop. As Cassandro, Garcia said, Armendáriz provided Mexico with a framework for acceptance in a society steeped in homophobia.

García, who also played a drag queen in Pedro Almodóvar’s “Bad Education,” has no reservations about pushing beyond his identity as a cis male performer. “It is a quite dangerous to think that we can only represent people who are like us,” he said. “In that sense, if you want reality, then nobody better than Saúl to create Cassandro.”

“Cassandro” began when Williams directed the 2016 Amazon Prime documentary short about Armendáriz, “The Man Without a Mask.” Williams was coming off his Oscar-nominated documentary feature “Life, Animated,” which portrayed the experiences of an autistic boy obsessed with Disney movies and included several animated sequences.

“Many people would come up to me and say that it felt like a narrative film,” Williams said. At Sundance, the movie won a directing prize and juror Amy Ziering told Williams at the awards that he should consider experimenting with a screenplay. “She kind of sparked that thinking for me,” he said.

A few months later, Williams realized he’d already found the right hook while shooting “The Man Without a Mask.” While shooting Cassandro after a match in Juarez, he noticed a lot of families and straight men in the crowd. “All of these macho guys were embracing him backstage,” Williams said. “I was like, ‘Wait a minute!’ He gained their respect because of his skill and talent.”

Then he watched the wrestler in full drag take to the ring as “I Will Survive” blasted across the room. “They’re all cheering for him,” Williams said. “Here was this proud, openly gay man and nobody saw it as an issue. How did he get to this place, in this culture, to break through like that? I started crying.” 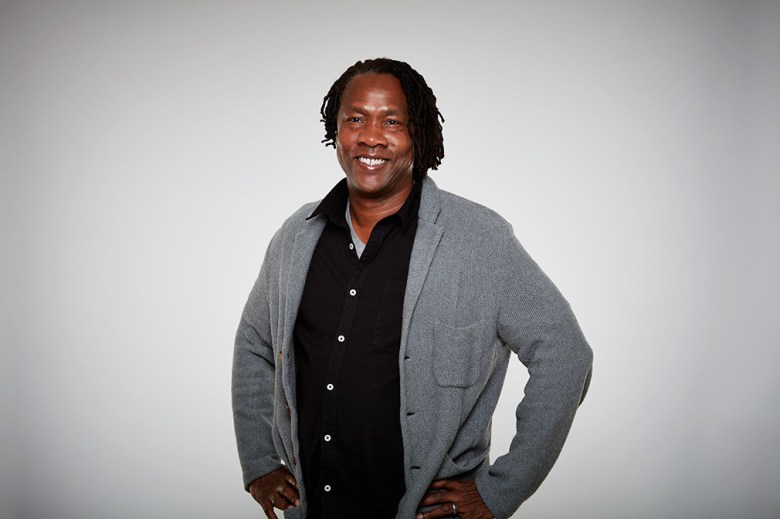 Williams added that his film addresses what he views as a significant gap in portraying gay lives. “I don’t think I’ve ever seen a gay sports movie. The gay person who seems to be most popular now is a serial killer,” he said, referring to Netflix’s recent Jeffrey Dahmer miniseries. “It’s the same thing that used to happen with Black storytelling. There are so many depressing stories about the challenges we have as a gay people. Where are the positive, uplifting success stories?”

He feels no representation qualms about casting García in a gay role. “It wasn’t even a question for me, because it was about who was going to do justice to Cassandro,” Williams said. “I think actors can play whoever if they’re great. Cate Blanchett plays a lesbian in ’TÁR.’ In this case, who else could play such an iconic figure? It was more important that Gael was Mexican and understood that culture.”

Said García, “I’ve never played myself, you know. And who I am is always someone that changes. I have a bisexual character, a homosexual, a trans character all inside me in a way, and I tapped into them to play different people. It is very complex and also really fantastic that we’re able to do that. It’s a triumph of humanity.”

Williams was struck by how Cassandro’s celebrity reached the upper echelons of Mexican fame. “It’s the second biggest sport in Mexico after soccer,” he said. “It’s hugely popular because it’s an escape for people from the struggles and challenges of their lives. They get to live in this fantasy and forget about their own problems.”

“At its core, Lucha libre is very physical theater,” said García, noting that he often watched matches while growing up in Guadalajara. “There was such fantastic hype around it. It’s incredibly athletic and hard, but it’s basically a play, and we want the good guys to win.” 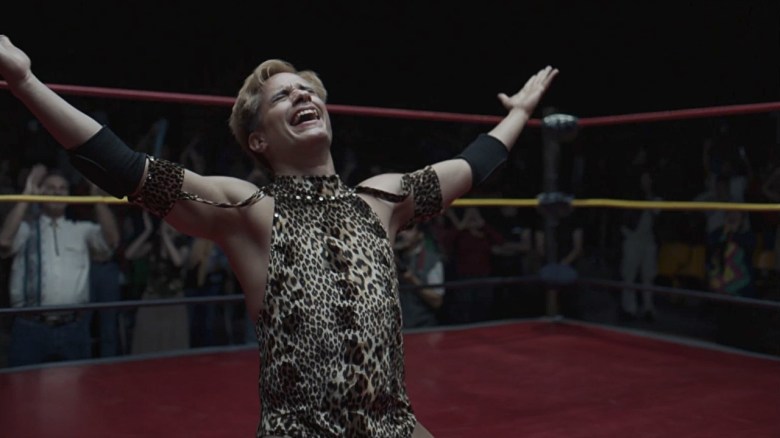 Williams, who wrote the movie with his longtime editor David Teague (“In documentaries, editors are like writers”), drew on his nonfiction instincts for some aspects of the film. These include Cassandro’s close relationship with his mother — which grows more complex as he develops his persona — and his estranged father. The director also cast famous luchador Hijo del Santo, who faced off against Cassandro in a legendary Mexico City showdown, to play himself.

Other details were embellished, including a relationship that the character has with a closeted wrestler portrayed by another straight actor, “We the Animals” and “Army of the Dead” star Raúl Castillo. “It was an amazing freedom to be able to do that as I couldn’t in a documentary,” Williams said. “This is based on Cassandro’s life, but it’s more about capturing his essence.”

Despite Williams’ many Sundance connections — in addition to winning awards at the festival, he also served on its advisory board — the institute’s writing lab initially rejected the “Cassandro” script. After a revision, he got into the directing lab. The experience led him to downplay the exuberance of the wrestling universe in favor of a more grounded, naturalistic biopic.

“I was leaning into the the campiness of the crazy world,” Williams said. “When I came out of the lab, I realized that world was there as the backdrop, but this really was an emotional story about embracing who you are.” Williams said he received advice from Robert Redford during the lab, and the actor-director even offered to storyboard a sex scene.

Eventually, Williams won over Amazon executives — including former studio head Ted Hope, who remains a producer — with a lookbook featuring images of the real-life Armendáriz in action and the company acquired the wrestler’s life rights for an undisclosed sum.

“He’s not getting rich off this,” Williams said, adding that his subject never saw the script. “He had absolutely no creative say. But audiences will get to know his incredibly inspirational story so he can take his place as the groundbreaking legend that he is.”

Even as Armendáriz’s biopic came to fruition, tragedy struck when the wrestler suffered a stroke last May that left him incapacitated on his right side and unable to speak. In an email to IndieWire, he expressed his support for the project. “I was nervous,” he wrote of the initial proposal, but “I worked a lot on the documentary and knew this film would also be great — for my career and life.”

Williams and Teague screened the movie for Armendáriz in El Paso a few weeks ahead of the Sundance premiere. Williams said that the wrestler stood up and cheered more than once throughout the screening. “I was moved,” Armendáriz wrote IndieWire. “It made me realize I was stronger than I imagined.”

“Cassandro” premieres January 20 at the 2023 Sundance Film Festival. Amazon releases it later this year. Watch an exclusive clip from the film below.

NBA betting: The top three Finals favorites at the midway point reside in the East