Home » TV & Movies » 'Futurama': Phil LaMarr Agreed to Do a Jamaican Accent to Save His Job 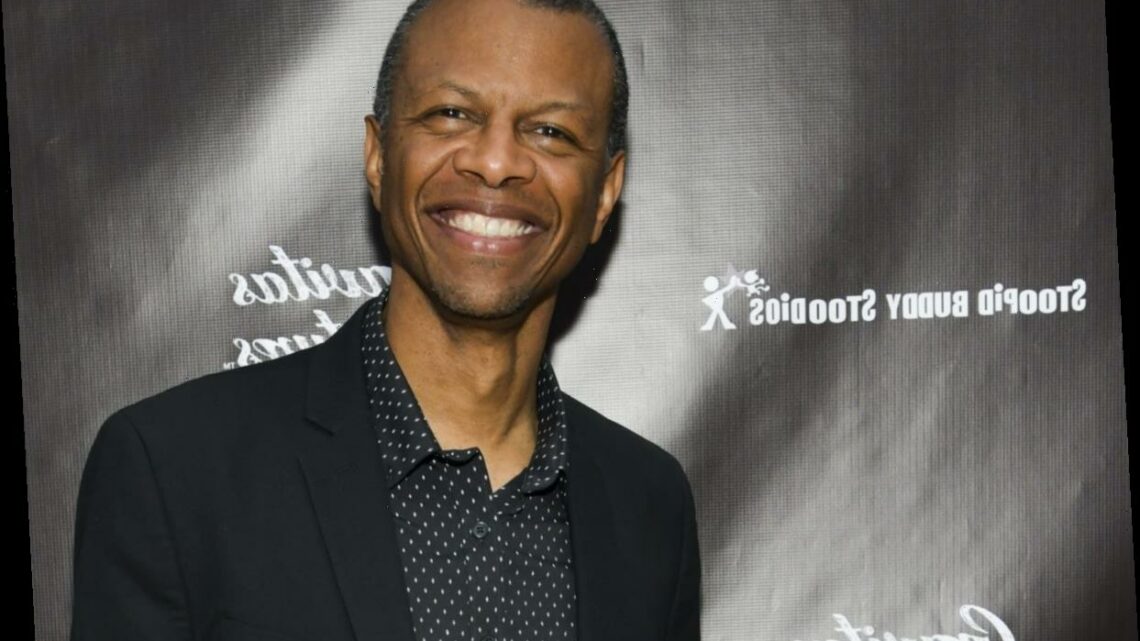 'Futurama': Phil LaMarr Agreed to Do a Jamaican Accent to Save His Job

The average person might not know who Phil LaMarr is by name, but they’ve likely heard his voice or seen his work in some way or another through a number of TV shows.

The Mad TV alumnus has enjoyed a long career in front of the camera and behind a microphone as a voice actor. However, his most iconic voice role, Hermes in Futurama, almost went to another actor.

All it took was one simple change to give LaMarr a part that he would cherish for much of the next 15 years.

LaMarr started acting with his improv group at Yale University, and a seed was planted that is still growing today. After studying with Second City, The Groundlings, and several other notable improv groups, he began getting noticed by the entertainment industry. In the early eighties, he got his first voice role on the Mister T cartoon series.

LaMarr might not have been a major star, but his work was seen and heard in cartoons, video games, television shows, and even hit films like Pulp Fiction. However, most of his work was in smaller, niche projects that did not make him a power player in the casual fan’s eyes. In 1995, however, everything changed. LaMarr joined MADtv, a variety show that let him explore his improv roots.

Around that same time, his voice work was getting better, too. From hit children’s cartoons to a recurring role on Buzz Lightyear of Star Command, LaMarr proved that he wasn’t a one-trick pony, two-trick pony, or even a three-trick pony.

He showed that he could do a little bit of everything. When word got out that The Simpsons’ Matt Groening was making a new television show, he jumped at the opportunity.

Seeing into the future

Lamarr found great success on Futurama. With an all-star voice cast of recognizable names from both in front of the camera and behind the microphone, it rode the wave of success started by the Simpsons to become one of the most successful adult-oriented cartoons of all-time.

His Hermes Conrad, an accountant for Planet Express, is a motivated worker who is always afraid of making mistakes.

A friendly sort, Hermes only showed a visible disdain for Doctor Zoidberg, the eccentric squid-alien who was continually making mistakes. Hermes is often seen as a voice of compassion throughout the series. He constantly harkens back to his past in Jamaica and wants nothing more than to become an Olympic Gold medalist in limbo for his country.

Hermes is a memorable character because he offered heart and ambition to a ludicrous story. Many of the show’s biggest laughs either come from Hermes or are at his expense.

LaMarr spilled his heart and soul on and off into the role for several years. Despite hundreds of other credits across television, movies, and video games, LaMarr’s most iconic role remains that of Hermes.

However, despite all of this, the role almost never happened.

LaMarr had already done two episodes in a familiar voice when it became clear that things weren’t working. According to an interview with People via YouTube, it was a last-minute change that helped secure his role going forward.

“They created this bureaucratic accountant character named Hermes who was not, initially, Jamaican,” LaMarr told People. “It was weird, because it wasn’t quite working. ‘Everyone else is getting a laugh. The account character’s not really getting laughs. We’d already had two actors be replaced. After the third episode, when they came down the hall, they asked, ‘Hey, can you do a Jamaican accent?”

LaMarr enthusiastically accepted this role, and the show was all the better for it. Hermes remains a memorable character years after the show left the air. LaMarr was able not just to do good voice work, setting a Jamaican origin helped define the character for many years thereafter.

Now, of all the roles LaMarr has done, Hermes remains his most iconic. All it took was a last-second idea to make it a reality, too.