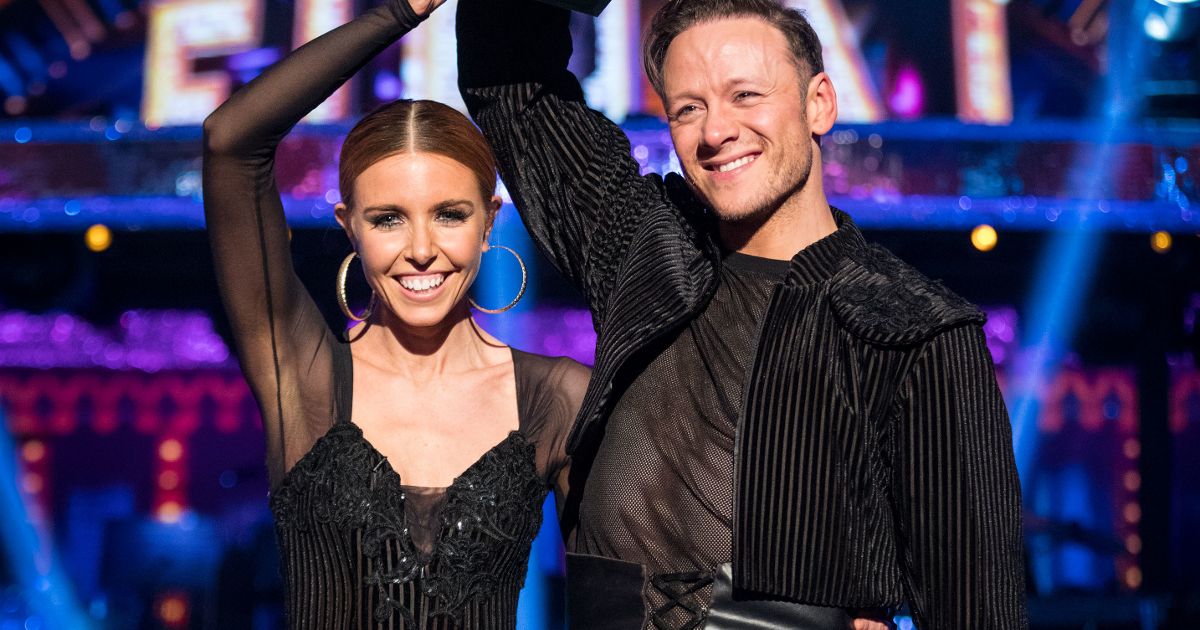 The 31-year-old BBC investigative journalist and the 36-year-old dancing professional from Grimsby were victorious over fellow contestants Faye Tozer and Ashley Roberts – who both had experience dancing in their respective bands Steps and the Pussycat Dolls.

And Stacey and Kevin were also triumphant over YouTube star Joe Sugg and his dance partner – Australian Dianne Buswell – who some fans suspected would romp to victory due to a voting loophole.

While many were thrilled to see immature dancer Stacey win the competition, others are up in arms about the entire situation.

And, indeed, some are pointing the finger at the BBC star and shouting ‘fix’ following her win.

Some are convinced that she was predestined to win as television scheduling from Monday appeared to suggest her victory was a foregone conclusion.

“My sister has just made a valid comment as she watched @thismorning yesterday and apparently @Schofe @RochelleHumes said Stacey and Kevin are on the sofa on Monday with Ruth and Eamonn,” one Twitter user wrote.

“And my sister thinks its a fix as why would they be on unless they were winners #strictlyfinal,” they theorised.

Others were just outright outraged that Stacey had been declared the winner over other contestants they felt gave a stronger overall performance.

“I honestly can’t get on board with that #StrictlyFinal such a fix and proof once again that it’s a popularity contest rather than a dance competition,” one outraged fan wrote.

While another tweeted: “#StrictlyFinal was a fix? Social media seemed to be all about Joe and Dianne.”

Stacey herself seemed thrilled with her result – despite an apparent ‘wardrobe malfunction’ during the course of one of her dances.

“I’ve won strictly and flashed my knickers. A perfect Sat night,” she tweeted.