Home » TV & Movies » From TIFF to Oscars: How the Audience Award Translates to Best Picture 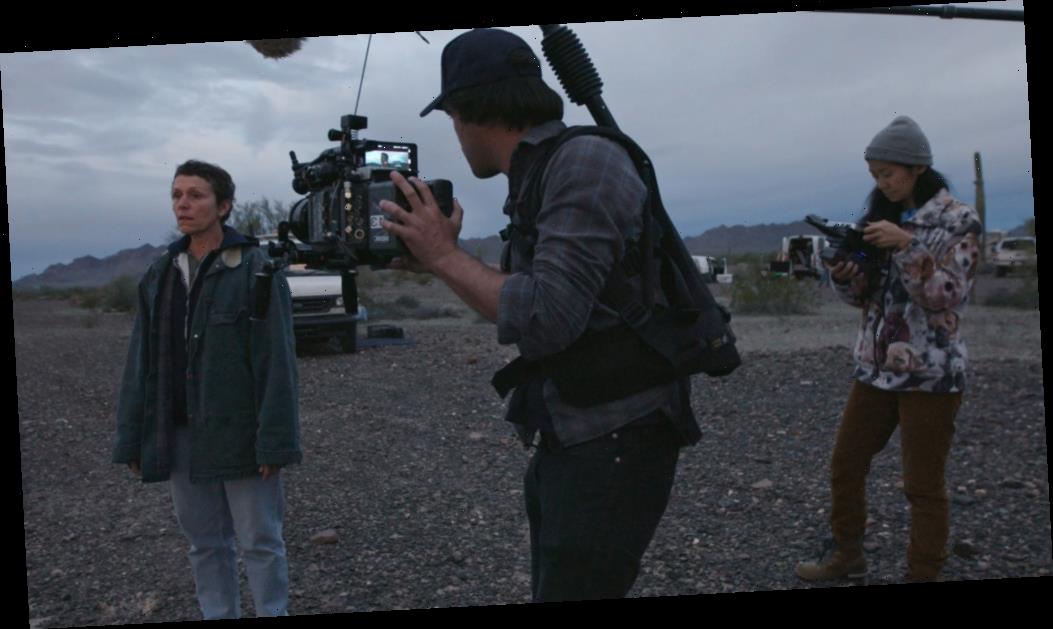 From TIFF to Oscars: How the Audience Award Translates to Best Picture

The Toronto International Film Festival’s Grolsch People’s Choice Award is one of the first indicators for a film heading towards the Dolby Theatre during an awards season. On Sunday, “Nomadland” from Chloé Zhao won the TIFF audience award, joining a list of epic pictures that have gone on to Oscar attention.

The Searchlight Pictures film stars Frances McDormand as a woman who sets off on the road to live as a modern-day nomad, and it has received near-universal acclaim. One of the brightest spots of TIFF and Venice, the film has emerged as one of the frontrunners for next year’s Academy Awards, which are still seven months away. Due to the COVID-19 pandemic, the Academy of Motion Pictures Arts and Sciences extended their eligibility calendar to Feb. 28, 2021, and moved the ceremony to April 25, 2021.

This marks Searchlight’s second win in a row following last year’s “Jojo Rabbit,” which went on to be nominated for best picture and win adapted screenplay for writer and director Taika Waititi. This is Searchlight’s fifth win overall including “”Slumdog Millionaire,” “12 Years a Slave” and “Three Billboards Outside Ebbing, Missouri.” This is also the first and only time the Venice Golden Lion, which “Nomadland” won in early September, matched the TIFF audience award. Searchlight has won the Golden Lion in two previous occasions with 2008’s “The Wrestler” and 2017’s “The Shape of Water.”

The praise at TIFF, layered with the big win, puts the film in a prime position, although not necessarily the best one. Building your Oscar buzz is an art form for many movie studios and awards strategists. You want to have your film catch on and get discovered as organically as possible. Being the “frontrunner” can put a target on your back, which can result in a backlash or people “voting against” you, instead of “for you.” Past films like “The Imitation Game,” “La La Land,” and “Three Billboards,” who all won the audience award, seem to fit in the box of backlash recipients.

It’s not all about “Nomadland” with the audience award though. The two runners-up were Regina King’s “One Night in Miami” and Tracey Deer’s “Beans.” Distributed by Amazon Studios, King’s film that looks at an evening with four prolific figures discussing civil rights has also received outstanding praise. With internal discussions still ongoing regarding category placements of its stars Kingsley Ben-Adir, Eli Goree, Aldis Hodge and Leslie Odom Jr., there are high expectations for the film to do well during its awards run. In the conversation for a best director nomination, King would be the first person to win an Oscar for acting, and then go on to be nominated for directing after the honor. This is a feat that legends like Laurence Olivier (“Richard III”), Barbra Streisand (“Yentl” and “The Prince of Tides”), Sean Penn (“Into the Wild”) and Denzel Washington (“Fences”) couldn’t overcome in previous years.

In the case of the true events film “Beans,” which tells the story of the 78-day standoff between two Mohawk communities and government forces in 1990, it made its mark at TIFF. From debut filmmaker Tracey Deer, who was honored at the TIFF Tribute awards with the Emerging Talent prize, it has yet to find U.S. distribution, but this high-profile honor could change that in the coming weeks.

In the last decade, the TIFF audience award has cited three best picture winners: “The King’s Speech,” “12 Years a Slave” and “Green Book.” Three other winners, “Argo,” “Spotlight” and “Parasite” were all runners-up for the title in their respective years. Other best picture champions, “The Artist,” “Moonlight” and “The Shape of Water” failed to place in the top three. “Birdman” is the only Oscar-winner that did not screen at TIFF prior to its awards season run.

Further following the statistical data, 2011 is the only time the TIFF Audience awards failed on its road to Academy’s best picture lineup (2011’s “Where Do We Go Now?” from Nadine Labaki). Labaki’s film was the official submission for Lebanon into the foreign language category, now known as best international feature. Labaki would later become the first female to be nominated for an Oscar for the country of Lebanon, as well as being the first female Arab director.

TIFF has always been a place where distributors pick up hidden gems and decide to move it into awards season positioning. Bleecker Street picked up Mona Fastvold’s “The World to Come” with Katherine Waterston and Vanessa Kirby during the festival run. The movie could be a factor in the awards discussions, especially for Kirby, who has already delivered hugely in Kornél Mundruczó’s “Pieces of a Woman” that went to Netflix. With the right campaigning, Kirby could go the way of Scarlett Johansson last year who was double nominated for “Marriage Story” and “Jojo Rabbit,” only the 12th actor to do so.

Netflix also added “Malcolm & Marie” from Sam Levinson to its roster, but insiders have shared that the film will likely drop in 2021, outside the eligibility window. The film stars John David Washington and Zendaya as a couple who return home following a movie premiere and discover things about their relationship that test their love. Filmed between June 17 and July 2, the film is one of the first to have been shot and sold during the COVID-19 pandemic.

Emma Seligman’s “Shiva Baby” went to Utopia Media ahead of its TIFF premiere. It also doesn’t have an announced release, but is still being considered for a current eligibility drop.

Sony Pictures Classics took on the worldwide rights for “Salvatore: Shoemaker of Dreams” from “Call Me by Your Name” Oscar-nominated director Luca Guadgnino ahead of its gala debut at TIFF.

Solstice Studios bought Reinaldo Marcus Green’s “Good Joe Bell” with Mark Wahlberg, while Vertical Entertainment picked up Roseanne Liang’s “Shadow in the Cloud” with Chloë Grace Moretz. Both have not been dated as of yet, though the latter is expected for a summer 2021 release. The reviews have been mixed for both, so fans shouldn’t expect them on the awards circuit.