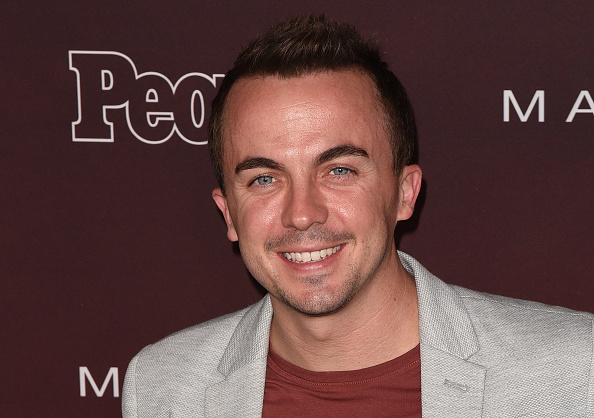 Malcolm in the Middle star Frankie Muniz has said he’s seen ‘way too much’ of Dennis Rodman’s penis… and we weren’t expecting that admission to come out of his mouth.

Frankie, 35, who found fame as a young actor playing the middle child named Malcolm in a dysfunctional but hilarious family, is starring in the revival of the 2000s reality series The Surreal Life on MTV.

The TV show – which saw a group of celebrities live together in a mansion for a couple of weeks – will also feature NBA star Dennis, 61, in the cast, who was nicknamed ‘the Worm’ during his illustrious basketball career.

During a recent interview, Frankie confessed that they ‘made a song about Dennis Rodman’s dong’, which he’s hoping will make the final cut of the programme, which premiered on VH1 this month in the US.

Explaining that he’s far shorter than Dennis, given he’s 5’ 5” in comparison to the retired athlete’s 6’ 5” height, the actor said that he was at ‘dong height’ to his co-star.

‘It was just so shocking. I’m, unfortunately, like Dennis Rodman-dong height. I saw way too much of Dennis Rodman’s dong,’ he told The New York Post Page Six column.

As well as Frankie and Dennis, other celebrities set to appear on the series including Stormy Daniels, August Alsina, Manny MUA and Tamar Braxton.

Frankie said that the people in charge of the show did ‘such a good job’ at ensuring the cast members weren’t aware of their co-stars’ identities before they began filming.

‘They did such a good job of hiding who else was going to be in the house. So literally the minute you walk in the house is the first time you see anybody,’ he said.

‘So your mind is racing: “Who’s going to be there? Is it anybody that I know?”’

He added that he found it ‘crazy’ he was going to be living with Dennis for a couple of weeks.

While Malcolm in the Middle came to an end 16 years ago, Frankie recently shared that Bryan Cranston, who played his on-screen father Hal, is working on the script for a reboot.

‘I know Bryan Cranston is really into the idea and he’s kind of heading writing the script and getting everything rolling. So, there might be something. I would be down 100%,’ he told Fox News.

The Surreal Life airs on VH1 in the US.

You can follow our new Snapchat show Pop Cultur’d, the go-to place for all things pop culture.

Keep up with the latest Showbiz exclusives by following Metro Showbiz on Snapchat.

And football fans can indulge in all the transfer gossip and more on Metro Football on Snapchat.