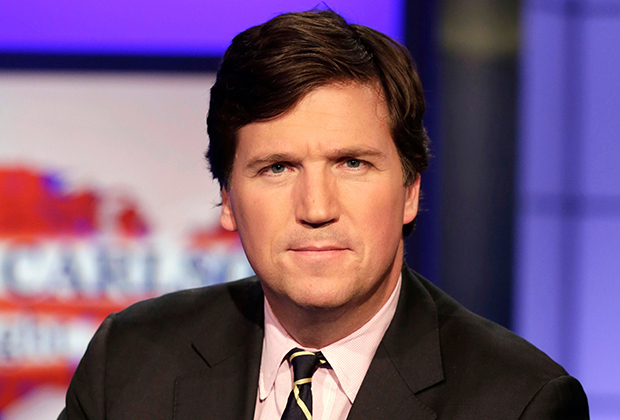 Carlson opened Thursday’s broadcast by discussing mass immigration, arguing that it is “insane” and “indefensible,” from an economic standpoint, to allow immigrants into America.

“Instead, our leaders demand that you shut up and accept this,” Carlson continued. “‘We have a moral obligation to admit the world’s poor,’ they tell us, even if it makes our own country poorer and dirtier and more divided…. Huddled masses yearning to breathe free? Nope. Cynical shakedown artists who’ve been watching too much CNN.”

Carlson’s immigration segment was immediately followed by a promo for Pacific Life, which has been sponsoring Tucker Carlson Tonight for just over a year.

The company gave the following statement to The Hollywood Reporter on Friday, revealing that Pacific Life will not advertise on Carlson’s show for the foreseeable future and will “reevaluate” its relationship with the program.

Pacific Life’s national advertising campaign runs on numerous networks and cable stations and on a variety of news, business and sports programs. One of our ads appeared on Tucker Carlson’s show last night following a segment where Mr. Carlson made a number of statements regarding immigration. As a company, we strongly disagree with Mr. Carlson’s statements. Our customer base and our workforce reflect the diversity of our great nation, something we take great pride in. We will not be advertising on Mr. Carlson’s show in the coming weeks as we reevaluate our relationship with his program.”

Fox News issued a statement in response to the decision: “It is a shame that left-wing advocacy groups, under the guise of being supposed ‘media watchdogs,’ weaponize social media against companies in an effort to stifle free speech. We continue to stand by and work with our advertisers through these unfortunate and unnecessary distractions.”

This is not the first time advertisers have fled from Fox News programming. Earlier this year, multiple sponsors pulled their ads from Laura Ingraham’s show after she posted a tweet that mocked David Hogg, a survivor of the Parkland, Fla. school shooting.

Bill O’Reilly also faced backlash from advertisers after multiple women accused him of sexual harassment in 2017, a scandal that ultimately got O’Reilly booted from Fox News altogether.