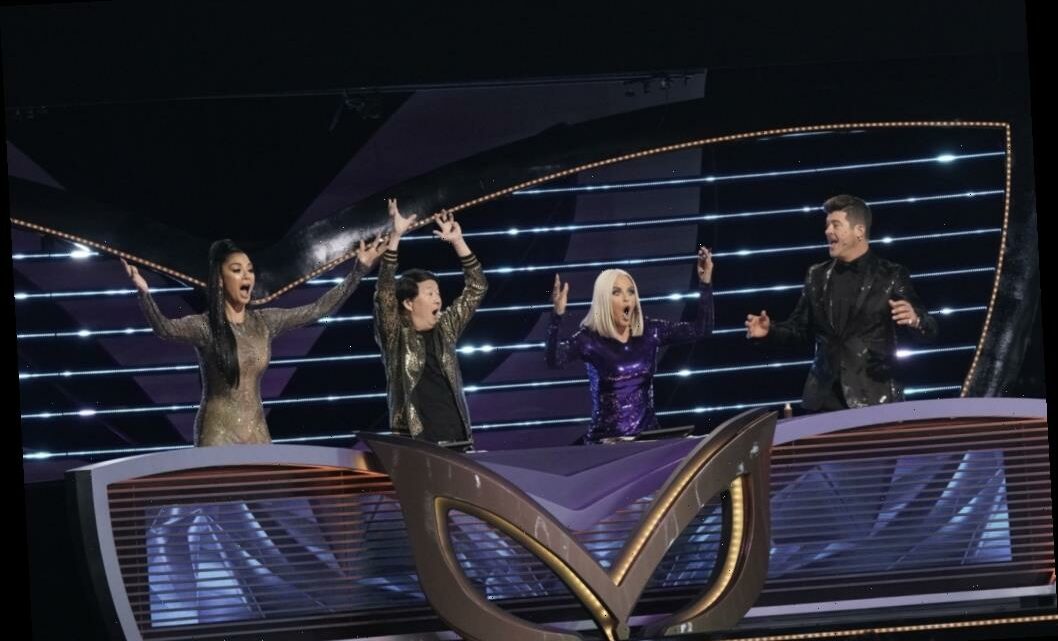 Fox is moving up its latest mystery entertainment contest I Can See Your Voice to the fall schedule to create a two-hour block based on Korean formats.

I Can See Your Voice will launch on at 9 p.m. Wednesday September 23, after the return of The Masked Singer at 8pm – a two-hour block with Ken Jeong.

The network has, however, pushed back Masterchef Jr., which was originally planned to follow The Masked Singer and is in the can but does not have an airdate.

This comes after Deadline revealed that I Can See Your Voice and The Masked Singer were both back in production.

Jeong hosts I Can See Your Voice with Curb Your Enthusiasm’s Cheryl Hines and Adrienne Bailon-Houghton part of a rotating panel of celebrity detectives to help tell the difference between good and bad singers, without ever hearing a note.

I Can See Your Voice, which based on a format from Korea’s CJ ENM, the company behind NBC’s Better Late Than Never, does not involve actual singing until the reveal. Each week, one contestant will have the chance to win a $100,000 prize if they can tell the difference between the good and bad singers, without ever hearing them sing a note. Helping the contestant navigate through rounds of lip sync challenges, comedic hidden clues and true-or-false evidence will be a panel of celebrity comedians/experts and a musical superstar.

The show is produced by Fox Alternative Entertainment with James McKinlay, Craig Plestis and Jeong as executive producers.

Separately, Fox will be offering viewers a first-look, or “sneak peek” episode, of season four of The Masked Singer on Sunday September 13 following the first NFL double-header of the season.

Fox is the latest network to make changes to its fall schedule today after CBS revealed that it had added Star Trek: Discovery, One Day At A Time and Spectrum’s Manhunt: Deadly Games to its September and October line-up. CBS is hoping that it will bring back its scripted originals in November.

Fox, however, already set something of a Corona-proof fall schedule using Filthy Rich and NeXt, which were already in the can from last season, Nat Geo’s Cosmos and Spectrum acquisition L.A.’s Finest as well as animation, which was able to continue during the pandemic.

The fact that its duo of Korean entertainment adaptations were able to shoot this month is an added boon.

“Safely filming I Can See Your Voice this summer was a win in itself, but when we saw the pure magic of the show and felt the palpable suspense in the room before that first note hit, we knew we had to share it with audiences this season,” said Rob Wade, President, Alternative Entertainment & Specials, Fox Entertainment. “It’s no secret that viewers need a little fun and escape now and, as a companion to an all-new season of The Masked Singer, this will be a fantastic night of family entertainment – and a fantastic night of Ken Jeong.”