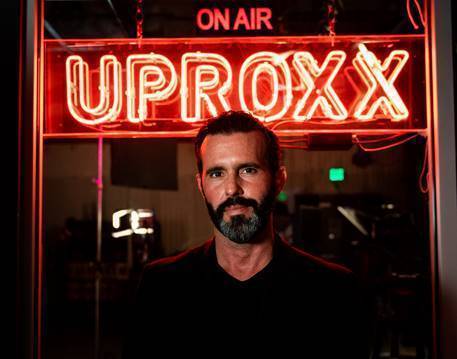 Charlie Corwin, the former head of Imagine Entertainment, will help Uproxx as it dives more deeply into the television and film space. The veteran executive is the first appointment to Uproxx’s advisory board. Ultimately, there will be four or five people on the board.

“The idea is that this will be a very active board filled with leaders from a number of different fields — technology, film, video, and branding,” said Benjamin Blank, Uproxx’s CEO. “We want people who can give us a 360 degree view of where media is going.”

Corwin and other board members will be compensated for their work, but Blank did not provide details about whether that will be in the form of salary or stock. Last summer, Uproxx was acquired by Warner Music Group. The company also owns HitFix and Dime, and creates original video series and daily programming. The online hub reaches 40 million people, most of them millennials. Corwin has already started developing a slate of programming with Blank.

“Uproxx has shown in the work they’ve done that they have an ability to bring great talent to great projects,” said Corwin. “We will develop platform specific content for every platform, in every shape and size. It’s all about being able to tell stories in the most compelling way.”

Before joining Imagine in 2017, Corwin was co-chairman and CEO of Endemol Shine Americas, overseeing the merger and integration of Endemol and Shine in North and South America. He also co-founded the Internet startup Live Music Channel and the movie and television production company Original Media. Corwin helped created docu-series such as “Miami Ink” and its spinoffs, as well as “Swamp People” and “Storm Chasers”. Corwin’s film credits include the indie favorites “The Squid and the Whale” and “Half Nelson.”

“The power of the Uproxx brand to attract pioneering personalities is one of the main reasons we brought the company to Warner,” said Max Lousada, WMG CEO of Global Recorded Music. “Charlie is an inventive leader and his expertise will be invaluable as Uproxx expands its ability to create stories and conversations that influence culture.”

Kim Kardashian Reveals Which Sister Is Most Likely to Sue Her