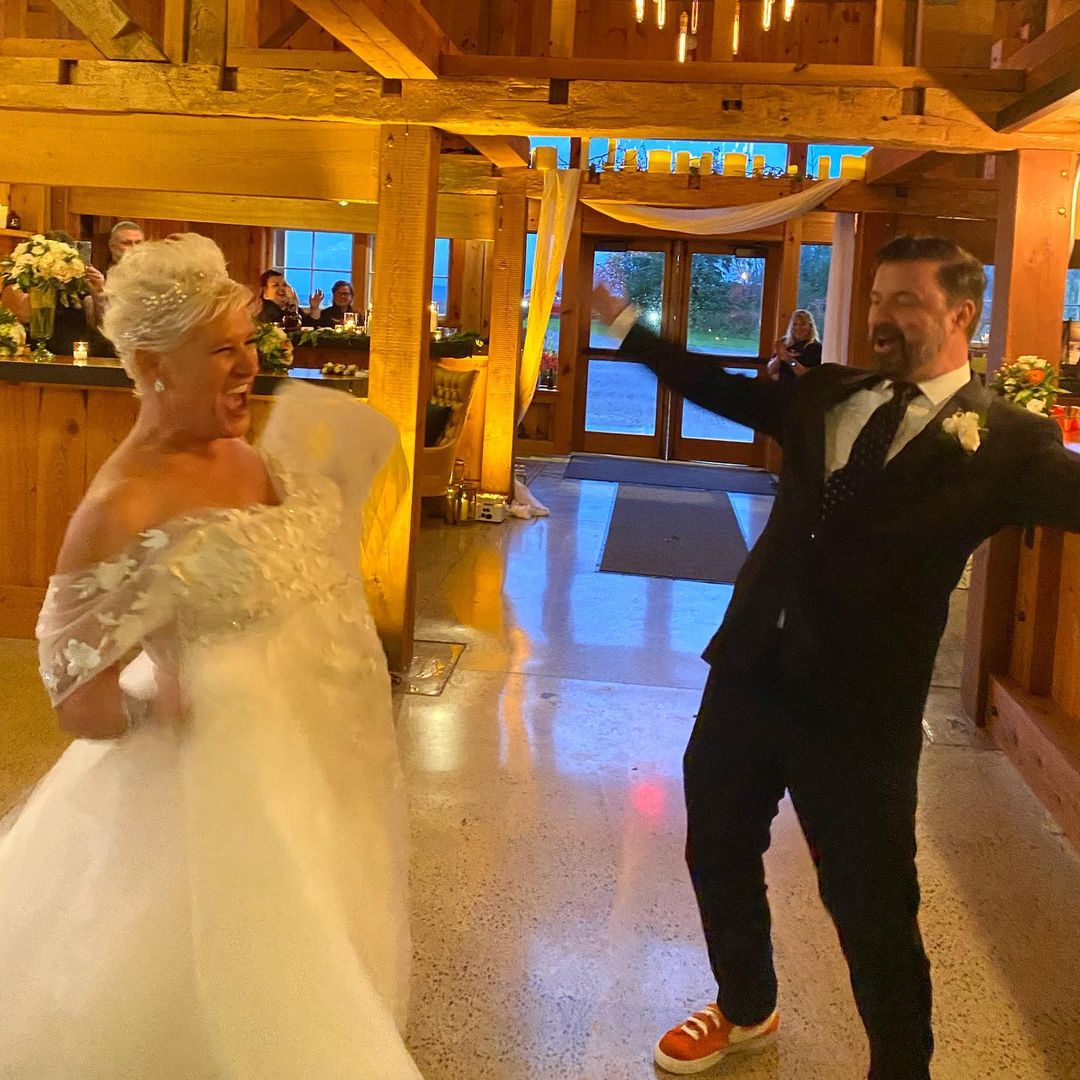 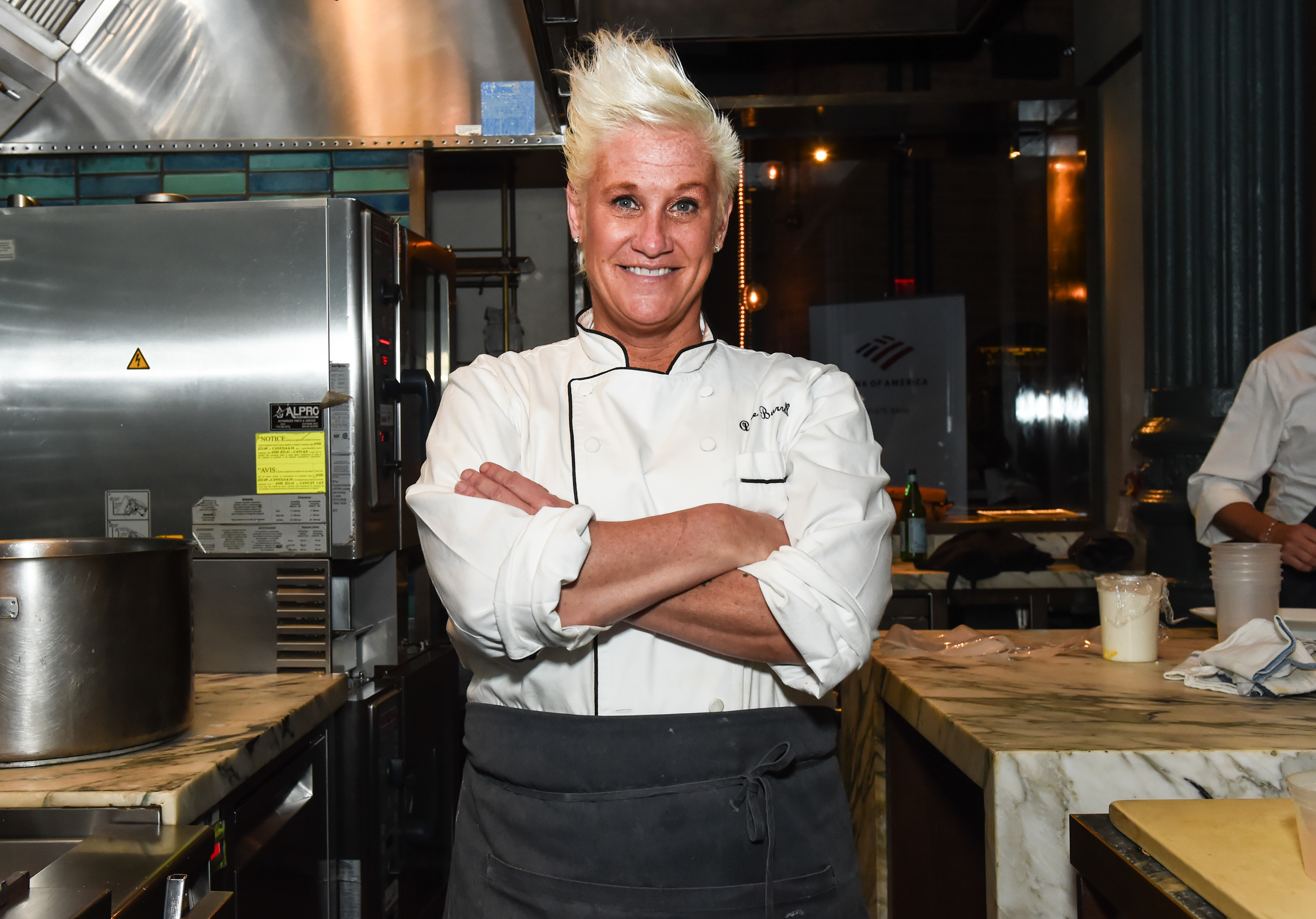 Anne and Stuart married on Saturday, October 16th, at Windridge Estates Redbarn 20 in the bride's hometown of Cazenovia, New York.

She told People before she tied the knot: "I can't believe it's really here. It's kind of surreal.

"We feel so much love and support from everyone who's coming."

Stuary proposed in April 2020 while quarantining with her family in Cazenovia.

Before walking down the aisle, Anne took a horse and carriage to the ceremony space.

Anne shared: "I don't care about the cheese factor. Every time I mention the horse and carriage Stuart laughs a little bit.

Rachael Ray was among her four bridesmaids, which also included her sister, Anne.

Stuart's best man was his sixteen-year-old son from a previous marriage, Javier.

This is Anne's first marriage, although she was previously engaged to chef Koren Grieveson in 2012.

"You don't have to be a stick figure, which I'm clearly not, but it still makes you feel beautiful and dreamy."

Anne noted: "I wanted it to be fun, and have a sense of whimsy." 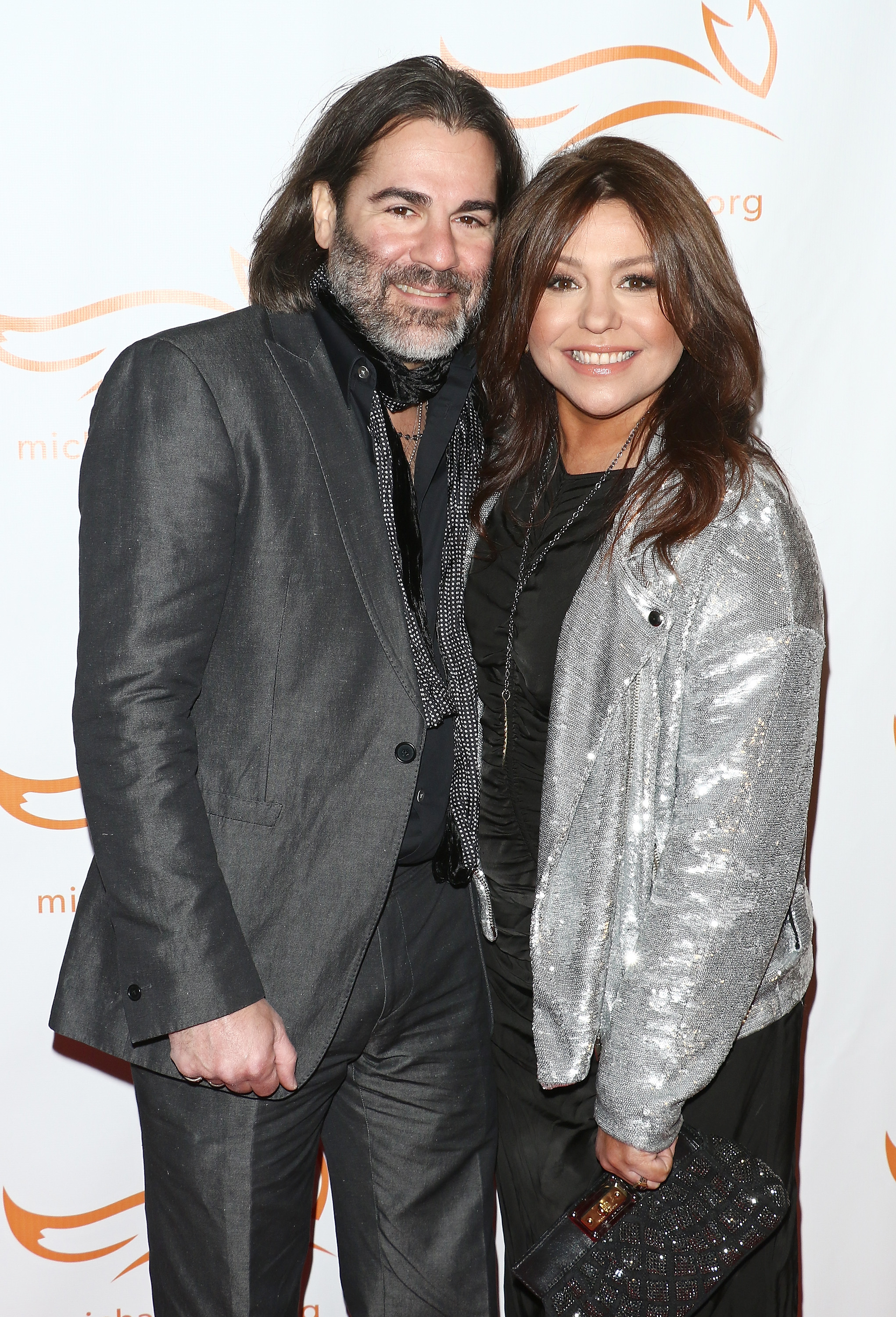 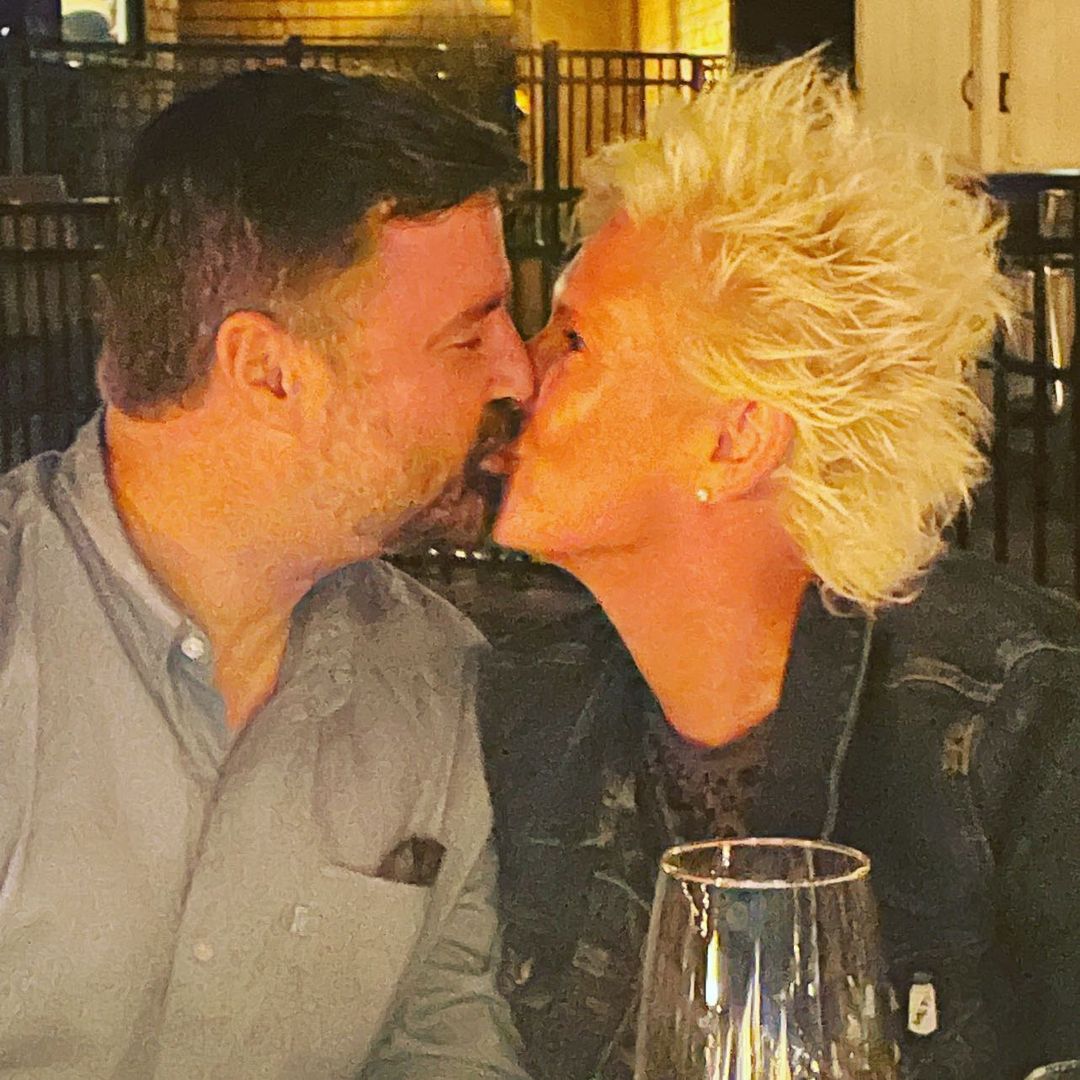 "But we've arrived. We have a meeting of the minds."

Guests dined on a roasted cauliflower steak with cauliflower puree, with crisp potato shoestrings with creme fraiche, and caviar.

Anne and Stuart served braised short ribs with a celery root over a parsnip puree and herb and potato crusted halibut on top of spaghetti squash, with Tuscan kale and pistachio pesto.

For the cake, Anne collaborated with Cake Boss's Buddy Valastro.

She said: "We had talked about a carrot cake, and Buddy was like, 'Eh, that's good, but what about a zucchini cake?'

"So we're doing a zucchini cake for one flavor, and then the other flavor is olive oil, lemon, and rosemary."

After dinner the newlyweds Anne and Stuart kicked off the party with some serious dance moves.

She told People "We have been going to dance classes and we had a Broadway choreographer choreograph a dance for us.

But there are no honeymoon plans, for now, Anne explained: "The thought of having a wedding up here, then getting home, turning around and going somewhere else is just so overwhelming to me.

"So I'm very happy to just have some home time, and enjoy newlywed bliss at home for a little while." 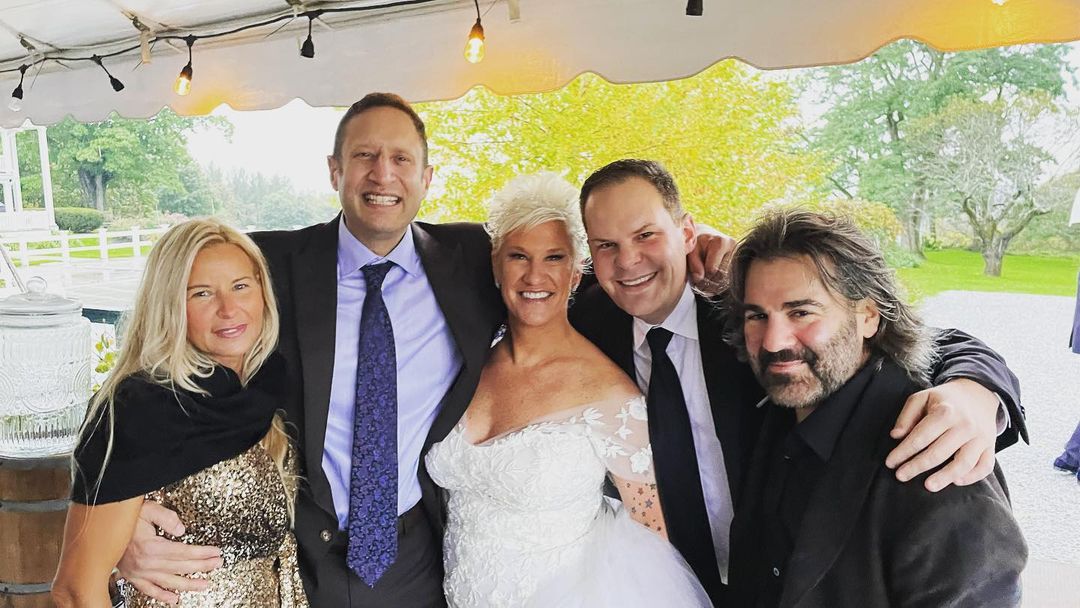 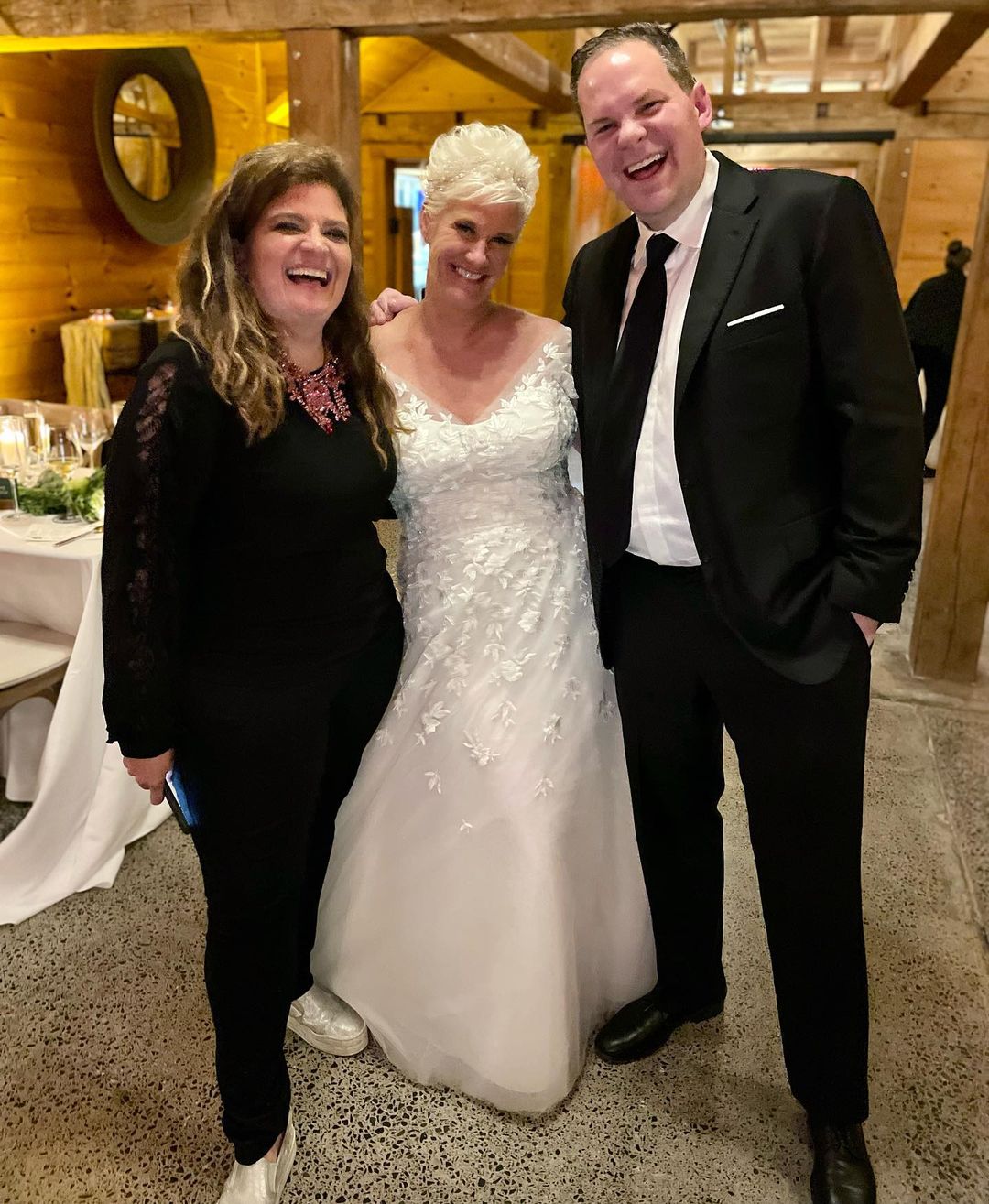 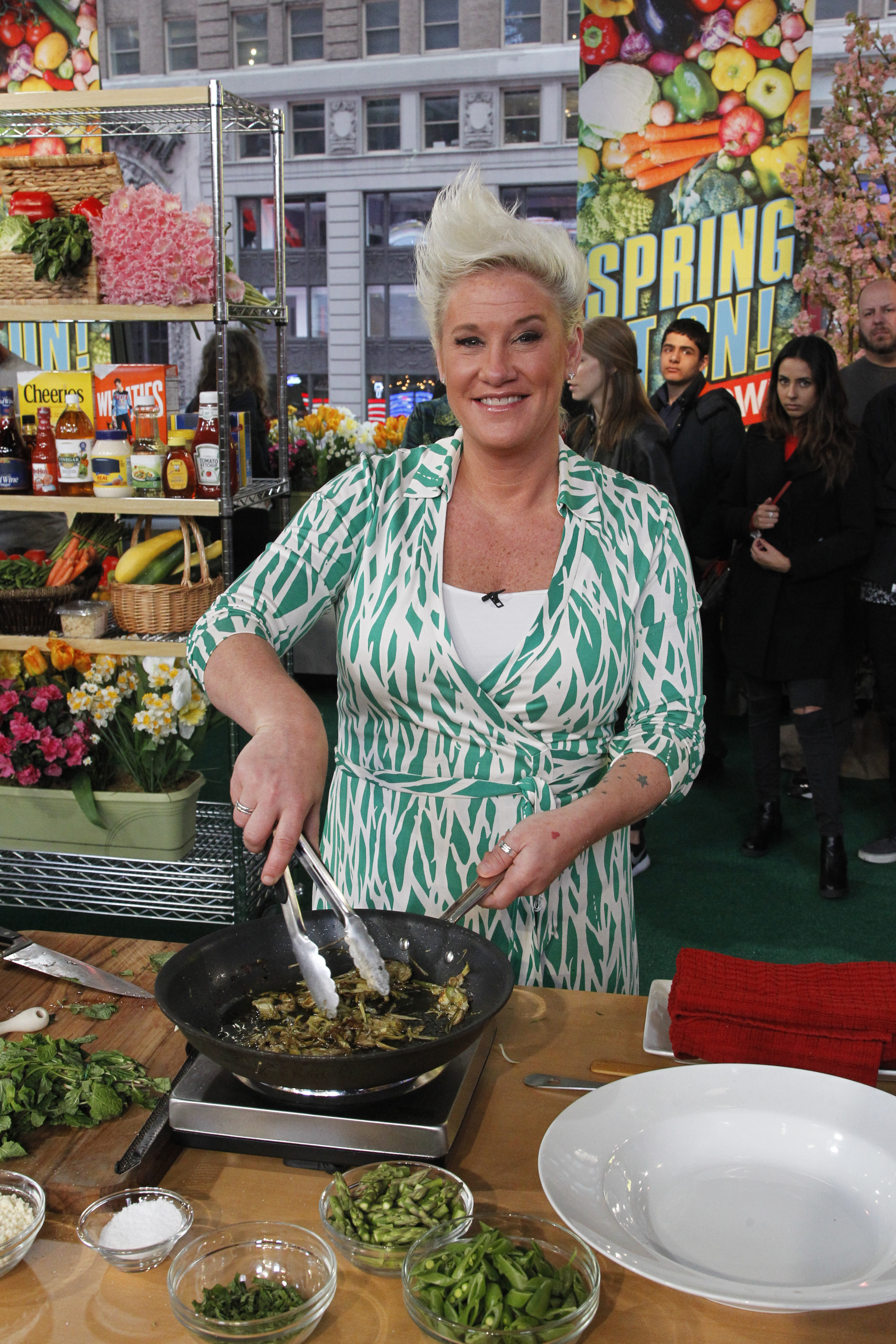 Art Directors Guild On Deal That Averted Strike: “The Strongest Contract We Have Achieved In Our History”