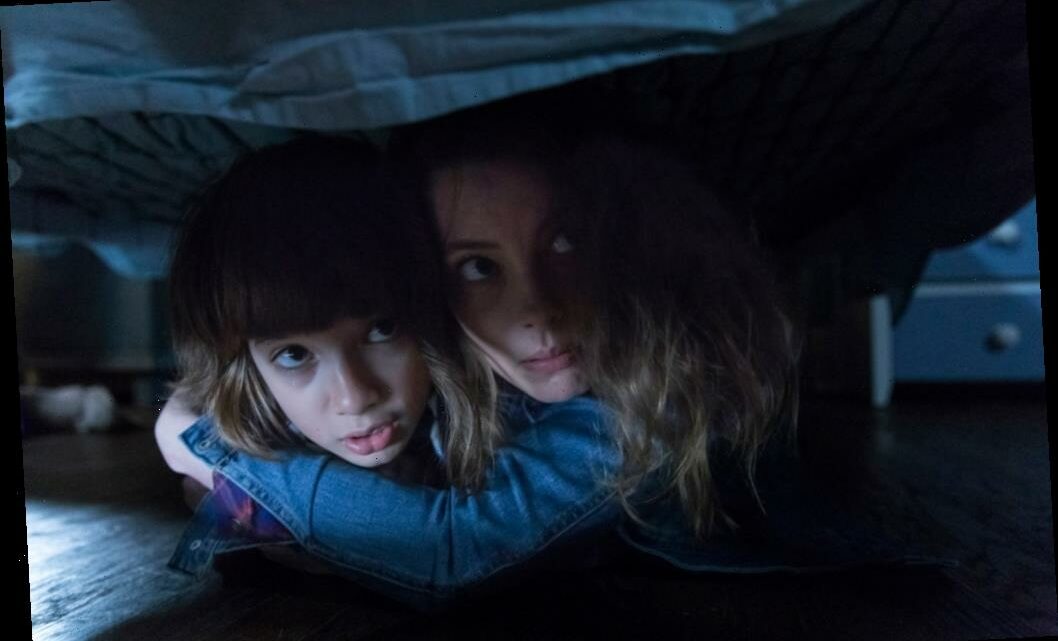 SUNDAY AM, Refresh for updates and chart: Focus Features/Amblin’s PG-13 horror movie Come Play came in much better than expected, seeing a boost on Halloween night (as opposed to expected drop) with $1.3M, +18% over Friday+preview’s $1.1M. This puts the pic’s opening weekend at $3.15M in No. 1 spot.

One industry insider tells me about the boost, “Look at what happens when you spend on TV, people actually come; no studio has really figured out digital spending yet” and I hear the last five days Focus spent on TV.  That’s also the reason why Tenet‘s Labor Day opening weekend grosses weren’t so vibrant: The studio curbed its TV spending, opting for more digital. How are you suppose to generate box office if you’re not telling audiences about your movie? Notable TV spend equals notable theatrical ticket sales.

There are no comps during the pandemic, especially with theaters curbing showtimes and hours, Focus Features Distribution Boss Lisa Bunnell said, “the movie became an alternative on Halloween”, given how in a number of areas of the country, trick-or-treating wasn’t in the cards.

She added, “We’re thrilled that audiences came out to celebrate Halloween making Come Play the #1 movie this weekend.  We had a great partnership with our friends at Amblin to bring Jacob Chase’s new vision of horror to the screen.”

Come Play filmmaker Jacob Chase beamed, “Having my first studio movie be released to this wide of an audience is a really special experience. Moviegoers all across the country have had a chance to see this film that I, along with the entire cast and crew, put so much heart and empathy into. While it isn’t exactly how we pictured the movie coming out when we made it, I’ve been remarkably impressed with Focus getting it into so many theaters safely during COVID. Wear your masks and keep your fellow humans safe!”

Come Play’s #1 hard-top theater gross for the weekend was at the AMC Orange with $11,942 where the film’s monster Larry, a full size puppet made by the Jim Henson Company, is on display.  The Mission Tiki is also in the Top 10, where there is a drive-through photo-op for moviegoers.  The best market share was in Dallas followed by New York (even with NYC theaters still closed), while the best per theatre average overall was in Sacramento at Sacramento 6 DI with $12,170.

PostTrak exits updated showed females at 52% and at 64% under 30 years old, which is what you’d expect for a PG-13 horror movie. Amblin financed this movie from The Picture Company which cost under $10M and had a P&A spend in the high single digit millions for opening weekend.

A chart will be generated once we know where Tenet lands, which is typically after 9AM.

SATURDAY AM: Focus Features has the widest entry at the pandemic weekend box office with Jacob Chase’s PG-13 Amblin horror film Come Play, and therefore the No. 1 movie at the box office, earning $1M yesterday at 2,183 theaters. $150K of that figure came from Thursday previews.

Come Play, which now has a 52% rating on Rotten Tomatoes, centers around a monster named Larry who manifests itself through smart phones and mobile devices.

Come Play is among many genre movies in the marketplace, given the Halloween weekend, in addition to Paramount’s limited theatrical release of Spell at 369 locations and catalog titles such as Hocus Pocus, The Nightmare Before Christmas, 1978’s Halloween, Beetlejuice, Scream, MGM/UAR’s The Addams Family, Poltergeist and a Nightmare on Elm Street.

Typically, whenever Halloween falls on the weekend, such as tonight, you can’t expect much at the box office. That was true during pre-pandemic times, and it looks to be true for this weekend as Come Play is expected to only make $2.5M; Saturday expected to be down around 5% per industry estimates.

Also, with New York City and Los Angeles theaters still closed, distributors aren’t shelling out that much in P&A, and I hear Come Play‘s was in the high single digit million range which is par for the course nowadays for these wide entries (which I understand is still more than what Disney spent on 20th Century Studios’ Empty Man last weekend) and also appropriate for this Gillian Jacobs-John Gallagher Jr. movie which cost under $10M. Come Play, I hear, is part of Universal/AMC’s PVOD deal, but that doesn’t necessarily mean it will play for strictly 17 days. Still, No. 3 chain Cinemark has booked the title as well, even though the chain doesn’t have a rev share deal with Uni.

Come Play received a B- CinemaScore which is average for a horror movie as that exit poll is traditionally harder on horror movies. That’s better than the D+ earned by Empty Man last weekend. Audiences on Comscore/Screen Engine’s PostTrak rated Come Play around 60%, with a low definite recommend around 40%. Essentially an even split between males and females, with 60% of the crowd being between 18-34 years old. The South and Eastern corridor of the US remain the most active for business, with the most money generating areas being New York DMA, Los Angeles/Orange County DMA, Chicago, Dallas and the newly reopened San Francisco, where concessions are banned.

RelishMix observes there was a shorted runway for the Come Play trailer (but not as short as Empty Man‘s last week, which was strictly one full week of digital promotion), with the first trailer dropped eight weeks ago on Aug. 27. Two studio-owned spots dropped on YouTube yielded 13.7M views, with 86% of those views from a studio-backed promo on the first trailer. On Facebook, video views for 15 videos were 8.9M, with 95% from the first trailer. Focus Features dropped materials on their social media universe of 2M fans, seeing moderate engagement with cross promotion on Amblin’s social channels of 3.1M fans.

In regards to social media conversation surrounding Come Play, RelishMix says it’s “super-mixed,” with “most horror convo for new micro to mid-budget chatter spinning around whether there’s potential to ‘franchise-out’ to become the next Paranormal Activity, Saw, Insidious or A Quiet Place. Plus, chatter on the quality of scares and how many are seen in the marketing materials. Also, whether this latest horror movie seems to offer more originality versus cliches.”

When it comes to moviegoing during the pandemic, RelishMix noticed on social media that “there’s less convo on pandemic shutdown issues, movie re-dates, and the state of exhibition business.” That will come as good news to exhibition, but we’re still not seeing big boosts here at the box office.

Elsewhere in the top 5 at the weekend box office for Oct. 30-Nov. 1 (sans Warner Bros.’ Tenet) per industry estimates: