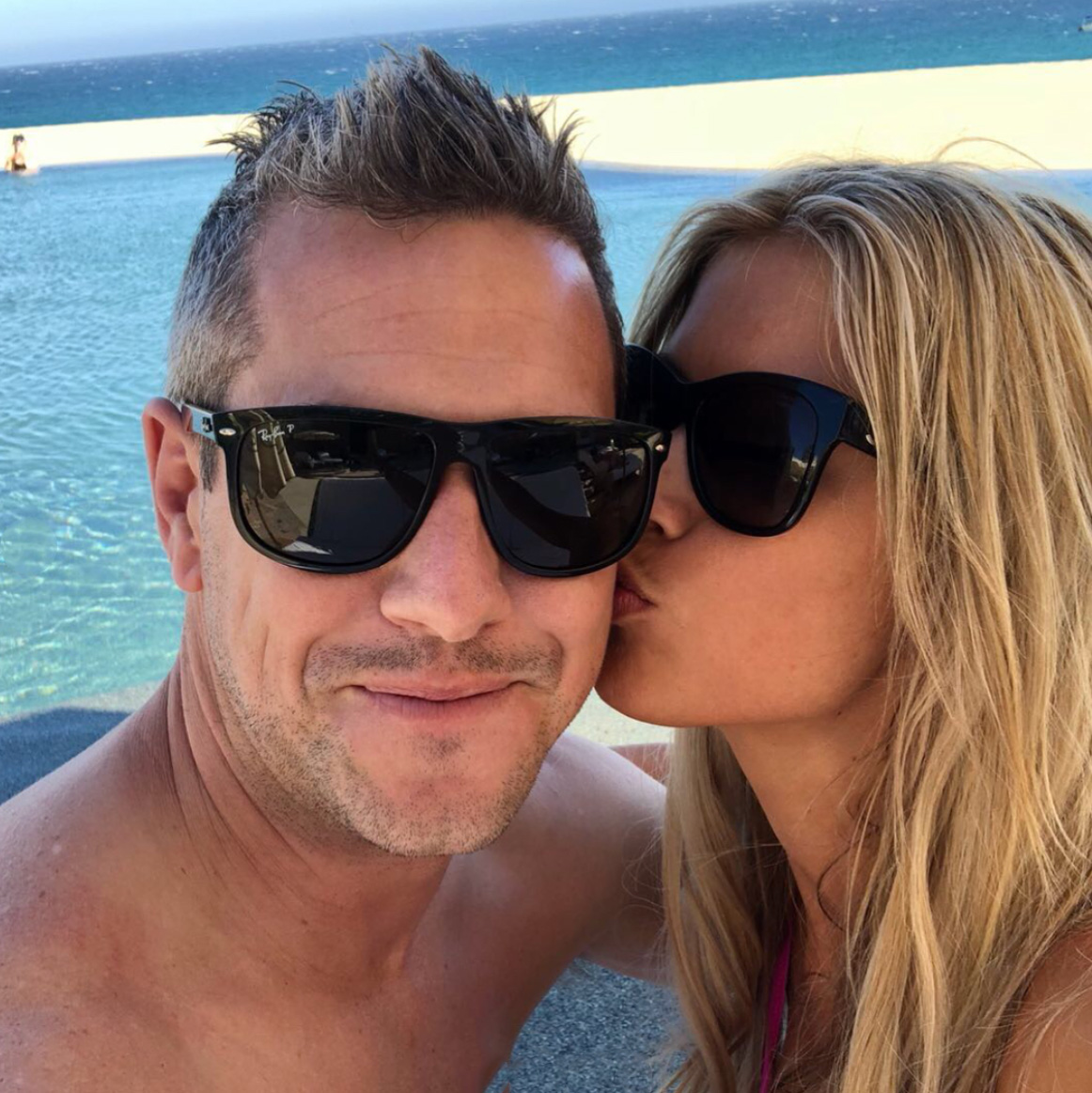 Christina El Moussa is loving everything about being married to husband Ant Anstead, including her new last name.

“Christina Anstead,” she says. “It has a nice ring to it, doesn’t it?”

Following her divorce in January from ex Tarek El Moussa, the Flip or Flop host, 35, kept her married name. But after her surprise wedding Saturday to the Wheelers Dealers host, 39, on Dec. 22, she’s going by Mrs. Anstead. “We couldn’t be any happier!”

The happy couple’s “I dos” came as a shock to everyone — including the couple’s guests. For the ceremony, they invited 70 of their closest friends and family members to meet at their home, where they were told a charter bus would then transport the group to the Newport Beach Christmas Boat Parade.

Instead, guests walked into a wedding. Under an altar in their front yard, the pair — who began dating a little over a year ago — exchanged vows with their children close by.

“We wanted to make it about the kids,” says Anstead. “It’s the six of us. We are a blended family so it was really important for them to be a part of it.” El Moussa, 35, shares daughter Taylor, 8, and son Brayden, 3, with ex Tarek and Anstead, 39 has daughter Amelie, 15, and son Archie, 12, from a previous marriage.

The newlyweds credit El Moussa’s publicist and longtime friend Cassie Zebisch for keeping the nuptials under the radar. “We literally owe this wedding to her,” says El Moussa. “She pulled it off. She met with the vendors, she set up the catering. I wanted a Maestros theme, like a nice steakhouse. She did it all!”

“It was just perfect for us,” says El Moussa. “Everything we wanted.”

For the full story on El Moussa’s secret wedding, pick up PEOPLE on Jan. 2.

The Cast of This Is Us Has the Sweetest Holiday Tradition