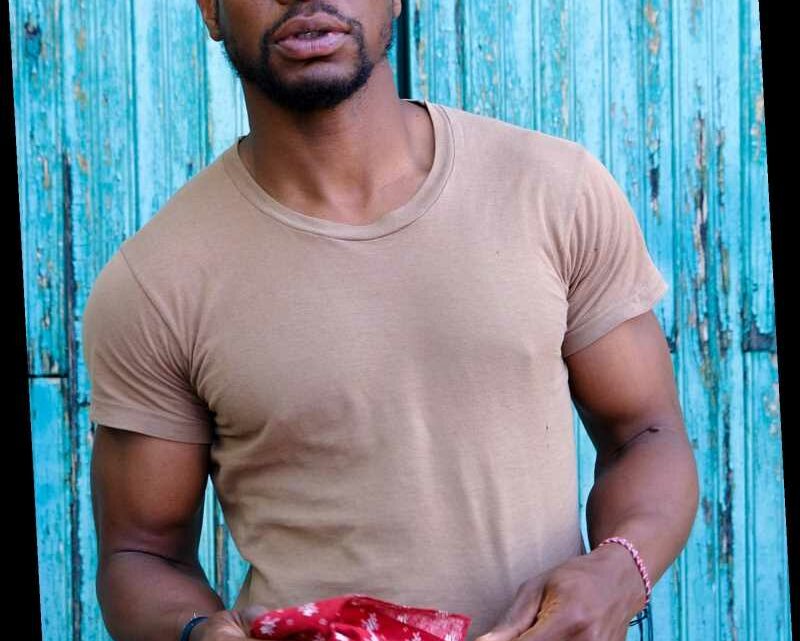 Actor Jonathan Majors, the star of HBO’s upcoming sci-fi drama Lovecraft Country (Sunday, August 16 on HBO) is one of those serious, award-nominated actors whose career is somehow still just heating up—but whose name is well on its way to becoming what one would call “household.”

The Texas-raised star, 30, first burst onto the scene a mere three years ago, when he starred as activist Ken Jones in the four-part ABC limited series When We Rise, which followed the gay rights movement in 1970s San Francisco. At the time he was cast, Majors was still getting his MFA from Yale School of Drama. Two years later, he costarred in 2019's  The Last Black Man in San Francisco, which was one of the most acclaimed independent movies of last year. (For which he was nominated for an Independent Spirit Award.)

Below, five more things to know about one of Hollywood’s hottest stars on the rise.

In the Netflix film, which came out in June, Majors took on the role of David, the son of Delroy Lindo’s character who travels with his dad and his Vietnam Veteran friends to search for treasure—and perhaps closure. It cemented a relationship with Lee, for which he’s grateful. “Since we shot the film, we’ve spoken once a week,” Majors says of Lee. “That’s privilege. To be selected by him—you feel chosen. You’ve been drafted into the Spike Lee army, and it’s the most honorable position you could be in as an actor. You know that if he’s chosen you, he trusts you. It’s really emboldening.”

“As a 6 ft black man, there’s no real reason for me to be afraid walking around. Biologically, you’d have a hard time dealing with me,” says Majors, who, like every Black American facing systemic and consistent racism, is completely fed up with it. “But I have an innate fear in me walking the streets. It’s not just about the police—it’s about what any white person [might do], because they have fear in them as well. Fear recognizes fear. But it’s life or death. You know who experiences that fear every day? Me. My friends. My brothers and sisters. It’s not playing fair.”

He grew up the son of a pastor

Majors grew up outside of Dallas with his sister and brother, the son of a Pastor mother. He was estranged from his father who left when he was young, though the two are now on speaking terms. The recent Black Lives Matter movement recently brought them back together. “I hadn’t spoken to him in about two years, but I spoke to him this morning briefly,” Majors told PEOPLE in June, of connecting with his dad about the protest movement following the death of George Floyd. (Majors was often at rallies, protesting himself.) “He said he saw the same protests in the 60s, then in the 90s with Rodney King, and now again,” Majors said, noting that it seemed to both of them like the same thing keeps happening throughout history. “It’s no longer about “changing,” or going through a process of change [when it comes to racism and police brutality.] It’s about stopping. It’s time to stop. Just stop.”

He has a seven-year old daughter

After attending a performing arts high school in Texas, Majors when to the University of North Caroline School of the Arts, and before he went on to the Yale School of Drama, he had a daughter—and he hopes every day that she gets the kind of education she deserves, and not just the standard “Black History” month students are currently taught each February. “I have a 7 year old who’s mixed race,” he told PEOPLE in June.  “She has to understand that it’s actually not ‘black history’—  it’s American history. The way it’s taught now, its honestly the Jim Crow system of separate but equal. We’ll give it one month, 12 pages in the history book…we’ll talk about Harriet Tubman, Rosa Park, MLK, then we’ll give you a little quiz about it. And that’s it.”

As an actor, Majors is in hot demand. He’s currently in Santa Fe, working on the The Harder They Fall, which is an all-black spaghetti western produced by Jay-Z,  but he’s also gaining major accolades for his current role in Lovecraft Country, the HBO horror series produced by Jordan Peele and JJ Abrams. (It also stars Jurnee Smollet, Michael Kenneth Williams, and Courtney B. Vance.) Majors plays a Korean War vet who drives across Jim Crow America, fighting off both monsters and monstrous racism in order to find his missing father. He recently told the New York Times of his character Atticus: “He and I are very similar. All I’ve ever been in my entire life is a Black man. Same thing can be said for Atticus. The racial trauma that he carries, it is almost like breathing. And the thing that makes him special or different is that he refuses to just get along with it.”

You Can Pick Up J. Lo's Favorite Skin-Care Brand For 40% Off At Nordstrom Right Now