Home » TV & Movies » First Look at 'Game of Thrones' Ice Spiders, Which May Appear in the Final Season 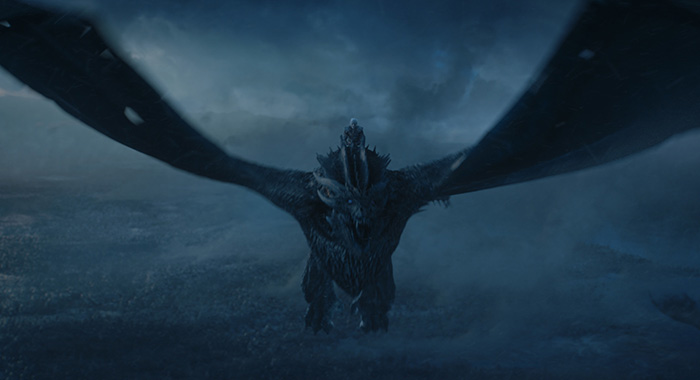 First Look at 'Game of Thrones' Ice Spiders, Which May Appear in the Final Season

In George R.R. Martin‘s A Song of Ice and Fire novels, he wrote a scene in which Bran Stark’s nanny, who’s nicknamed Old Nan, tells the little lord a story about The Long Night, a deadly period of Westerosi history in which a cold, hard winter fell that was “endless beyond all memory of man.” Old Nan explains that the terrifying White Walkers hunted with their “packs of pale white spiders big as hounds.” A slightly altered version of the scene appeared in season one of HBO’s Game of Thrones, laying the groundwork for those icy eight-legged creatures to appear in the show at some point.

Now, with the eighth and final season set to debut in April, Martin has released our first-ever look at the ice spiders from his fantasy series. Take a look below.

In a recent interview with The New York Times, Martin was asked if ice spiders would appear in the new Game of Thrones prequel series he’s working on for HBO, and he played coy:

“There might be! [Laughs.] I will say nothing about that. Maybe the ice spiders were just a legend!”

Now it seems that they’re not just a legend after all. It’s unclear if these ice spiders will actually show up in Game of Thrones season 8, but it’s something fans have been wondering about for years. It’d certainly be one hell of an image: picture the White Walkers leading an army of the undead, with officers riding on the backs of huge icy arachnids and a zombie dragon flying above them as they march south with conquest on the brain. A chill shot down my spine just thinking about it.

In fact, that’s such a cool visual that I wouldn’t be surprised if Martin specifically chose this image for the 2020 A Song of Ice and Fire calendar just so he could give fans this first look at an artists’ rendition instead of letting the show establish a canonical version first. After all, since he hasn’t been able to finish the remaining two books, the show has beaten him to the punch on several key moments in the series. It’s set to wrap up the story entirely in just a few months, and there’s not much else Martin has left to reveal (except for the ending of the books, and what a power move that would be!).

So will we see the White Walkers riding these bad boys across the icy plains of the north in the show’s final season? It’s possible! Will they show up in the prequel series? Also possible! Could this be nothing but a cool piece of artistic imagery – a glorified piece of concept art? Maybe! But if you hear the off-screen clicking of eight frosty legs in an upcoming episode of Game of Thrones, steel yourself for a reveal of some freaky-ass ice spiders. Here’s hoping Daenerys and company remember to bring bug spray.

Mum sells rearranged Quality Street tubs – so everyone gets their favourite