Home » TV & Movies » First Look: Anne Hathaway Opens Up About Her Character in The Witches: 'She is Such a Weirdo' 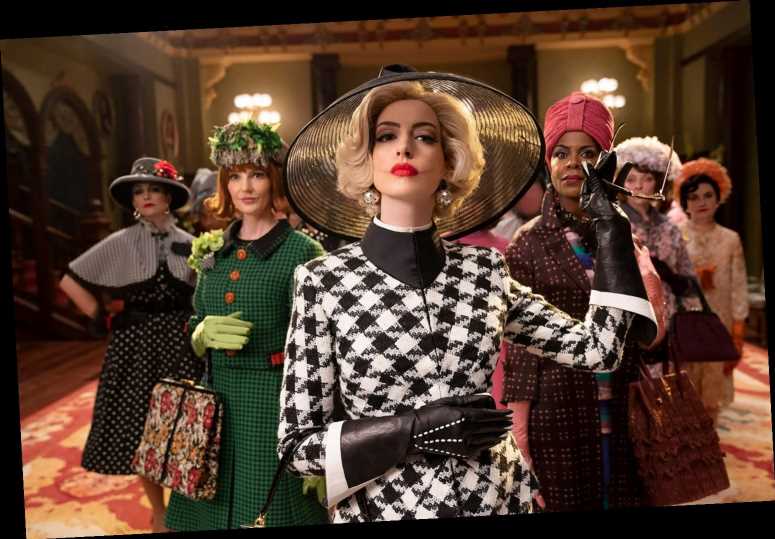 First Look: Anne Hathaway Opens Up About Her Character in The Witches: 'She is Such a Weirdo'

Not only did Anne Hathaway get to wear fabulous ensembles to play the Grand High Witch in her new film The Witches but she also got reunite with Stanley Tucci her co-star in the 2006 film The Devil Wears Prada.

"So much has changed in each of our lives. But he is still the same wry, funny, sweet person he was then," says Hathaway. "He was always getting me to laugh and break character on The Devil Wears Prada, so I felt really proud when I got him to giggle and break with my accent on The Witches."

The Witches, based on the Roald Dahl’s book about a young boy who stumbles upon a secret group of witches and, with the help of his loving grandmother, tries to stop their evil plan to turn all the world’s children into mice, will air on HBO Max on Oct. 22.

"The Grand High Witch was a total collaboration between costumes, hair and make-up, the writers, my dialect coach, the effects department, stunts, [director] Bob Zemeckis and myself," says Hathaway. "She is such a weirdo – so silly and over the top – and everyone had to work together to be on the same page so it felt big and entertaining but never too much."

RELATED: The Witches Are Coming Back! See the Cast of the 1990 Original Movie Then and Now Spencer says she had a blast making the film. "Grandma was such a fun character to play because of her personality, expansive knowledge of witches and her compassion. She's just the type of person you want on your side if you have to battle witches!"

Hathaway, who is the mother of two, says she will never forget the first scary movie she watched as a kid.

"I accidentally saw Poltergeist when I was really, really young," she says. "I’m still afraid of closets."