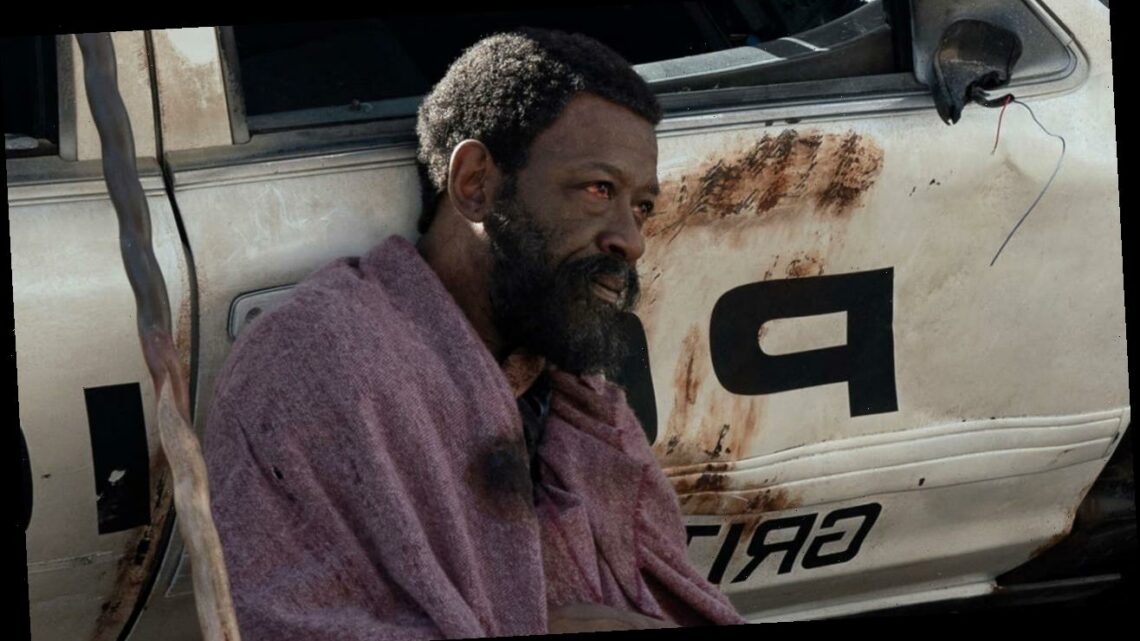 Fear The Walking Dead Season 6: What's Going On With Morgan?

The big concern coming out of the Season 5 finale of Fear the Walking Dead, for better or worse, was whether or not Morgan (Lennie James) has survived being shot and left to be chomped on by walkers. During the show’s San Diego Comic-Con panel, a new trailer hinted that something is very wrong with the character and he seemed to be, at the very least, on death’s door. So, is Morgan a walker now?

It sounds like that is not the case. During the show’s panel at New York Comic Con, co-showrunner Andrew Chambliss hinted about what Morgan’s condition could mean as the season progresses.

“Something’s definitely going on with Morgan and something that we haven’t quite seen before in The Walking Dead universe, and it is going to push Morgan to new places and make him really question everything he’s ever been about and kind of who he wants to be going forward,” he said. “If he gets to go forward.”

What’s more, James teased that when directing the second episode of the new season–which focuses heavily on Strand (Colman Domingo) and Alicia (Alycia Debnam-Carey)–he did so while wearing his costumes and extensive makeup for the character. That certainly points to the likelihood that he’s going to somehow survive, yet again. Sure, it’s entirely possible scenes from the first two episodes were filming simultaneously. That said, it’s hard to believe Morgan is going anywhere.

Instead, it sounds like the show will evolve the Morgan character in some way. Given that Fear the Walking Dead has completely morphed itself from originally focusing on the Clark family to becoming the continuing adventures of Morgan, anything is possible.

As for what else to expect from the new season, the producers revealed that a lot of the episodes will almost play like an anthology series, focussing on separate characters that were split apart at the end of Season 5. However, they will all be working toward a common plot development coming later in Season 6.

The sixth season of Fear the Walking Dead premieres Sunday, October 11, on AMC.

The War with Grandpa Tops Box Office with $3.6 Million — The Smallest No. 1 Debut Since 1988
World News