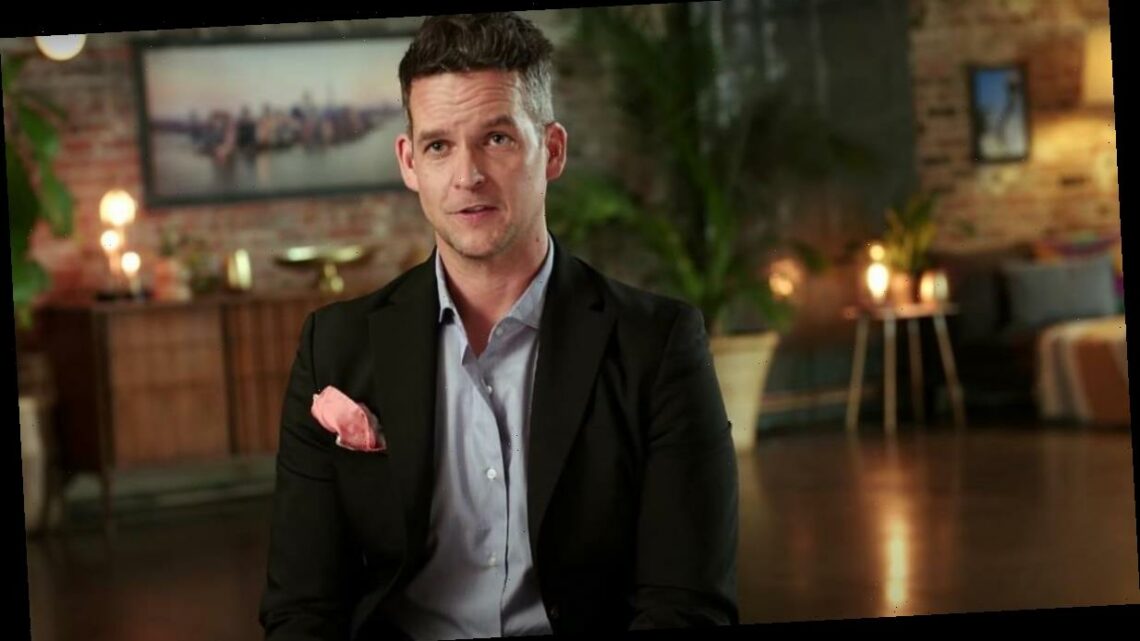 Tom uploaded a picture of him and the mystery woman on Instagram.

In the picture, Tom and the woman’s faces aren’t in the frame. Instead, the pictures show Tom’s torso as he wears a suit jacket and button down shirt.

The woman reaches her arm around him as she wears a light blue, long-sleeved top with bright pink, red and yellow roses on it. The only other part of the women that fans can see is her long brown hair.

Tom wrote a heartfelt message in the caption that is seemingly directed toward the woman he is posing with. 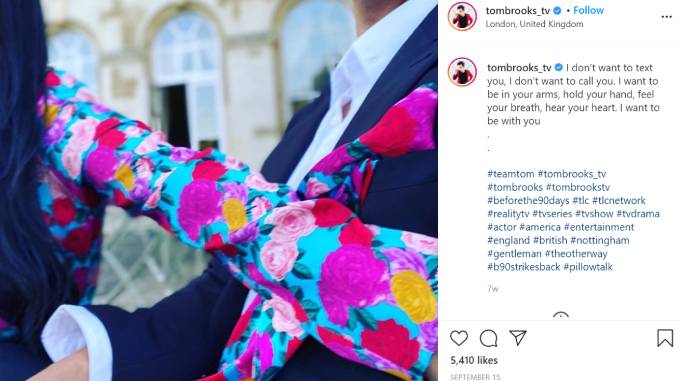 Fans guess who the mystery woman is

Even though the post was made almost two months ago, fans keep revisiting the post to guess who Tom’s mystery woman is.

Several fans suspect it is Shanti.

“Its Shanti yesssssssssszzz,” another exclaims.

Both Shanti and Tom have a history with the sister duo Darcey and Stacey Silva, so it’s certainly a plausible theory.

Other guesses include other 90 Day Fiance stars like Varya Malina and Erika Owens. Others suspect that it might be his ex, Roucelle, but he has refuted those rumors.

Another fan wonders if it is Brittany Banks.

“Now I have to know if you asked Brittany out,” the fan writes.

While he has shut down plenty of fans’ guesses, he has yet to dispute the claims that it is Shanti.

Shanti is a Belgian model who has been vocal about getting with Florian while he was dating Stacey.

Initially, Florian refuted the rumors and is still with Stacey.

Shanti threatened to share the secrets of what went on between her and Florian. She eventually uploaded a video in bed with Florian while wearing lingerie.

During an episode of Darcey & Stacey, he admitted that he did, in fact, kiss another woman.

This hasn’t managed to affect Florian and Stacey’s relationship too much. The two got married during the pandemic, and Florian moved in to live with her.

Who is conservative activist Bevelyn Beatty and WHY did she accuse Black Lives Matter members of attacking her?
World News