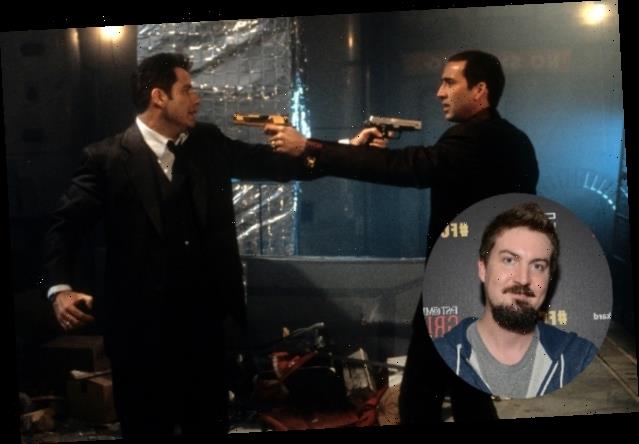 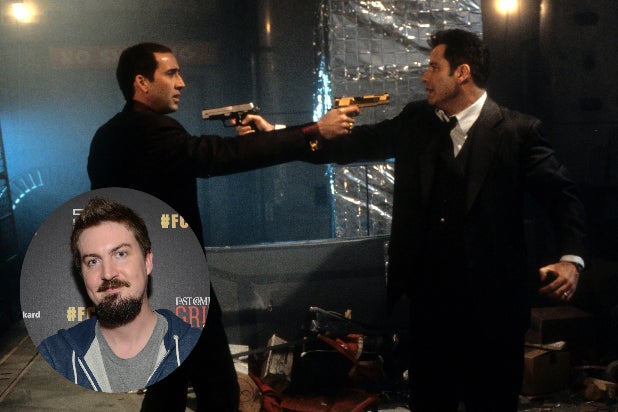 “Godzilla vs Kong” director Adam Wingard will direct a reboot of John Woo’s 1997 action hit “Face/Off,” according to an individual with knowledge of the project. The original film starred John Travolta and Nicolas Cage in a cat-and-mouse thriller that saw the two actors exchange roles.

Wingard will also write the script with his scripting partner Simon Barrett. Oren Uziel wrote the previous draft, but Wingard and Barrett will be scripting the reboot from scratch. Neal Moritz will produce the film, which Paramount will reboot with an entirely new cast.

“Face/Off” starred Travolta as Sean Archer, a federal agent bent on revenge after terrorist Castor Troy, played by Cage, killed his son. After another incident puts Troy in a coma, Archer agrees to a bizarre plan that involves using experimental surgery to give him Troy’s body, face and voice, and then going to a max security prison to convince Troy’s partners to reveal the location of a bomb.

But while Archer is in prison, Troy breaks out of his coma and forces the surgeons to give him Archer’s face, effectively leading the two men to switch places. Archer must now break out of prison and expose what Troy has done, as Troy takes over Archer’s personal and professional life.

Released to strong reviews, “Face/Off” was a success at the box office with $245 million grossed worldwide (or approximately $391 million in 2019 dollars). David Permut, who produced the original film, will return for the reboot as an executive producer.

Wingard’s next movie, “Godzilla vs Kong,” will be released simultaneously in theaters and on HBO Max on March 31.

Chrissy Teigen is Totally Confused in Her Hilarious TikTok Debut