Home » TV & Movies » Exclusive: Savannah Guthrie and Hoda Kotb open up about friendship on and off air and the joys of working together 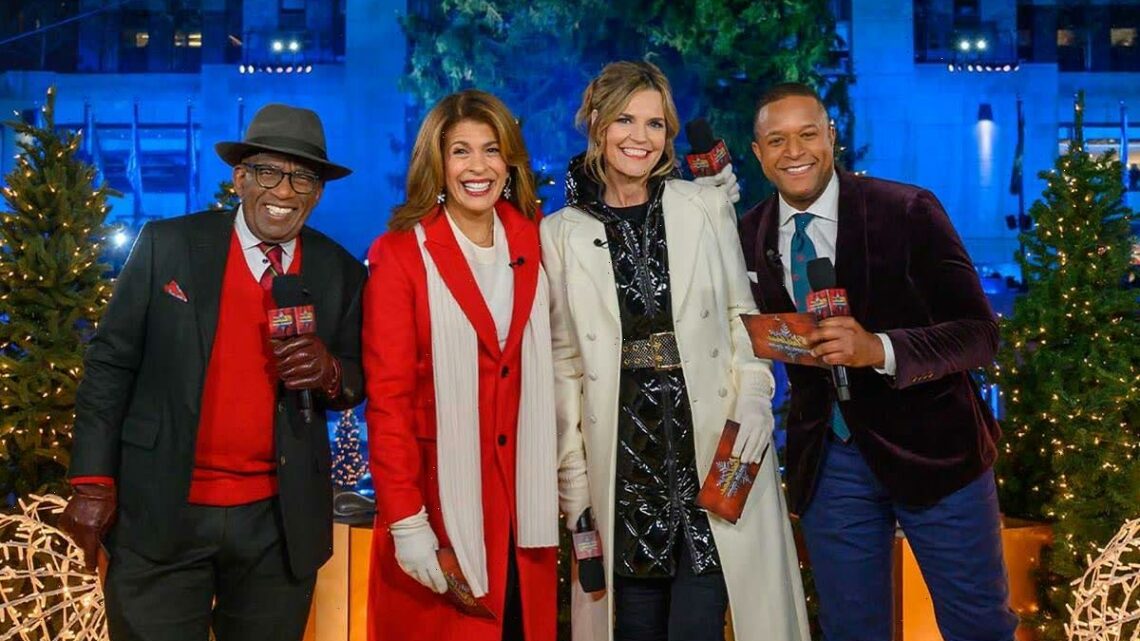 Exclusive: Savannah Guthrie and Hoda Kotb open up about friendship on and off air and the joys of working together

Hoda Kotb and Savannah Guthrie wake up Today viewers each weekday morning and are familiar faces welcomed into the homes of many around the United States.

The NBC hosts are as down-to-earth and fun as they appear on the show too, HELLO! can confirm, as we chatted exclusively to them about their friendship, working together and the exciting things we can expect from the show during the festive season. Hoda and Savannah have a busy time ahead, and later this week will be hosting the 96th Macy’s Thanksgiving Parade live as it happens on NBC.

Shortly afterwards, they will be hosting the special Rockefeller Center Christmas Tree Lighting on November 30, alongside Craig Melvin and Mario Lopez.

As a result, the pair are both feeling incredibly festive, and thankful for their careers and the opportunity to work with each other – a partnership that’s been going strong since 2017.

What can we expect to see at this year’s Macy’s Thanksgiving Parade?

Savannah: The Thanksgiving Parade is just iconic and it’s in its 96th year. And it’s just one of those moments – and there are fewer and fewer of them, where everyone stops and does the same thing at the same time. I think 15million people tune into the Thanksgiving Parade and it’s a way that we share a morning together. You’re getting your meal ready or waiting to greet your family and it’s on, and for us it’s just a total privilege that’s really so legendary and iconic.

Hoda: The crowds really make it. Seeing the parade on TV is really the best way to see it as you get every angle but when you’re there in person there’s a certain specialness that you can really only get if you’re there. “You watch the Broadway shows at Herald Square and you see the crowds… This is some people’s once in a lifetime trip… It’s really fun to see people who have waited for this moment lining the streets.

What are you most thankful for this year and how do you feel about working together on Today?

Savannah: We feel grateful every single day, I know we feel grateful for this partnership and getting to come and do a job that is literally fun and to get to do it with a good friend who you trust so much and to just hold hands and get to do this together every morning – I never get over that. I still can’t believe it came true. And of course I’m thankful for my family. Hoda and I talk about it all the time, we became moms later in life so for that reason we really do appreciate our little families that we’ve made and for me Thanksgiving is about creating those memories with them in the spirit of gratitude and feeling thankful.

MORE: Al Roker’s latest job will leave you in awe – and it’s for a good cause

Hoda: In life, I live by this mantra – ‘It gets greater, later,’ – and all the best things in my life have happened since I turned 50. I am working with Savannah which is a job that you can only dream of having. I have two children that were even so far out of my dreams so I’m thankful for the fact that magic still happens later in life. It really does get greater later. It gets better and I’m grateful for that.

You will also be hosting the Rockefeller Center Christmas Tree Lighting again – will your children be watching?

Savannah: While the Macy’s Thanksgiving Parade is great for the kids to watch as it starts at 9am, the tree lighting starts at 8pm and we both have kids that go to bed early because we go to bed early! So it’s lights out by 8pm!

What can we expect from this year’s show?

Savannah: It’s really fun because it’s about lighting the tree and it all builds up to this moment that’s literally electric when the tree lights up and the crowds go crazy. We have some amazing musical guests performing this year.

Hoda: Alicia Keys, Gwen Stefani and Blake Shelton, Jimmie Allen, we’ve got some A++ musicians who are going to be performing.

Savannah and Hoda have been great friends on and off air

Savannah: I like the moment they light the tree, it never gets old. I mean, you look up, they sing Joy to the World, it’s magical. Hoda: It really is. And people come for their once in a lifetime moment.

MORE: Savannah Guthrie reveals real reason she was absent from Today in new photo at home

I mean Christmas in New York City – no shade to any other city – but Christmas here is spectacular. You can’t get this feeling anywhere else. So when I see people who have made the trek to come here and get to see this tree lighting in person, it’s really something.

What Christmas traditions do you have with your Today co-stars – and will you be having a party?

Hoda: Willie Geist has a great party. Savannah: He has a crazy party, I think there’s a costume theme this year. We all get together and have a lunch, it’s fun. We have all these rhythms now, we’ve been working together for a long time doing this and we love being together and it’s easy. That’s the best thing about it, it’s effortless and easy and doesn’t even feel like work.