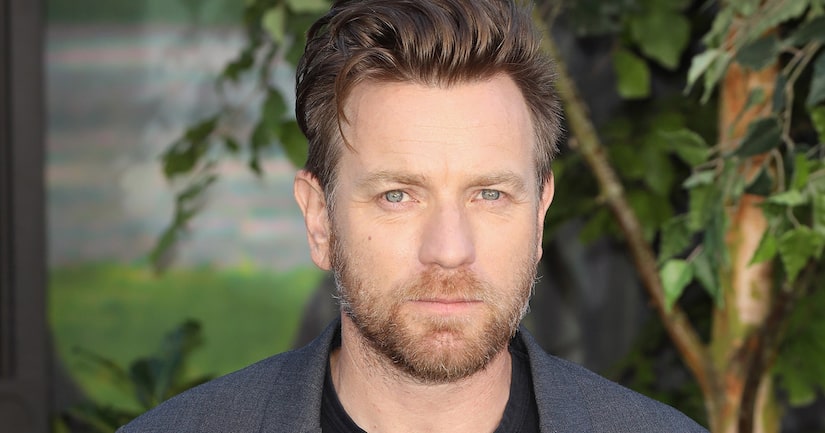 McGregor took over the role made famous by Sir Alec Guinness for George Lucas’ original prequel trilogy, starting in 1999 with “The Phantom Menace.”

What was once rumored to be a stand-alone movie, scrapped after the poor performance of "Solo: A Star Wars Story," Ewan McGregor is back in talks to reprise his classic role as Obi-Wan Kenobi in a Disney+ television series, per Deadline.

After first appearing as the iconic "Star Wars" Jedi Master in "Episode I: A Phantom Menace," McGregor went on to portray Kenobi in the subsequent two films and even returned — in voice only — for the start of the final Skywalker trilogy in 2015’s "The Force Awakens."

And we wouldn’t be surprised to see (or hear) him one more time in the upcoming conclusion to the saga, "The Rise of Skywalker" come December 20.

Though Sir Alec Guinness originated the role in George Lucas’ original film trilogy, McGregor made it his own in the 1999 to 2005 prequels films and it is his visage and voice approximation that has featured in a bevy of animated, video game and comic book material since then.

Plus, McGregor has said for the past 15 years he’d be thrilled to return to one of his biggest roles. Now 48 years old, McGregor is still more than a decade younger than Guinness was, at 63, when "Star Wars" first hit theaters in 1977.

That positions him perfectly to help begin to fill in the gaps of what happened to Kenobi in the time after his self-imposed exile in "Revenge of the Sith" and before he and Luke went on what would turn out to be his last adventure in "A New Hope."

A shift to Disney+ is not unprecedented for the "Star Wars" franchise, as the proposed Boba Fett film series followed a similar trajectory, with "The Mandalorians" set to help launch the new streaming service on November 12.

Other "Star Wars" projects set for Disney+ include a prequel series to "Rogue One" starring Diego Luna and Alan Tudyk as Cassian Andor and K-2S0, respectively, and the seventh season of the animated "Clone Wars" series.

Disney has invested heavily into its streaming service, with many of the top stars from the Marvel Cinematic Universe signing on to series for the platform, including Tom Hiddleston, Sebastian Stan, Anthony Mackie, Jeremy Renner, Elizabeth Olsen and Paul Bettany. And it looks like the studio is just as invested in top-tier talent for their expanding "Star Wars" universe.

After the lackluster box office performance of "Solo" — which was admittedly not a great film — it makes sense for Disney+ to be a bit more cautious with the franchise on the big screen. But that doesn’t mean there isn’t a continuing fan appetite for all things "Star Wars."

In particular, fans have been clamoring for live-action "Star Wars" television series since the inception of the original film, so this has been a long-time coming.

By the same token, ViacomCBS has found tremendous success with their own "Star Trek" franchise on the small screen even as its big screen efforts have faltered slightly. Landing McGregor is almost on par with CBS All Access scoring Patrick Stewart and other "Next Generation" cast-members for its own upcoming "Picard" series.

In this era of revivals and franchise building, it’s good to see two of Hollywood’s longest-standing franchises finding life by not only mining their respective pasts, but also forging ahead in bold and exciting new directions. With a proposed Obi-Wan Kenobi series, "Star Wars" looks to do a bit of both by tapping into an unknown era of "Star Wars" lore fans have been desperate to know more about for decades now.

Deadline predicts that McGregor will join executives on-stage at Disney’s D23 Expo later this month in Anaheim for a formal announcement of this series. With the launch of Disney+ so close it is expected to be a major part of the company’s presentation.

Ewan McGregor can next be seen as grown-up Danny Torrance in the sequel to Stephen King’s "The Shining" when "Doctor Sleep" hits theaters on November 8.