Home » TV & Movies » Everything you need to know about Rob Burrow 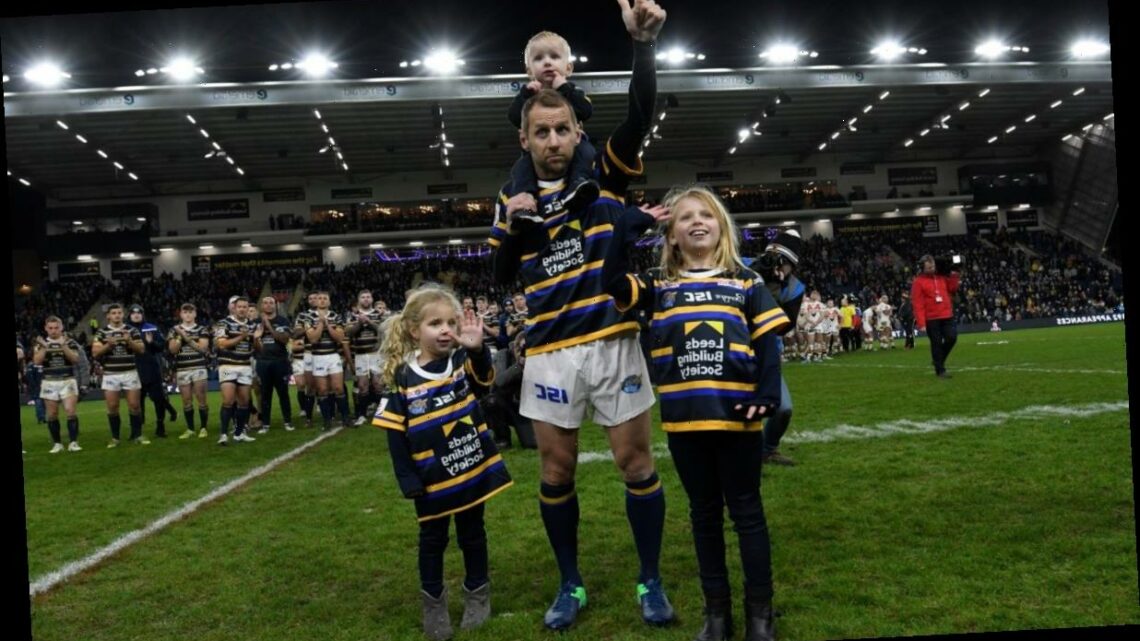 Everything you need to know about Rob Burrow

Rob Burrow was diagnosed with MND in 2019, and will be opening about the disease in his new documentary, Rob Burrow: My Year with MND on Monday night. Find out everything you need to know about the former rugby player here…

What is My Year with MD about?

The BBC documentary will see his family and friends, including Kevin Sinfield and Barrie McDermott, open up about Rob’s journey after being diagnosed with the disease. The athlete is raising aware into research for the condition, and has spoken about how he is determined to live his life with his wife Lindsey and their three children Macy, Maya and Jackson, as normally as possible.

Speaking about his diagnosis on BBC Breakfast, he said: “First it comes for your voice. Then it takes your legs. It tries to rob you of your breath. But it can’t sap your spirit.”

What is Motor Neurone Disease (MND)?

The NHS website described MND as: “an uncommon condition that affects the brain and nerves. It causes weakness that gets worse over time”. According to the site, it mainly affects people in their 60s and 70s, and is caused by cells in the brain and nerves called motor neurones which stop working over a period of time. There is currently no cure for the disease.

Rob with his three children

What are the first signs of Motor Neurone Disease?

According to the NHS, early symptoms include weakness in your ankle or leg, slurred speech or difficulty swallowing some foods, a weak grip, muscle cramps, weight loss and difficulty to stop laughing or crying. The site suggests going to see a GP if you think you may have early symptoms, or if a close relative has the disease or frontotemporal dementia.