Home » TV & Movies » 'Eurovision Song Contest: The Story of Fire Saga' Is Absolutely Bonkers, but in a Good Way

'Eurovision Song Contest: The Story of Fire Saga' Is Absolutely Bonkers, but in a Good Way

Lately, it feels like every movie has us thinking, “What the f*ck did I just watch?” In this series, we will break down exactly what happened in all those wild, mind-bendy, and just plain strange flicks…in a way that’s much easier to understand than the actual film.

THERE ARE SOME LIGHT SPOILERS AHEAD FOR EUROVISION SONG CONTEST.

I don’t know whose idea it was to put Will Ferrell and Rachel McAdams in a movie together where they play Icelandic musicians and lovers, but whoever thought of it, I applaud you. Eurovision Song Contest: The Story of Fire Saga tells the story of Lars and Sigrit as they try to win one of the biggest music contests in all of Europe. It’s maybe the weirdest movie I’ve seen in a while, but I’d be lying if I told you I didn’t laugh at least a few times throughout.

There are some things about this movie that definitely didn’t work for me. First, it’s long. Like, two hours long, and after the first hour I was pretty much ready to call it a day. So there will be scenes that make you pause the movie and say, “How much of this do we have left?” It feels like they could have cut at least a few scenes in favor of tightening up the plot. And I’d say that there are funny moments, but I wasn’t busting a gut laughing the whole time. It feels different than previous Will Ferrell movies in that way.

But! There are some good parts to this movie, too. Here are, in my humble opinion, the parts of Eurovision Song Contest that truly make it worth watching.

I mean, I don’t know if she’s wearing extensions or if her hair is just like that naturally, but it’s absolutely perfect. Like, look at this picture. That volume? That wave? That level of thickness? We are not worthy. 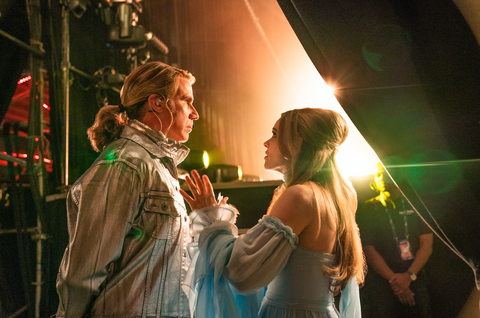 Hubba, hubba. The man ages like a fine wine! 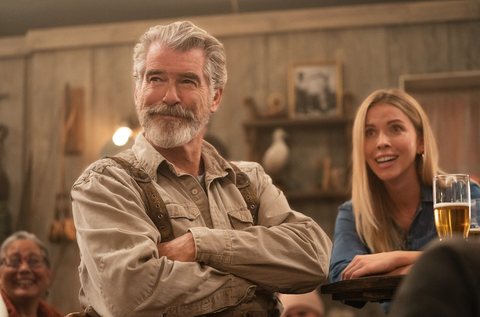 Iceland is very pretty. They filmed part of this movie there, naturally. So there are lots of shots of a quaint village that looks like this:

Her character does die in a tragic boat explosion, but for the few scenes she’s there, she’s great. 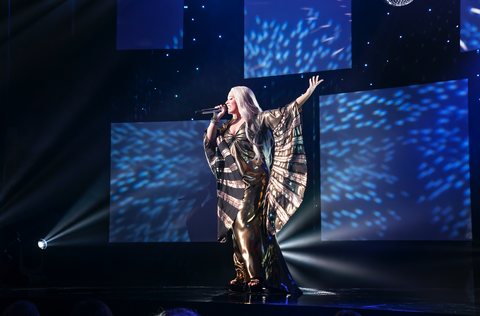 The jokes about America.

There’s nothing quite like Will Ferrell, in character, telling a group of American tourists to, “Go home and build your wall, you shit-for-brains Americans.”