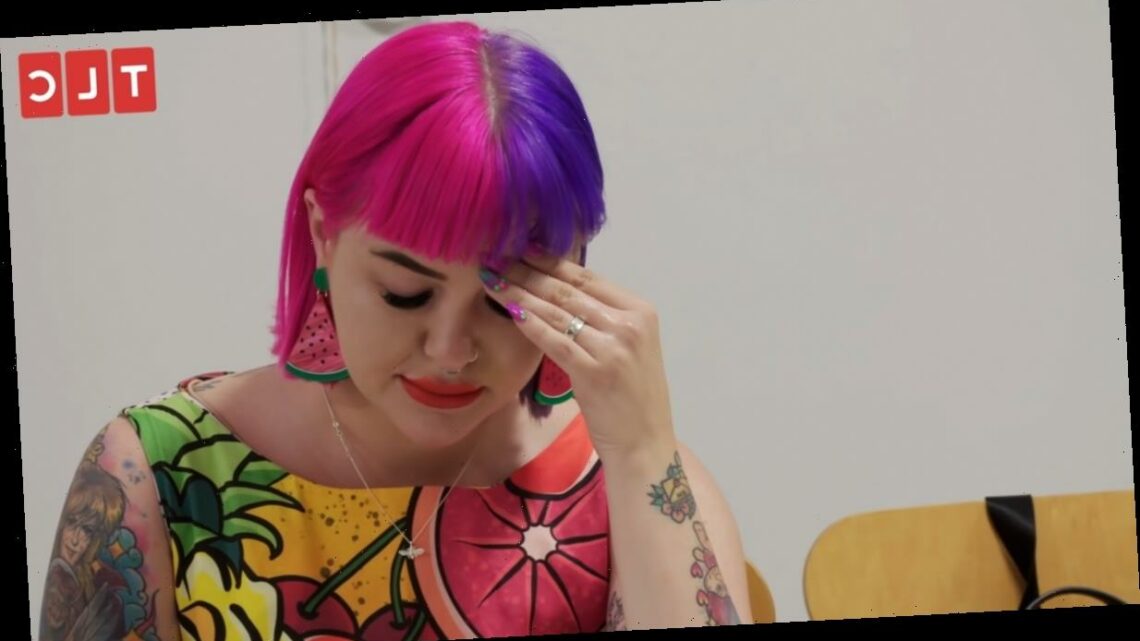 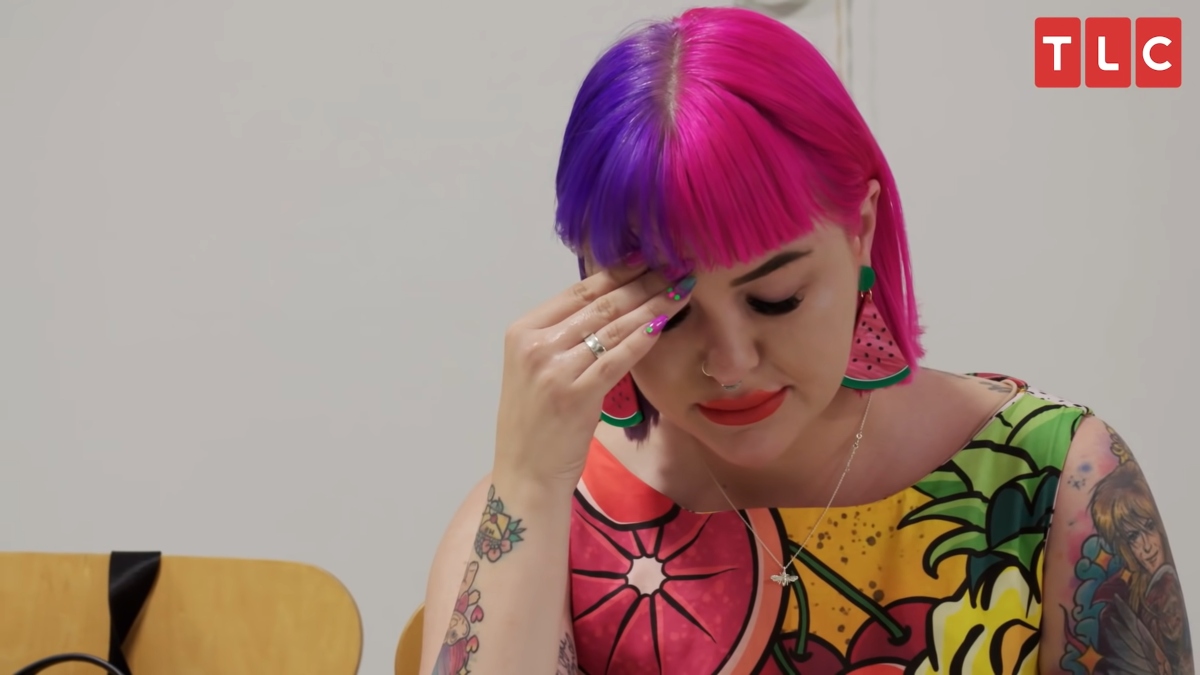 Being in the spotlight is never easy, and the cast members of 90 Day Fiance know that all too well. 90 Day Fiance: Before the 90 Days star Erika Owens learned of the pitfalls of fame the hard way- her social media has been bombarded with comments since her season of the show aired.

While some of the comments are kind and supportive, trolls have been relentless in sending threatening messages to the 24-year-old.

Erika took her frustration to her Instagram stories where she shared surprise in just how cruel people could be. She acknowledged that she was aware that being on a television show would change her life, but she wasn’t prepared for the hate comments she’s been receiving. 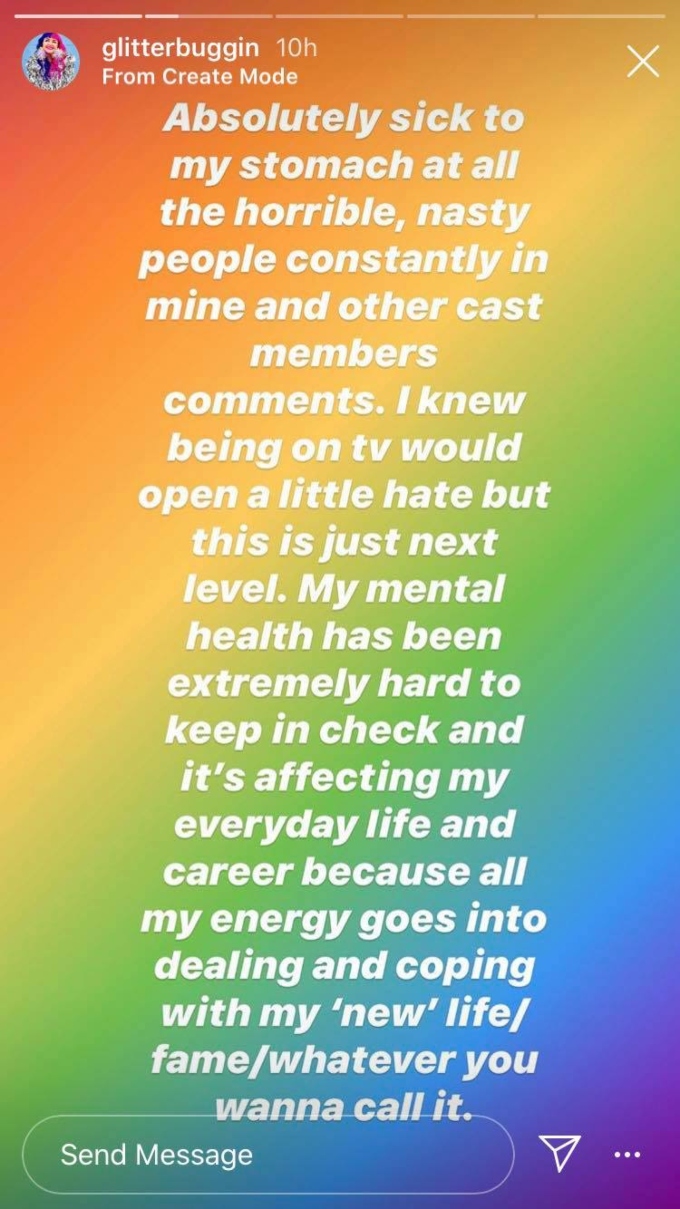 The hateful comments also directly affected Erika’s mental health. She shared that she’s finding it hard to deal with. “It’s affecting my everyday life and career because all my energy goes into dealing and coping with my ‘new’ life/fame/whatever you wanna call it,” she wrote.

Erika’s ex-girlfriend convinced her to go on the show

Also in the posts, Erika seems to hint that being on the show wasn’t her idea but instead was that of her ex-girlfriend, Stephanie Matto.

“I could have never in a million years known what would come from being on tv when my ex convinced me it’d be sunshine and rainbows.” 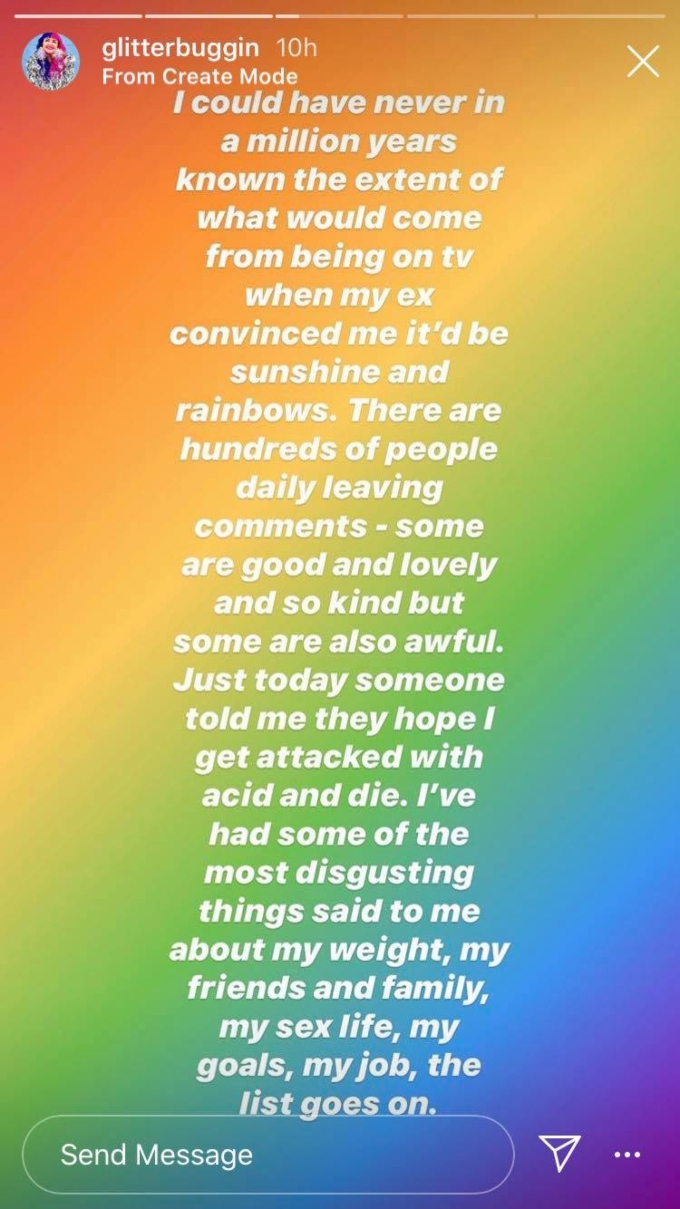 During season 4, Erika and Stephanie faced their fair share of obstacles. Both identify as bisexual and neither of them had come out to their families when the season began.

Stephanie traveled from New York to Australia to meet the rainbow-haired beauty for the first time after connecting through Stephanie’s YouTube channel. Both Erika and Stephanie were hopeful that the trip would tell them if their love would last.

It became clear quite early on, however, that the chemistry the pair had online didn’t quite translate into real life. Stephanie was much more conservative than Erika was expecting, and Erika had a tough time coping with Stephanie’s lack of affection.

Another hurdle the couple faced was Stephanie’s jealousy around Erika’s friends. When it came to light that Erika had kissed or dated some of her friends, Stephanie was unable to accept it and the pair fought endlessly about it. The couple called it quits before the end of Stephanie’s trip.

The season wasn’t all bad though, as Erika made the brave decision to finally come out to her parents, who received the news well and showed full support to their daughter.

Some of the hate messages Erika received included threats

The Instagram message also indicates that trolls hate on Erika for various reasons. “I’ve had some of the most disgusting things said to me about my weight, my friends and family, my sex life, my goals, my job…” she shared.

But possibly the worst of all, Erika shares that she’s been sent messages that wish her harm. “Just today someone told me they hope I get attacked with acid and die.”

While she’s doing her best to lean on her support system, Erika made it clear that this sort of hate shouldn’t be allowed. “Some people say that I put myself on tv so I should just take it – but in my mind it’d be much nicer if people just didn’t send hate,” she says. 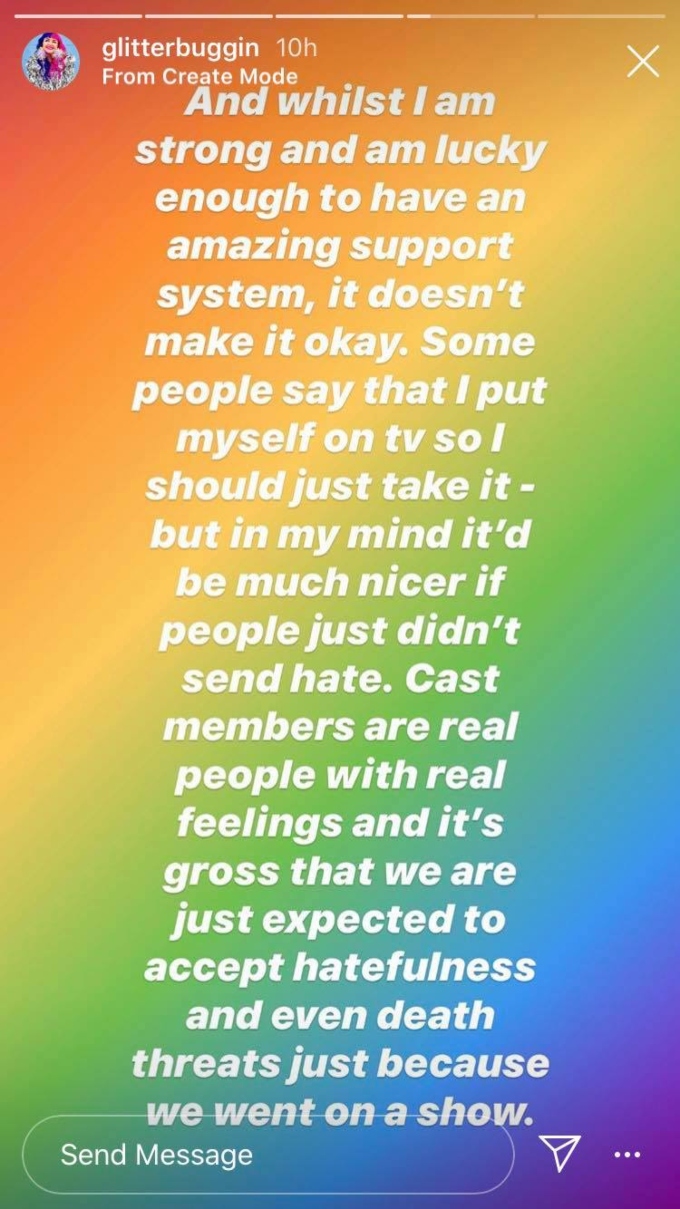 Erika hopes people will learn to be more compassionate

She wrote, “Cast members are real people with real feelings and it’s gross that we are just expected to accept hatefulness and even death threats just because we went on a show.”

She then ended the posts with a reminder that online bullying is still a form of bullying and people should be more tolerant. She asked, “Because I’m on tv it makes it okay? No. Be kind. We are human.”