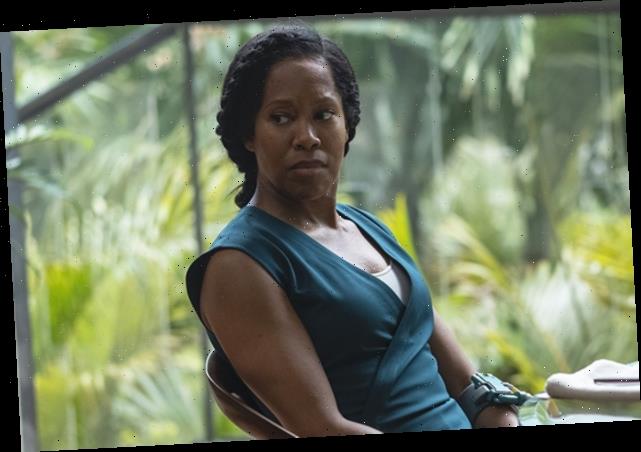 It was a great night for Sister Night: Watchmen star Regina King won the Emmy for Outstanding Lead Actress in a Limited Series or Movie for her role in the HBO comic book adaptation at Sunday’s virtual ceremony.

King accepted the Emmy from her home, wearing a pink blazer over a T-shirt bearing the face of Breonna Taylor with the words “Say Her Name.” She thanked Watchmen executive producer Damon Lindelof and his “brilliant mind” along with the entire writing team, and added: “Gotta vote. I would be remiss not to mention that being a part of a show as prescient as Watchmen.” She ended her speech by paying tribute to the late Supreme Court justice Ruth Bader Ginsburg: “Be a good human. Rest in power, RBG.”

King won for her role as Angela Abar, aka masked detective Sister Night, beating out fellow nominees Cate Blanchett (as Mrs. America‘s Phyllis Schlafly), Kerry Washington (as Little Fires Everywhere‘s Mia Warren), Octavia Spencer (as Self Made‘s Madam C.J. Walker) and Shira Haas (as Unorthodox‘s Esther Shapiro). Watchmen has hauled in a total of eight Emmys so far out of 26 nominations, including awards for best cinematography, editing and costumes. (Those awards were handed out earlier this week at the Creative Arts Emmys.)

This marks the fourth Emmy win overall for King, who won in this category in 2018 for her lead role in Netflix’s Seven Seconds and took home a pair of trophies for her work on ABC’s American Crime. King is an Oscar winner as well, with a win last year for Best Supporting Actress for her role in If Beale Street Could Talk.