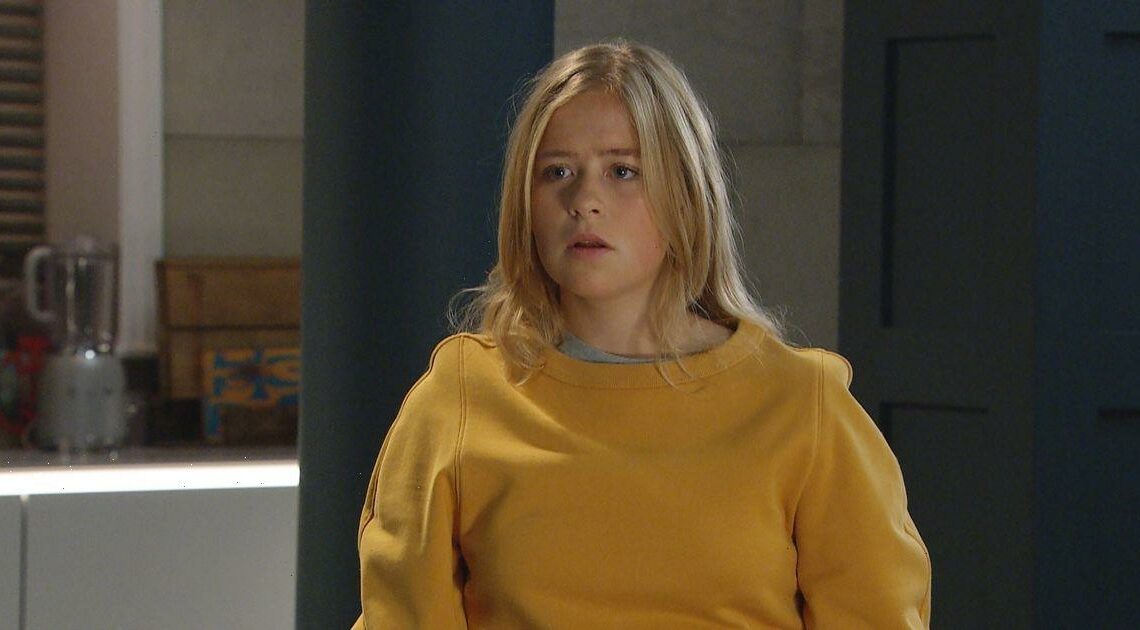 Emmerdale's Liv Flaherty could be sent into another alcoholic spiral with the arrival of her mother Sandra, actress Joanne Mitchell has hinted.

Joanne has played Sandra on and off since 2016, and she's finally back in the ITV Dales to cause even more trouble for her daughter and her new husband Vinny.

Next week, Sandra admits to Liv that she owes £4,000 to a man named Terry, and pleads her case to the newlyweds – adamant that Terry has been taking advantage of her. But there's a pervading sense that Sandra is lying about something, and Liv is doubting she can trust her.

But with a menacing Terry on the scene, Liv finally offers to pay back the money herself, leaving Terry smug and Sandra relieved.

Before long, Liv has wrangled Sandra a job at the salon with Mandy and Bernice, while the wayward mother moves in with Liv and Vinny to sort out her problems.

With her up to no good and determined to get the cash from Liv, could things go sour again for the youngster after her prison stint?

Speaking to Daily Star and other press, actress Joanne said: "I think it will be really hard for Liv, because she’s a recovering alcoholic at the end of the day.

"She’s pretty stable, but it could go either way for her – she loves her mum, I think she’s a very sensitive person. I don’t know if she does [start drinking again] but my gut instinct is that it’s definitely not a good influence."

But does Sandra love her daughter at all? Joanne thinks so.

"Sandra is really damaged and life has dealt her some really bad blows. I think she’s very much on her own and out for herself. Maybe there’s a little bit of resentment towards Liv as well, because of what happened in the past – that she chose Chas and Aaron over her to stay with.

"Which in a way, I wouldn’t blame her. Underneath her armour, she has a chink. And once that's found, other things could come out. The real Sandra might even have a motherly instinct. But at the moment she has one intention and that is to get the cash."

Just how easy will it be for Sandra to exploit Liv? Joanne explained: "She’s got wind that Liv is now happily married to a nice chap, she’s living in a nice flat and she’s kicked the booze. She’s got to have a pretty good strategy – it won’t be that easy!"

40 U.S. cities that could be poised for a housing crisis

Pau Torres next club odds: Tottenham the new favourites for Spain centre back ahead of Man Utd, Chelsea and Man City | The Sun
World News