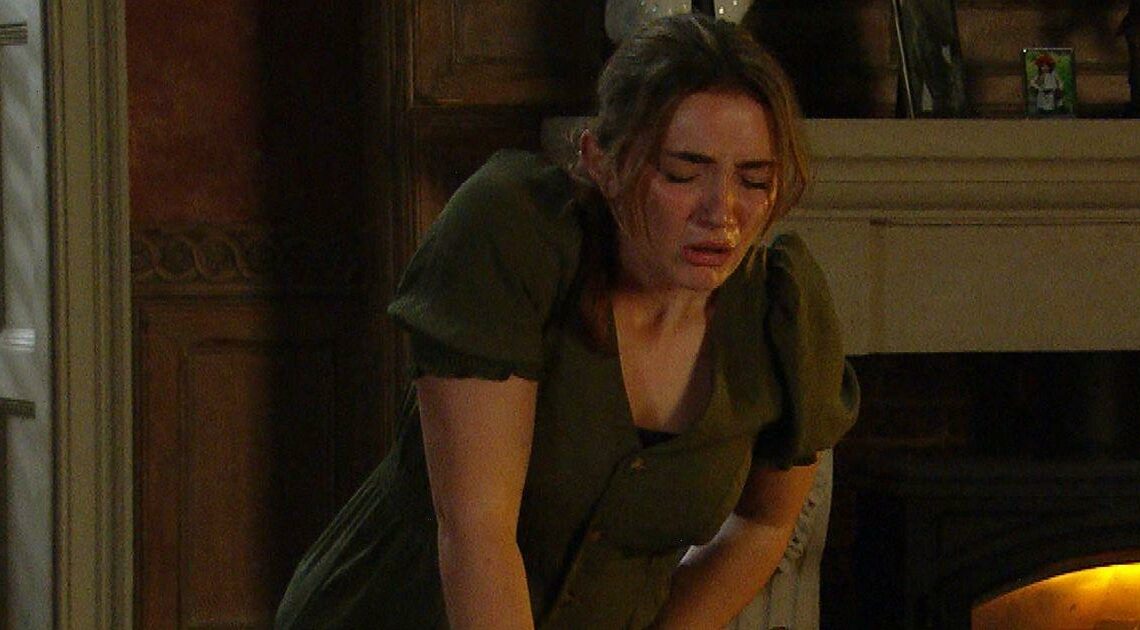 Emmerdale's Gabby Thomas is set for a worrying time when she goes into labour alone – and in the middle of a power cut.

Fans have been waiting to see the popular character give birth to Jamie Tate's child, and it seems the dramatic pregnancy will be chaotic until the end.

New Emmerdale spoilers have revealed that Gabby (Rosie Bentham) is hoping to make a quiet exit from the village with her grandmother Diane Sugden (Elizabeth Estensen).

As the week begins, Eric Pollard (Chris Chittell) offers to buy Diane out of the B&B and it's clear that they're going to miss each other more than they're willing to admit.

Diane later heads to the Woolpack to share some memories with Chas Dingle (Lucy Pargeter) and Bernice Blackstock (Samantha Giles).

Chas convinces her to have a goodbye party – but it could really throw off Gabby's plans to leave in the middle of the night.

Elsewhere, Gabby invites herself over to Laurel's (Charlotte Bellamy) for a family dinner, with her aim being to say goodbye to her loved ones.

After lunch, she's overwhelmed with emotion, understanding what she's about to leave behind.

Gabby heads to Home Farm and finally snaps back at irrational Kim Tate (Claire King), telling her that she won't be part of the baby's life.

Soon, Gabby tells Diane that they need to leave sooner rather than later, but could Diane's own plans be cut short?

Later, Gabby tries to pack in secret but starts suffering pain in her stomach.

She tries to carry her suitcase out of Home Farm but collapses to the floor and starts going into labour.

It's not looking good though, as she's completely alone with nobody around, no power on her phone and the electricity out in the house because of an outage.

Meanwhile, Diane shares a moment with daughter Bernice as they prepare to pick Gabby up and leave the village.

Of course, they have no idea that their girl is going through a major struggle as she fights intense labour pains.

Will Gabby and the baby be alright? And will she make it out of the village with Diane?

Emmerdale airs weekdays at 7pm, with an extra episode at 8pm on Thursdays, on ITV