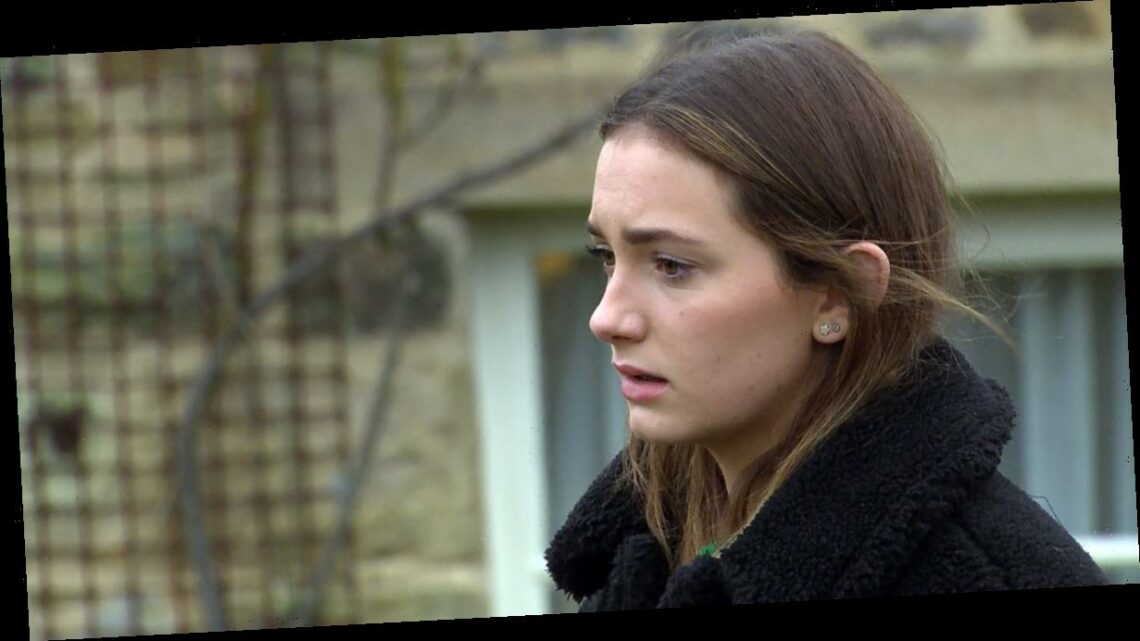 In one of the biggest stories to hit the Yorkshire dales this springtime, Gabby Thomas has fallen pregnant with Jamie Tate's baby.

The Emmerdale teen, played by Rosie Bentham, enjoyed a night of passion with Kim Tate's son, only for him to cruelly push her to the side the following morning.

However, Gabby is now unexpectedly with child – and has a decision on her hands as to whether she will keep it.

Ahead of the unfurling of the dramatic plotline, actress Rosie, 19, discussed the internal battle Gabby faces in going through with the pregnancy.

Speaking to Daily Star and assorted press, she said: "She battles with it, it goes up and down."

When Gabby receives a positive response from Emmerdale matriarch Kim Tate (Claire King), she decides to have the baby, securing her position in the Tate dynasty.

Rosie went on: "She's just so enticed by Kim and all of her support. I mean she buys her all these presents for the baby.

"So then Gabby comes out and is just like, 'great, I'm keeping it then'."

However, when Gabby breaks the news to her family – and shares the identity of the baby's father – an almighty "showdown" is on the cards.

Gabby's motivation to go through with the pregnancy stems from her own childhood, raised by absentee mother Bernice Blackstock.

Bernice struggled with motherhood and left the village when Gabby was just a few months old, leaving her dad Ashley Thomas (John Middleton) to raise her.

They reconciled a decade later, but Gabby started drinking and lashing out to deal with her abandonment issues, growing up a troubled teen.

Compounding their complicated relationship, Bernice, played by Samantha Giles, left Emmerdale in 2019 to move to Australia, leaving her daughter behind.

Rosie suggested Gabby might want to prove her mother wrong in raising her own child, saying: "It goes up and down.

"But then also she's had this upbringing from her mum which wasn't the best upbringing and she's like, 'well, maybe I could prove that I'm going to be a better mum than my mum.'

"Because she didn't have a very good job and just neglected her child. So I think that's probably why."

Leaving the outcome open, Rosie later added: "If she does carry on with this pregnancy, who's to say it’s going to be smooth sailing. There are so many things that could be thrown at Gabby."

While Kim is delighted to think her protégé Gabby is expecting a Tate baby, her son Jamie (Alexander Lincoln) doesn't take the news too well.

The volatile vet, who was recently embroiled in a messy divorce from Andrea Tate, reacts badly to the news, much to Gabby's disappointment.

"She [Gabby] knows its not going to be a good reaction," Rosie remarked.

"He's rejected her many times, been very clear about it being a one night stand. She's hoping it's not going to be a bad reaction, but it is a bad reaction.

"But then she's got the support of Kim and that's what matters to her."

With Gabby fully initiated into the Tate empire, could it be the dawn of a new era in Emmerdale?

Emmerdale airs on weekdays at 7pm on ITV, with an extra helping on Thursdays at 8pm.

‘Why is he saying that?!’ Keir Starmer savaged over South Africa strain risk claims
World News