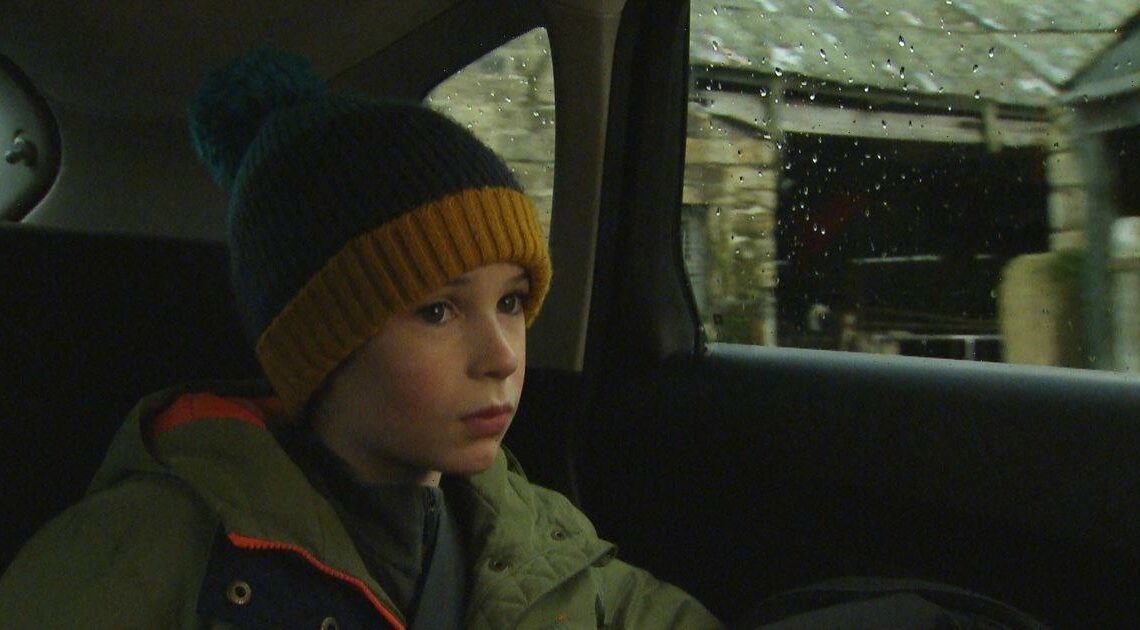 Cain Dingle is set for a shocking return in Emmerdale, after his son Kyle confesses to Al Chapman's murder and is taken away.

The heartbreaking scenes are due to air tonight (January 12), with Cain's wife Moira (Natalie J Robb) left in tears as Kyle (Huey Quinn) is placed into an authority children's home.

Kyle says an emotional goodbye to Moira and mum Amy (Natalie Ann Jamieson), before social workers take him away following his confession to Al's murder.

Moira was devastated to learn that Kyle was being taken to an authority children's home in last night's episode (January 11), and was left breaking the news to husband Cain (Jeff Hordley) in prison.

Cain is currently behind bars after lying about carrying out Al's murder to protect Kyle, but when he learnt that Kyle was being taken away, he blamed Moira for letting the truth be exposed.

With Kyle taken away, Cain is subsequently let free – but how will he react when he sees Moira? And what does this mean for their relationship?

And what does the future hold for youngster Kyle as the truth about Al's murder has finally been exposed?

Cain's long lost brother Caleb had recently discovered that Kyle was Al's murderer, after overhearing PC Swirling talking to Moira and Amy about the youngster's confession.

Caleb was left reeling by the truth of Al's murder, with the newcomer telling Moira and Amy, before explaining that he was going to find a lawyer and ask Kyle to confess in order to let Cain come home.

He could be heard saying: "If you keep forcing him to live a lie, you're going to damage him even more. If you really love Kyle, you'll let him tell the truth. You think about it."

However when Moira put the proposition to Cain, her husband disagreed, saying: "You can't trust him. He's got unfinished business with the past."

With Cain released and tension between him and Moira rising, it looks like the story could take further twists and turns as the storyline about Al's murder looks far from over.