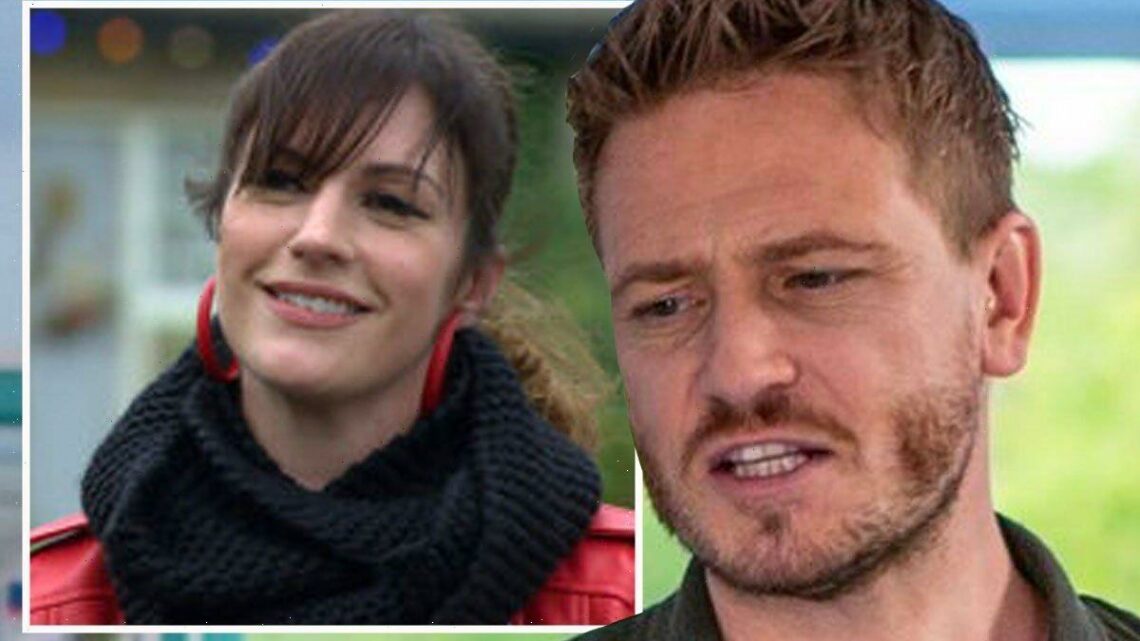 Emmerdale theory: Kerry Wyatt to buy David Metcalfe’s shop as he loses everything

Emmerdale: Kerry Wyatt helps Daz Spencer to get a makeover

Kerry (played by Laura Norton) has been busy trying to support Chloe Harris (Jessica Elland) through her recent stalking experience at the hands of Noah Dingle (Jack Downham) recently on Emmerdale. At the same time, David Metcalfe (Matthew Wolfenden) is trying to keep his business afloat, despite all the money troubles he’s facing at the moment. However, when the two characters finally come face to face in Monday night’s episode of the ITV soap, it seems Kerry might just be the person David should be most worried about.

The drama begins in the opening episode of the week after Eric Pollard (Chris Chittell) recently told his son David he would have to sell the village shop.

Having had a look at the figures and seeing no way out of the predicament, the soap stalwart told the shopkeeper he could come and work for him at the B&B.

Stubborn, David reused to see this as his only option out and he will look at alternative ways to save his business from sinking.

One of these ways includes sacking Kerry, who was accidentally brought on as a staff member when she returned to the village last year.

Baffled by this announcement, it seems the beloved villager will want answers as to why she’s being laid off so suddenly.

David will make a botched job at trying to explain himself and it seems Kerry won’t be too happy with what she hears.

In the coming days and weeks, it is likely the village will learn David is struggling with his finances and as a result, he is going to have to sell the shop.

At this point, he will have lost everything and he will be devastated to lose the one thing he managed to build from the ground up.

It will become the talk of the village as to who could take on the deeds to the shop and it could be a surprise to everyone if Kerry gets her hands on it.

The beloved villager has never been plush when it comes to money as she has had to carry out a few schemes in her time.

Didn’t want any part of it

However, she now has Al Chapman (Michael Wildman) as a boyfriend and he often has his hand in his pocket to live a life of luxury.

Again, he has gone by unconventional means to make his money but nonetheless, he has a hefty amount sitting in his bank account.

After discussing the benefits of owning the shop, the couple could decide they are going to invest into the business.

Although David would be down in the dumps about it all, Kerry would revel in the fact she can take revenge by buying the shop.

Could she even become his boss if she decides she is going to keep him on as an employee as he knows the shop so well?

This would be the last thing David would want to do but he would know he would have no other choice because he has such little money in the bank.

Trying to build a family with Victoria Sugden (Isabel Hodgins) and knowing marriage is on the cards for them in the future, he would need to save more money.

Will he take on Kerry’s request and ensure the shop manages to tick over?

Al could be pleasantly surprised with investing in another iconic piece of village property, having tried to get his hands on the Woolpack last year.

Ultimately, this failed when he blew up the pub but this could be the beginning of his second attempt at building an empire in the Dales.

However, if Kerry were to take on the business as her own, she could attract the attention of Chloe’s father, who has been gunning for her since she took his daughter away from him.

Speaking about her character’s relationship with the mystery man, the actress who plays Kerry, Laura, said it is toxic.

“Kerry was made aware [of his business dealings] because he trusted her being in the house. She was a cleaner at the house but I think she was given other responsibilities. She’s obviously got very close with his daughter.

“But has she been privy to conversations where she knows exactly what he’s been involved in and even for Kerry it’s incredibly dark and something that she didn’t want any part of.”

Will he come looking for her now he knows she has money?

Taking to Twitter, viewers have been reacting to the latest storyline involving David and the hardships he is facing.

Kirsty wrote: “I have a feeling history is going to repeat itself with this David keeping silent about being broke and planning on getting married to Victoria. Didn’t this happen already the other around with David and Leyla?”

Soap Queen shared on the social media platform: “#emmerdale Why does David employee half the village when he is skint?”

ArtStuvsSeaton added: “How has that shop of David’s ever made any money in a village that size? #Emmerdale.”

Chris commented: “#Emmerdale David will never make that shop work with some of the s**t he sells. £2.50 for a small tin of biccies and other luxury s**t in a tiny village.”

Married man, 40, told paedophile hunters he was 'probably on coke'