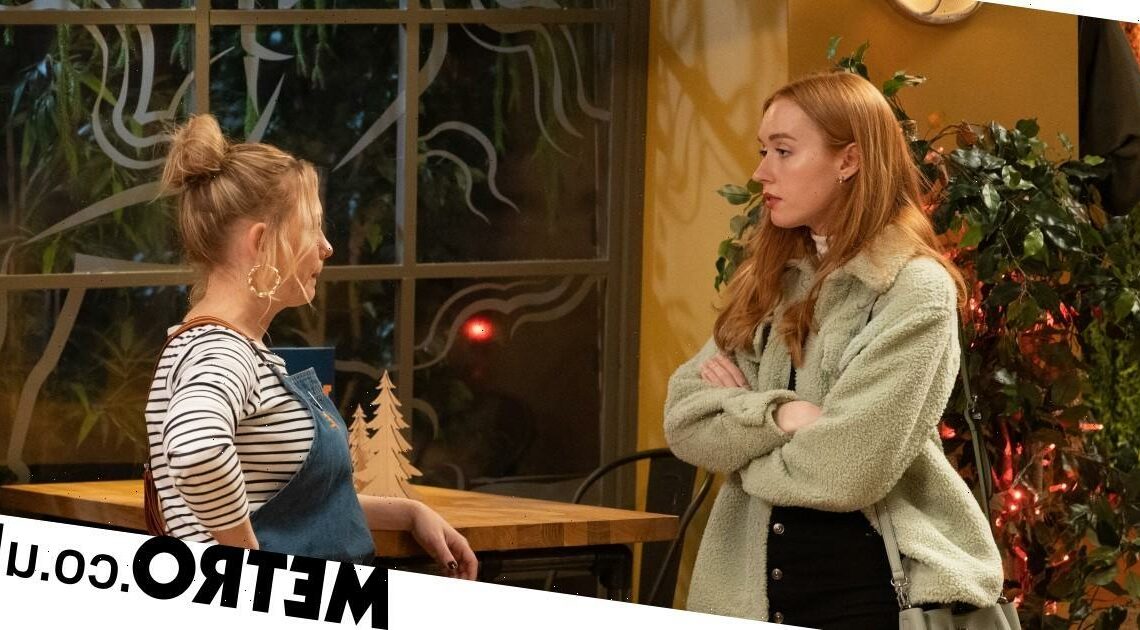 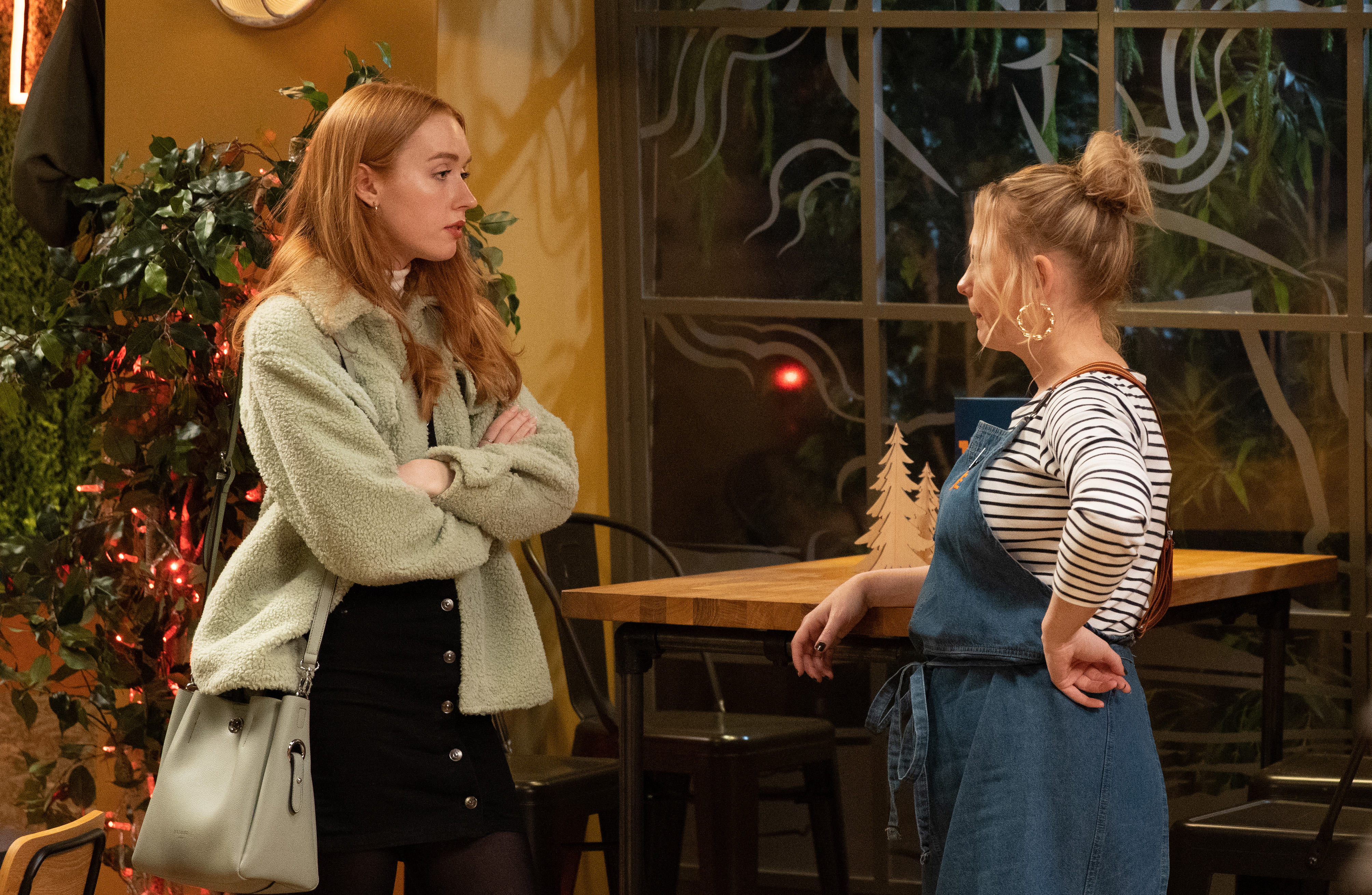 An argument between Charity (Emma Atkins) and Amy (Natalie Ann Jamieson) erupts at Esther’s christening this week on Emmerdale, which has massive consequences for more than one person in the village. As the argument gets physical, PC Swirling (Andy Moore) has to intervene – and Charity is arrested.

‘There’s definitely a lot of tension bubbling at the christening that has built up’ Jessie Elland, who plays Chloe Harris, said. ‘Chloe and Amy are confrontational around Chas (Lucy Pargeter) and Charity and soon rub Charity up the wrong way.’

Following Charity’s arrest, Mackenzie (Lawrence Robb) uses the hold he has over Chloe – that she’s pregnant with his baby – to try to get her to change her statement to support Charity rather than Amy. In the aftermath of this, Amy and Chloe fall out and Amy asks Chloe to move out.

Chloe realises she has nowhere to live over Christmas, and Jessie told us how she reacts to the desperate situation.

‘Chloe is definitely a bit of a swan in the sense that she seems very calm, aloof, and cool on the surface, but underneath her legs are going like mad,’ she said. ‘I think this situation is the perfect example of that. Chloe very easily convinces people she’s going to live with a friend in Leeds, and that moving away actually works in her favour. But very quickly we learn this is a lie and she has no plan, no money, and no idea how she’s going to look after herself, let alone her baby.’

Jessie told us that the reason Chloe reacts in this way is pride. ‘She knows that she isn’t wanted so before she can get kicked out she jumps the gun and says that she is going to leave for somewhere better anyway. We’ve seen Chloe get rejected a lot since she moved to Emmerdale, it’s something that she finds really hard to deal with and is a big factor in making her build up this cold exterior, so she’s trying to create her own narrative of moving away before Amy can do it for her.’

Of course there is another person that she could potentially turn to – Mackenzie. Surely he wouldn’t stand by and let the mother of his child be homeless?

‘Chloe is extremely reluctant to look towards Mackenzie for help in any situation,’ Jessie insisted. ‘She’s a very proud person and I think she wants to prove to herself and everyone else that seeing as though she’s been rejected left, right and centre she’s going to go and make a life all on her own.’