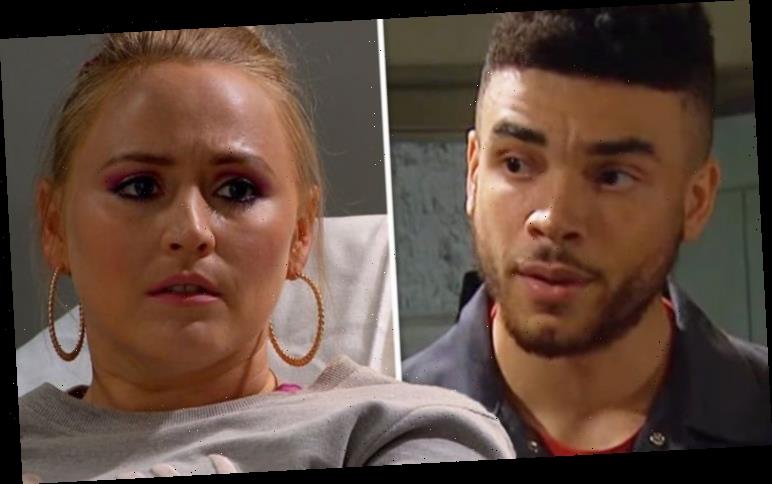 Tracy Metcalfe (played by Amy Walsh) and Nate Robinson (Jurell Carter) will welcome their first baby together this week and although the pregnancy wasn’t planned the couple seem stronger than ever in Emmerdale. However, financial concerns will continue to plague the Dingle farmer and he could be forced into committing crimes to make ends meet. But, if the new mum discovers Nate has jeopardised their family, she may throw him out for good.

Speaking to Express.co.uk, Emmerdale stars Amy and Jurell discussed the financial pressures of having a baby.

She said: “They’re obviously quite anxious as any couple before the birth of their baby.

“But I think Tracy is enjoying the build-up until she kind of gets that Nate’s not enjoying it as much and then she starts to panic.

“But they’re in a good place really I think they’ve come through a lot through this pregnancy.” 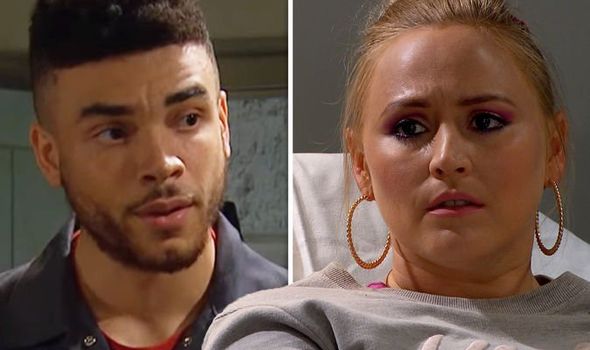 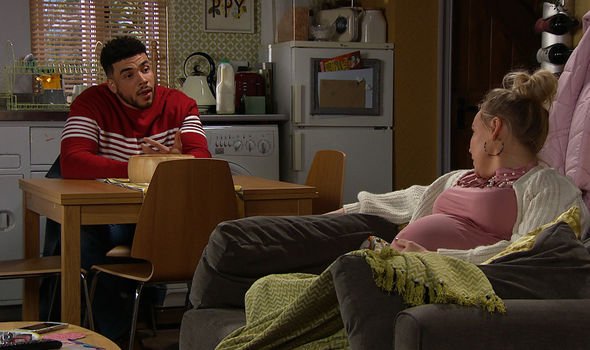 “It’s a make or break situation, much like it has been for many couples through COVID and added pressures of life,” she explained.

“And made them who they are as a couple it’s fast-forwarded them massively in their relationship and actually they’re in a really good place.”

“I’d say, Nate, is terrified,” Jurell added. “I think he’s [experiencing] financial pressure. He’s quite old school in the respect that he feels he needs to provide for his family.

“So having that strain on top of being just terrified of being a new Dad I think he’s hiding a lot of pressure. 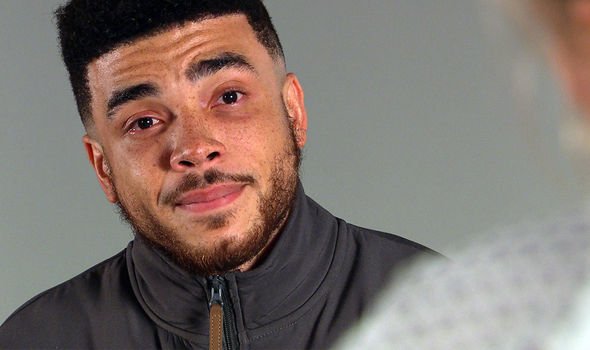 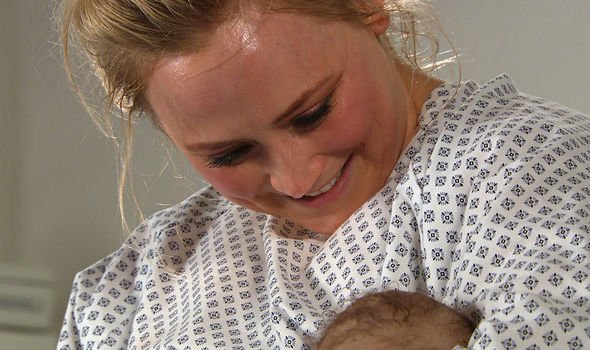 “But I think for the relationship I think he’s trying to front and it’s going to come across as confident and excited and ready but at the same time, he is dealing with all of that.

“It’s making it a little bit hard for him but I do think he’s really excited. I just think it’s the added pressure of feeling a little bit unstable financially.”

As the reality of being new parents sinks in, will financial pressures force Nate to turn to dodgy dealings to make ends meet?

When Nate offered to take the blame when Belle Dingle (Eden Taylor-Draper) was arrested for Moira Barton’s (Natalie J. Robb) hit-and-run, the new mum pushed her boyfriend away furious with him for risking their future.

If Tracy discovers Nate has been putting his freedom in jeopardy by committing crimes, she may turn against him and throw him out.

Meanwhile, Jurell detailed a touching heart-to-heart Nate and Cain will have while Tracy’s in labour.

He said: “Nate’s left the labour room and he’s going to get coffee and to calm down and ground himself and then he stumbles across Cain.

“I don’t think he expects him to be there so I think it’s a nice little surprise that he’s still there. Cain makes an excuse to say, ’It’s a bit too late to go to the hotel now’ because he was meant to have a date with Moira.

“But he’s a really nice heartwarming scene between father and son and Cain just grounds Nate, and he puts things into perspective.”

“He also goes on to compare how Cain’s never been there for any of his children’s birth except for Isaac. But not for Kyle, Debbie or Nate himself and he says, ‘You’re here, that’s way more than I’ve done,’” Jurell continued.

“He goes on to talk about how children just need your presence and it’s a really nice touching moment.

“Nate’s really touched just by the fact that Cain’s there for him and he’s got that support because you know his mum’s not here, who’s been in his rock for his whole life.

“He’s fairly new to the Dingle clan, and he does feel a little bit alone in terms of family but having his dad there which is always what he wanted and needed it’s a really nice heartwarming moment.”

Emmerdale airs on weekdays on ITV at 7pm.

Nordstrom's March Arrivals Are Here, and These 21 Pieces Should Be on Your Radar
World News