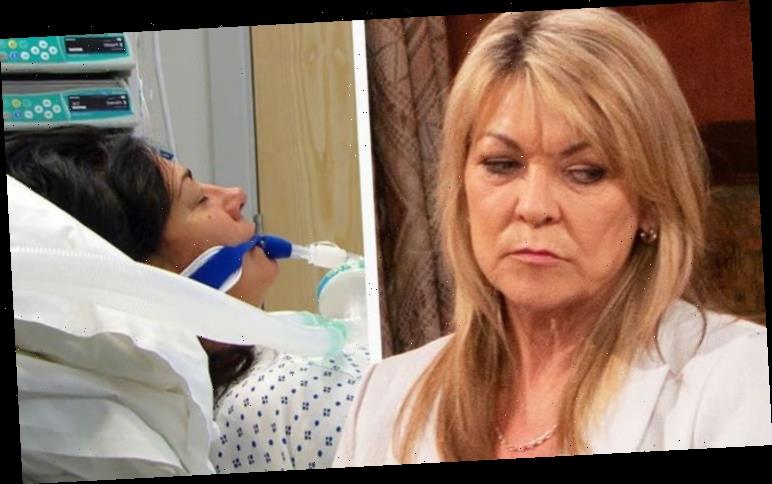 Emmerdale spoilers: Moira Barton chance of survival in the hands of Kim Tate – here’s how

Emmerdale resident Moira Barton (played by Natalie J Robb) was hospitalised last week following a hit and run which saw her left on the roadside fighting for her life. Her condition is critical, with a ruptured liver and several broken bones, and while the soap has kept the outcome of the accident a secret, it seems Moira’s fate could like in none other than Kim Tate’s (Claire King) hands.

It has been heavily suggested that the culprit responsible for Moira’s injuries is Jamie Tate (Alexander Lincoln).

In scenes which aired last week, the village vet was seen getting behind the wheel and driving manically in a bid to find his estranged wife Andrea Tate (Anna Nightingale) after she had fled the Dales.

Viewers saw Jamie reach a speed of 90mph before hitting something – which he initially thought was an animal.

But when Lydia Hart (Karen Black) turned up for her cleaning shift at Home Farm and revealed Moira had been rushed to hospital, Jamie put two and two together and realised he had in fact, hit Moira with his car. 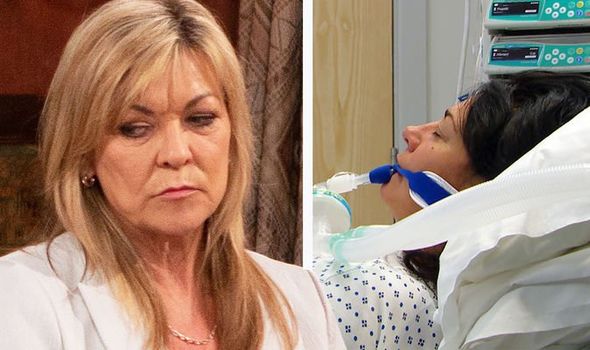 Secrets in soaps don’t stay secret for long and in upcoming episodes, Andrea will tell Kim what her son has done.

Emmerdale fans are wary of Andrea at the moment; earlier this week her true colours were shown when she issued a threat to Jamie, suggesting she would go to the police and expose his involvement in Moira’s accident if he left her.

And it seems Andrea won’t stop until she has trapped Jamie firmly in their marriage.

According to the latest soap spoilers, Andrea is going to let Kim know all about Moira’s accident and reveal it was Jamie who ran the farmer over. 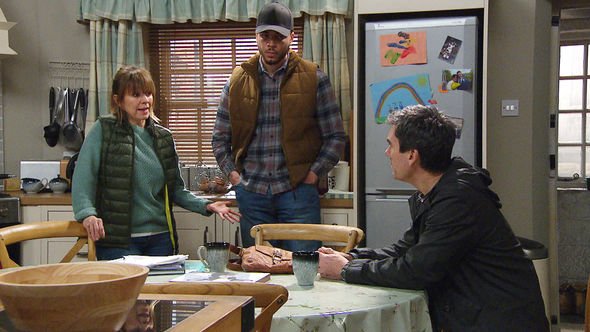 This will come after Kim drops by Butlers Farm where she will rumble Nate Carter (Jurell Carter), Rhona Goskirk (Zoe Henry) and Moira’s new partnership.

Interrupting a meeting between Nate, Rhona and Cain Dingle (Jeff Hordley) who has also just found out about the business venture, Kim will claim their deal is an act of revenge against her.

Unconvinced by Rhona’s denial, Kim will threaten to bankrupt Bulters Farm unless they start talking.

With the farm in financial difficulty already, could Kim be their lifeline? 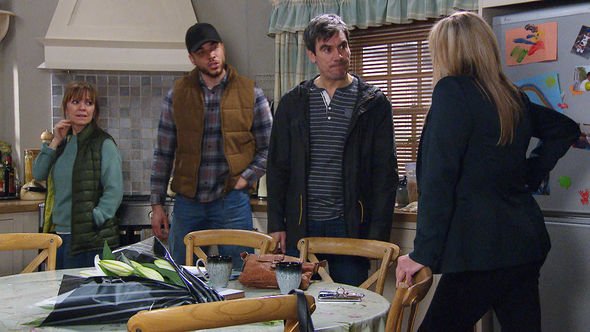 ITV viewers will remember Rhona joining forces with Moira after she inherited a great deal of money from Graham Foster (Andrew Scarborough).

The former vet gave Moira’s business a much-needed cash injection, but Rhona didn’t realise how bad the finances were.

She then struck a deal with Nate, a rival farmer, to meet the demand of a local restaurant’s order.

All this was done behind Moira and Kim’s back, but Moira was informed earlier this month. 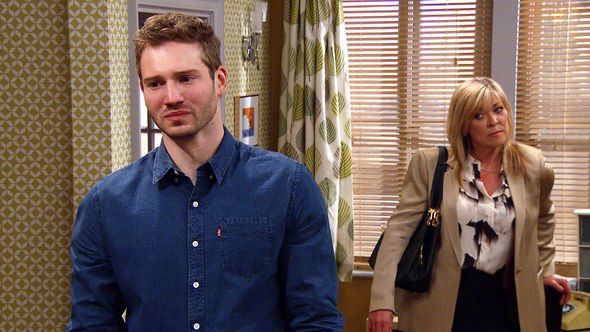 With Moira now in intensive care, there is a chance, Kim could offer a lifeline to both her personally and her farm.

Considering Kim’s great wealth, could Kim bail Butlers out and then pay for Moira’s private treatment.

After all, Moira’s injuries are apparently life-threatening according to the actress who spoke to Express.co.uk and other press.

Kim could feel the need to do so, after she finds out it was her son who was responsible for Moira’s accident.

But in doing so, it seems Cain and Rhona will be striking a deal with the devil.

Viewers know the great power Kim has over the village – so this could be the start of her taking more and more control of local business and rising up as Emmerdale’s matriarch.

Emmerdale airs Monday, Wednesday and Friday at 7pm on ITV.