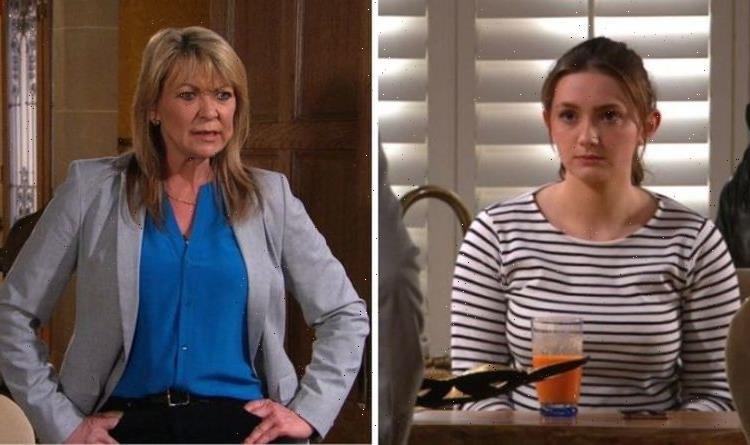 Kim’s dramatic Emmerdale exit has been sealed, with the soap favourite set to meet her end next week. She’s been trying to work out who’s been poisoning her drinks lately, and sets a plan in motion to catch the culprit. But unfortunately, things don’t end up going very well, and grim scenes will see Kim leaving Home Farm in a body bag. Fans of the ITV soap will know Kim will no doubt leave a huge gap in the village, with her entertaining schemes often providing moments of humour in the show. Speaking to Express.co.uk, Claire talked about Kim’s potential predecessor.

When asked what she makes of Gabby (played by Rosie Bentham) being the “soap b***h in waiting”, Claire said: “She [Rosie] doesn’t need any pointers.

“She’s a brilliant little actress, she’s great. And the good thing is we do work well together and we’ve been doing quite a lot together, it’s really good.

“So it’s just kind of like a mini me type. But no, Kim’s groomed her from the start really and saw something special in her.”

She added: “Well, something special in the ways of Kim!” 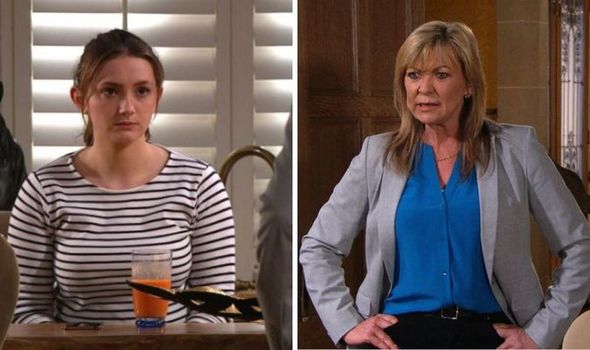 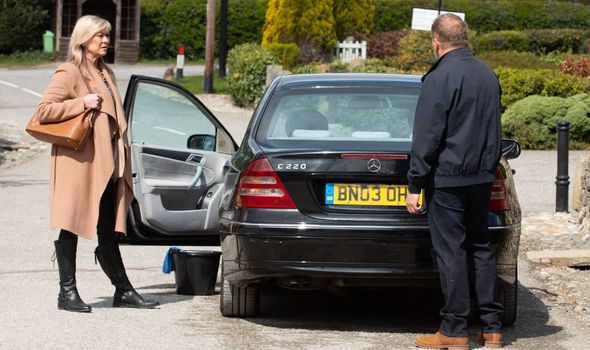 Claire continued: “So I think she’s kind of really groomed her and looked after and moulded her into her ways.

“So Gabby, taking that money – Kim gave her a chance to do it by saying to her: ‘When somebody is not looking, you take what you can get.’

“Well that’s exactly what she did. And she kind of knows that, but there’s a bit of mistrust now.

“So I think she’s got to work her way back, I mean she’s been treating her quite appallingly but in Kim’s eyes it’s like ‘I’m just teaching you a lesson so you can be my little minion for a while until you’ve earned my trust back.’ 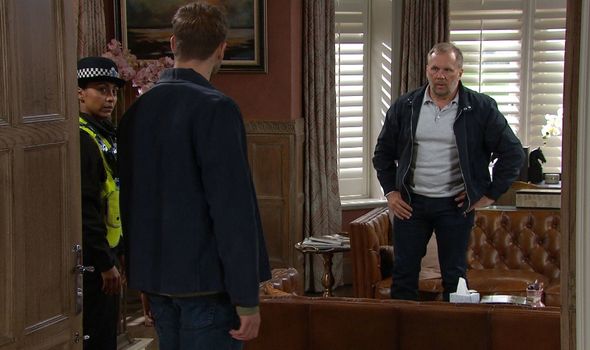 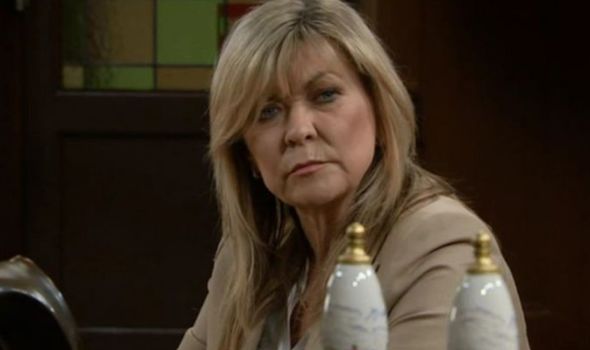 “And that’s her way of doing it but, you know, Gabby really looks up to Kim, and in a way, she has kind of looked after her.

“I know it’s in a somewhat debauch manner, but she has looked after her and she’s given a roof over her head.

“She’s given her a great job, a good position, money, whatever she wants for the baby Kim will provide.

“I know Kim’s got ulterior motives on that, because that’s her grandchild.

“But Gabby’s appreciated it and let’s face it, her mother wasn’t around all the time.

“And now she’s back, well I think there’ll probably be some clashing there when the baby arrives, but we’ll see what happens then.”

Claire also discussed the shocking scenes to come, which will see Kim and Jamie Tate’s (Alex Lincoln) plan to catch Will Taylor (Dean Andrews) out end in disaster.

After setting up a camera that Jamie is watching from his office, the pair think they will get evidence of Will poisoning Kim’s drink. But when Jamie gets distracted, he comes back to the house to find Kim has died.

Talking about whether viewers can still expect more secrets to explode, Claire explained: “Yes, they will be.

“Because there are twists and turns in it so I think when it comes out, it doesn’t sound as obvious as how I’ve just told you now. I think it will be a shock at the end of it.”

She added Kim is initially “heartbroken” by the thought that Will would attempt to kill her.

Emmerdale continued on Monday at 8pm on ITV.