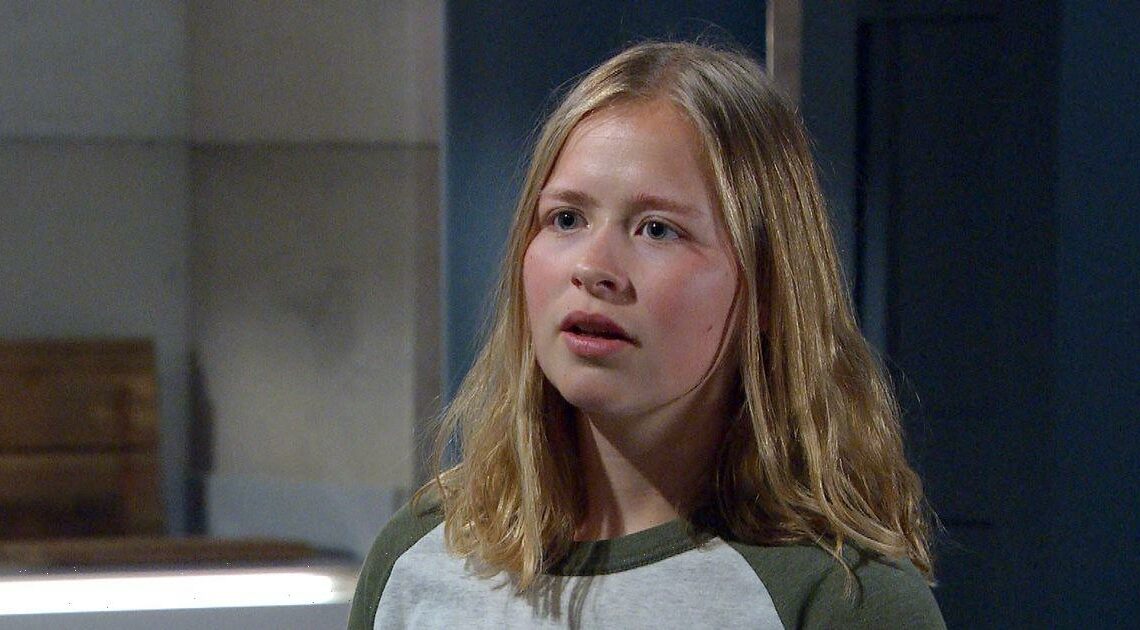 Emmerdale actress Isobel Steele has been part of the soap world for over five years.

The youngster, 21, landed the role of teen troublemaker Liv Flaherty on the ITV soap in 2016, and has since won numerous awards for her portrayal – including a British Soap Award in 2018 for Best Young Actor.

Isobel from Salford, Greater Manchester is playing the soap's first asexual character and has been at the heart of some big storylines revolving around her character's sexuality, alcoholism, and run-ins with the law.

Isobel has been acting since she was a child, starring in ads for Park Foods, Iceland, Harveys Furniture and Bernard Matthews Ltd between 2008 and 2010.

In 2013 she played Nicky in Lost before appearing in British drama Our Zoo as Barbara in 2014.

She also popped up in a short film called A Father’s Day as Chloe.

Isobel, who attended Philips High School in Manchester, took a break from Emmerdale to sit her GCSE exams in 2017.

She regularly shares glimpses of her private life on social media, including her incredible singing and songwriting.

In a previous interview, the actress told Inside Soap: "It’s just something I have always done. I’ve enjoyed the piano from a young age. I had lessons, and now write songs, so I thought I might as well share them.

"My music taste varies a lot, but from the start someone who has inspired me is Adele. She writes her own music and is brilliant."

However, it seems she's quite serious about her musical endeavours because she released her own album at the age of just 18, named Sounds from the Lounge.

Upon the release of the EP, she proudly wrote: "My EP Sounds from the lounge is out now. Mental.

"I spent a lot of time working on on this project, the main reason being, these were the first songs I’d ever written and I actually had no idea what I was doing.

"So a massive thank you to Mike at HQ studios. And a special thank you to my dad who wrote all the bass parts and helped me bring these songs to life with his wonderful ideas and input."

More recently, she also revealed another of her many hidden talents when she shared her secret flair for painting.

Despite amassing thousands of fans across the country, the young star is still not quite used to the spotlight and said she isn't the biggest fan of walking the red carpet.

“It’s not my thing at all, I feel more comfortable in joggers. It’s all good fun, though," she once told Inside Soap.

"Everyone thinks there’s rivalry between the soaps but when you see people at these dos, we all have a good time."

Her younger brother Conrad is also not yet used to his sister's fame.

While they have a close bond, Conrad prefers to play Xbox instead of watching his sister on TV.

On set, Isobel has struck up a close friendship with co-stars Eden Taylor-Draper (Belle Dingle) and Danny Miller, who plays her character's half brother.

Earlier this year, there were also rumours that Isobel was dating fellow co-star Bradley Johnson following a "secret and romantic staycation" in the UK.

Handsome Bradley plays the young Vinny Dingle, who has been Liv's love interest in the village, but some viewers reckon the pair could now be off-screen beaus too.

It came after reports that the pair went on a cosy campervan holiday in Cornwall – with both of the stars sharing stunning scenic snaps of the trip.

The soap stars had been spotted by locals in the Cornwall area at beaches and campsites in Cornwall, and Isobel posted Instagram photos of the stunning views from the back of a duvet filled campervan with her co-star Bradley featuring in them.

The acting pair were "enjoying an adventurous staycation in the UK earlier this month", according to The Sun.

A source told the publication: "They looked to be getting on really well and really enjoying themselves on holiday.

“We thought we were seeing things. You don't expect to see people from the telly on a campsite."

Emmerdale airs weekdays on ITV at 7pm, with an extra episode on Thursdays at 8pm.