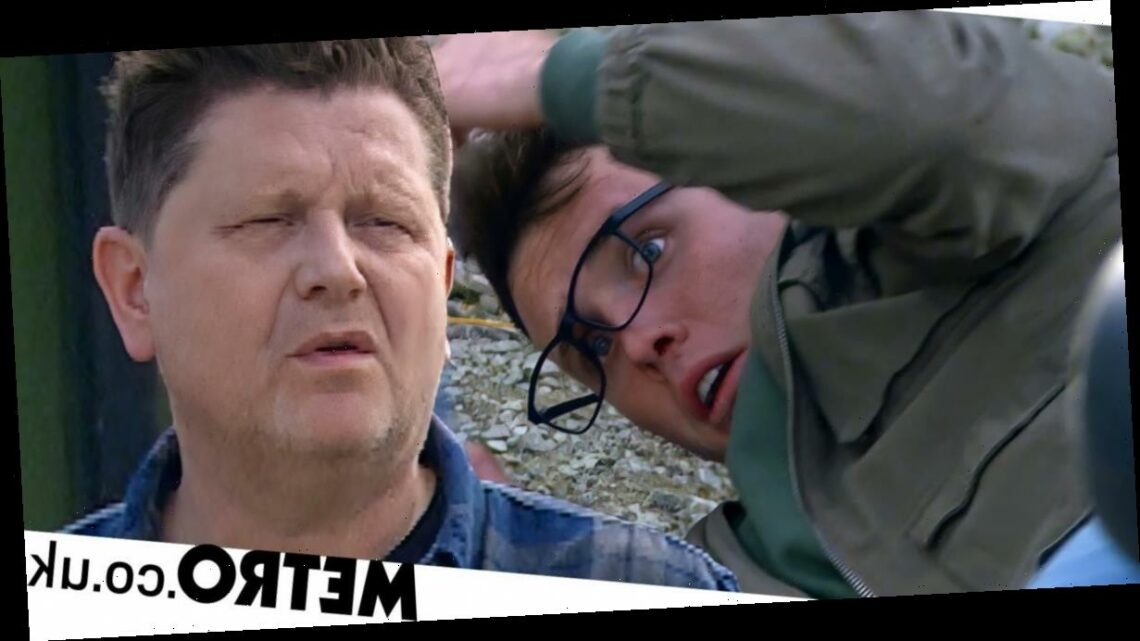 Emmerdale has been hit with 11 Ofcom complaints after it aired scenes showing gambling addict Paul Ashdale (Reece Dinsdale) brutally and repeatedly beat his son Vinny (Bradley Johnson), who had accused him of theft.

The scenes were certainly hard to watch but showed an insight into the way Paul can suddenly snap under pressure – and Vinny was left traumatised after the attack.

Ofcom looking into complaints doesn’t mean that the show has done anything wrong and they are yet to confirm whether they will officially investigate.

Vinny had clocked that Paul had stolen a watch to fund his gambling and asked him about it at the scrapyard.

Paul suddenly lost it, throwing his son to the ground and repeatedly kicking him as he shouted at him for not ‘leaving it alone’.

Afterwards, Paul fled the scene and Vinny has been left reeling by what his dad is actually capable of.

Many viewers praised the acting of the intense scenes and the storyline has more developments to come.

The stunt scenes were filmed in a socially distanced way.

What is Ofcom and what does it cover?

Ofcom is the regulator for the communications services that we use and rely on each day.

The watchdog makes sure people get the best from their broadband, home phone and mobile services, as well as keeping an eye on TV and radio.

Ofcom deals with most content on television, radio and video-on-demand services, including the BBC. However, if your complaint is about something you saw or heard in a BBC programme, you may need to complain to the BBC first.

Its rules for television and radio programmes are set out in the Broadcasting Code.

The rules in the Broadcasting Code also apply to the BBC iPlayer.

This Broadcasting Code is the rule book that broadcasters have to follow and it covers a number of areas, including; protecting the under-18s, protecting audiences from harmful and/or offensive material and ensuring that news, in whatever form, is reported with due accuracy and presented with due impartiality.

Audiences can complain to Ofcom if they believe a breach of the Broadcasting Code has been made.

Every time Ofcom receives a complaint from a viewer or listener, they assess it to see if it needs further investigation.

If Ofcom decide to investigate, they will include the case in a list of new investigations, published in the Broadcast and On Demand Bulletin.

An investigation is a formal process which can take some time depending on the complexity of the issues involved.

Ofcom can also launch investigations in the absence of a complaint from a viewer or listener.